Kingsport: What’s in a Name?

To live in Kingsport is to live among the names of people who built this town into a thriving community. Everyday we walk through parks, drive over bridges, and enter buildings named for these people. The new archival exhibit at the Kingsport Public Library puts faces behind those names.  I selected ten people and paired their archival portraits with modern photographs of the sites named in their honor. 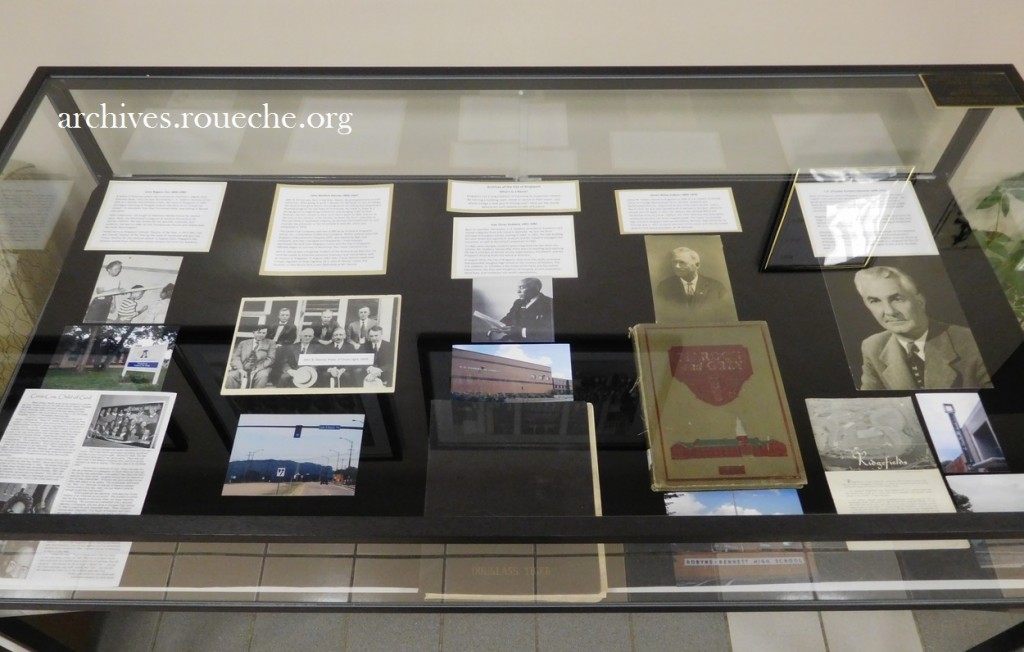 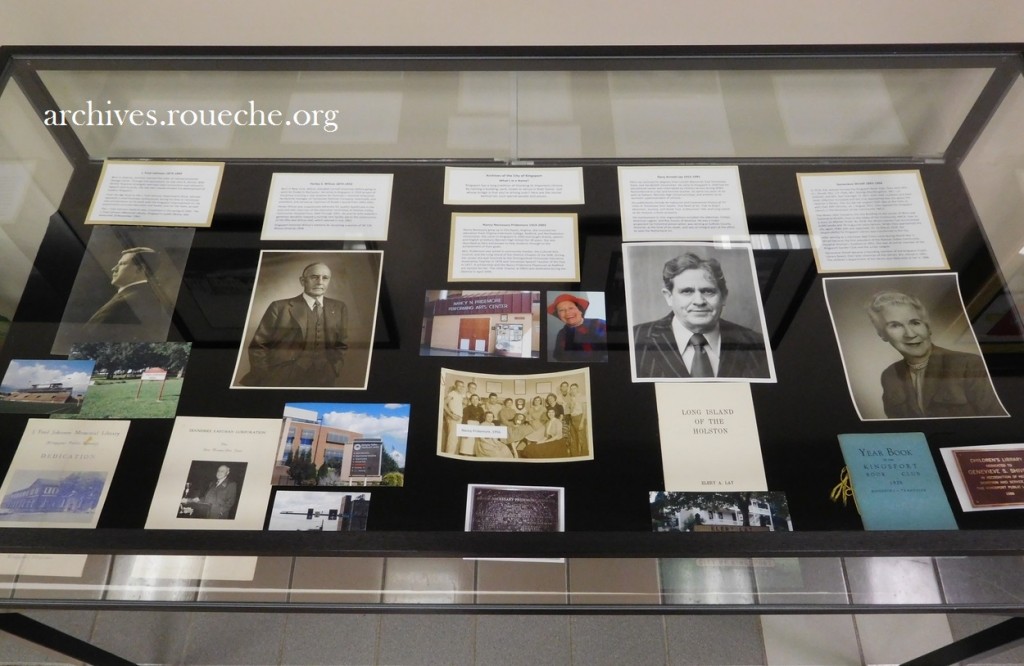 Following are a few examples from the exhibit. 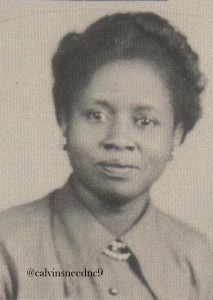 Cora Cox came to Kingsport in 1943 at the request of Principal Dobbins with Douglass School. Her ability to teach and coach and her master’s degree in special education made her an extremely valuable educator, earning her Tennessee Teacher of the Year award in 1977. Ms. Cox taught at Douglass until desegregation, she then spearheaded the Head Start program, taught at Robinson Middle, and at Johnson Elementary, where she created a program for autistic children. The Cora Cox Academy was dedicated in her honor in 2012. 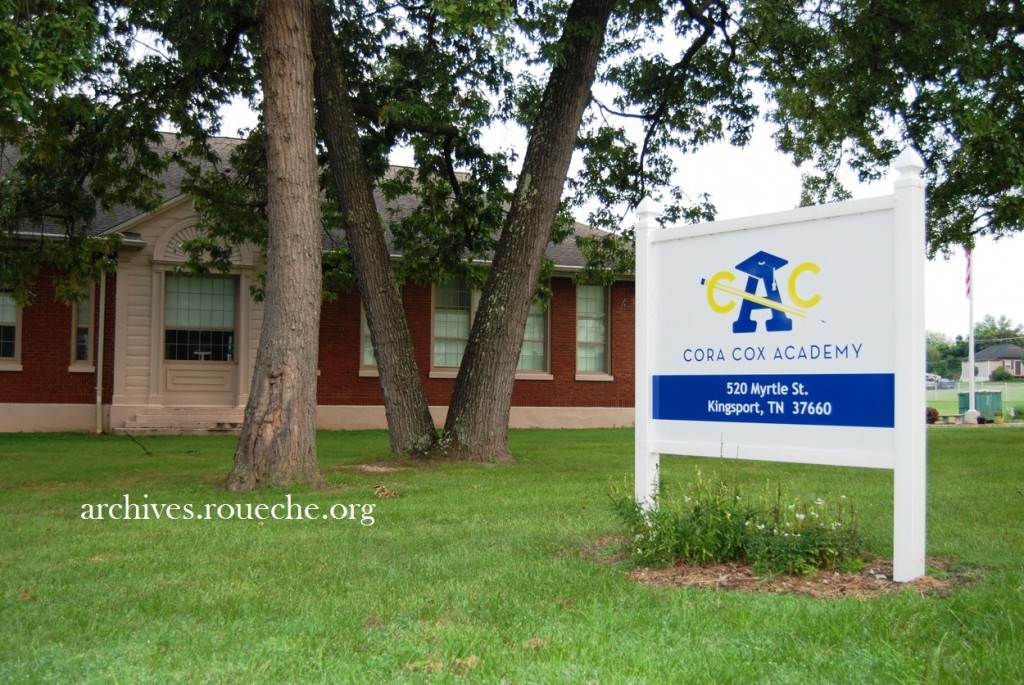 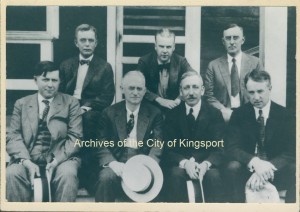 John B. Dennis, front row, second from the right.

John B. Dennis was a financier working for Blair & Co. in New York when he became aware of the opportunities for coal and railroad development in east Tennessee. He directed the purchase and distribution of 6,000 acres from the Carter Coal Co. which gave birth to the Kingsport Improvement Co. Dennis became Rotherwood Mansion’s newest resident where he could host visiting industrialists and developers from the east coast and promote the advantages of bringing their businesses to Kingsport. In 1963, Gov. Clement renamed a major portion of TN 93 “John B. Dennis Highway.” 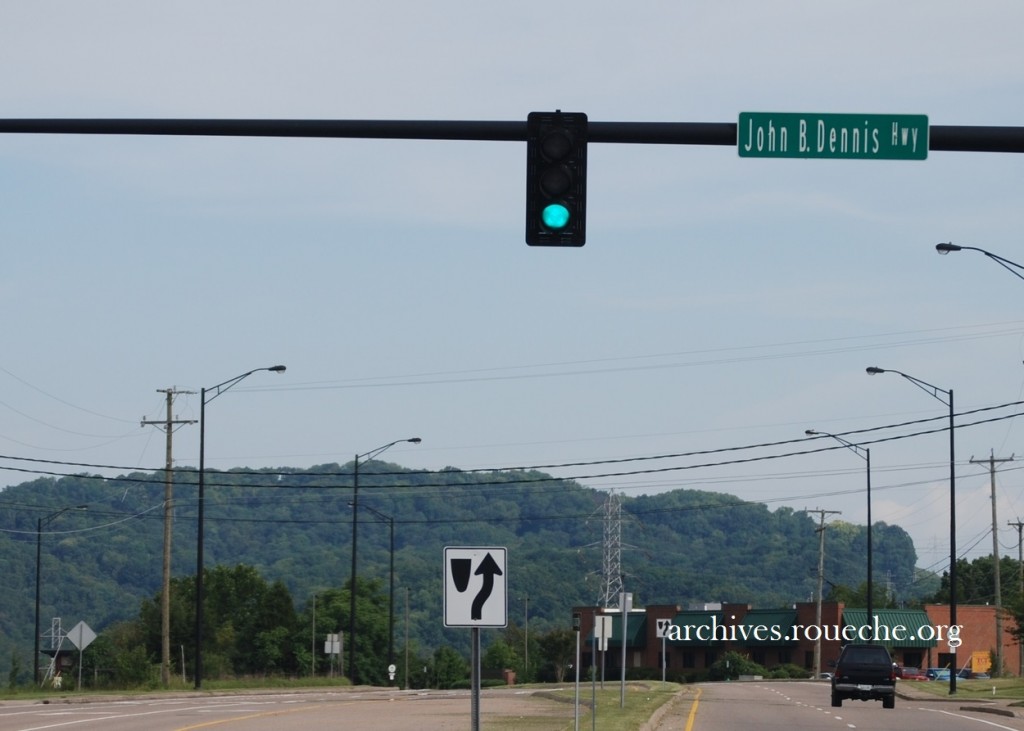 “John B.” with a view of Bays Mountain behind it. 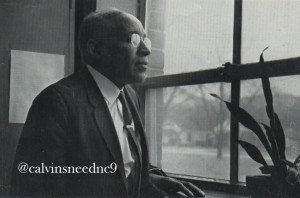 V. O. Dobbins was the third and last principal of Douglass School, from 1942-1966. As a math and science teacher, he also coached athletics. As a principal, he oversaw the transition from the old campus to the new in 1951, and the new campus through its expansion in 1962. Dobbins retired in 1966. After extensive renovation and expansion, the City of Kingsport turned Douglass School into a beautiful home for Head Start, non-profit agencies, several community health resources, and the Sons and Daughters of Douglass Almuni Association. The center was dedicated the V. O. Dobbins, Sr. Complex in August 2010. 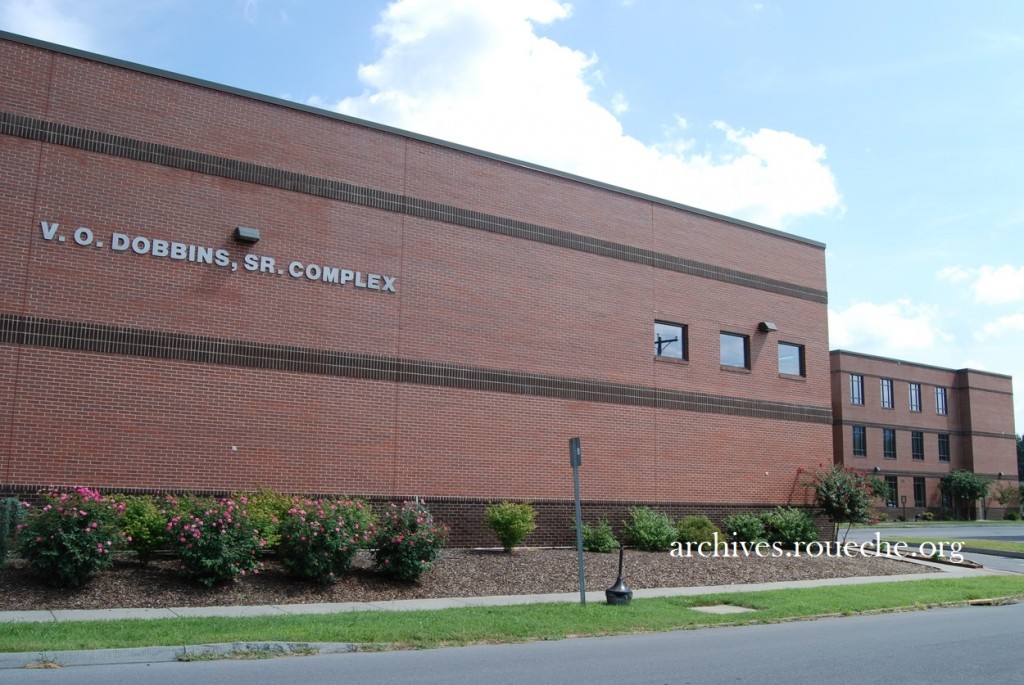 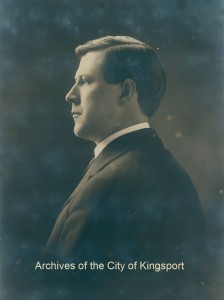 Brother-in-law to the coal and railroad promoter George Carter, self-made man J. Fred Johnson took over management of the Kingsport Improvement Co for John B. Dennis and became what locals called, “A one-man chamber of commerce.” In addition to courting business owners and industrialists, Johnson poured his heart into securing a modern educational system and healthcare for this town. J. Fred Johnson Park is the home of Kingsport’s Veterans Memorial and Dobyns-Bennett High School’s stadium. The public Library was dedicated to Johnson in 1961. The list of pallbearers at J. Fred’s funeral reads like a Who’s Who of Kingsport: 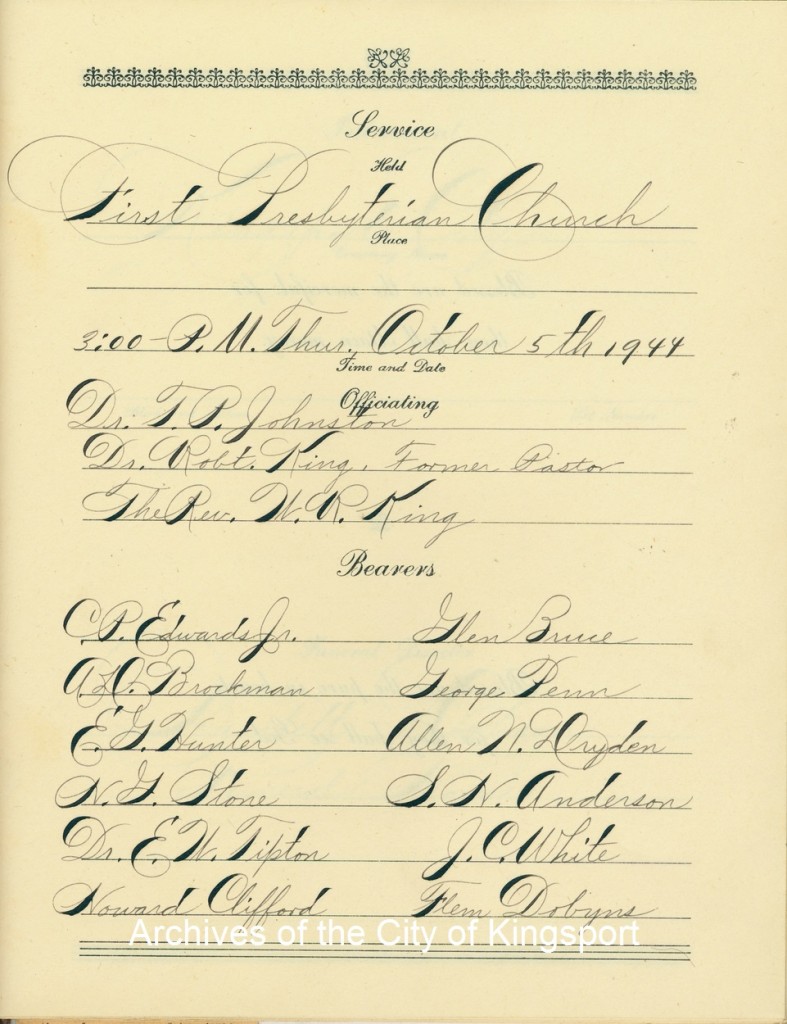 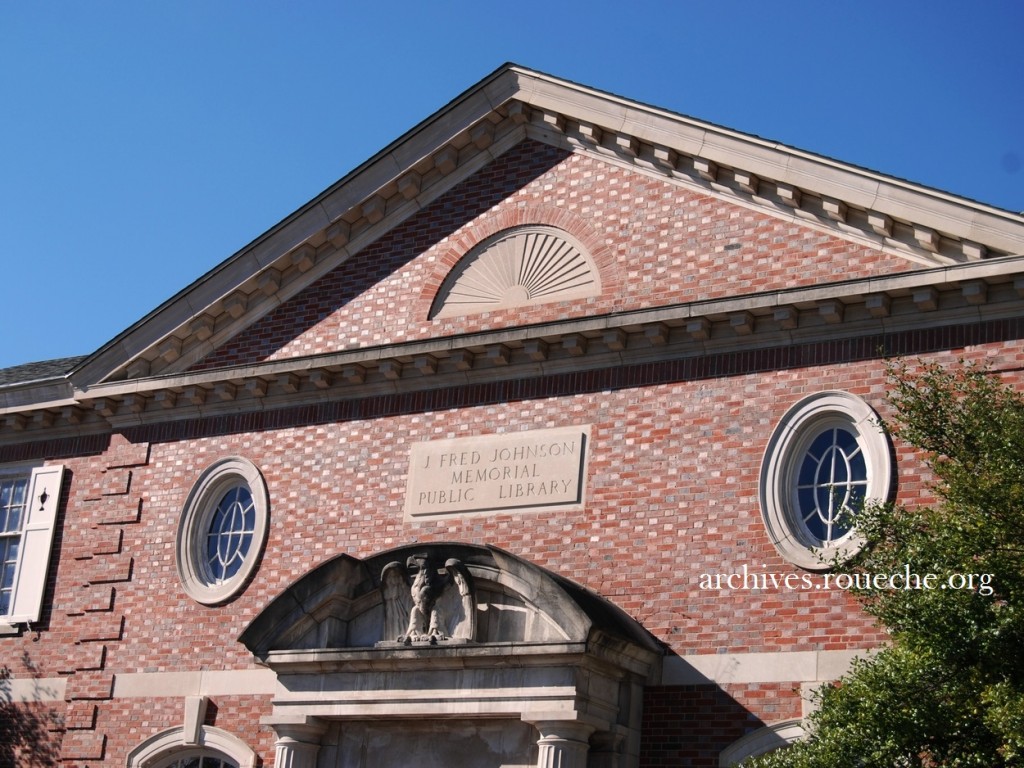 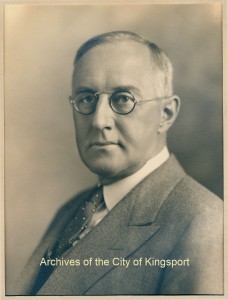 Perley Wilcox worked for Kodak in Rochester, NY, and was part of the visiting search team when George Eastman came to Kingsport looking for a chemical plant site. Wilcox became the manager of Tennessee Eastman and immersed himself in life here. He and his wife were devoted to bringing quality healthcare to the area, he was chairman of Holston Valley Community Hospital’s board of directors from 1944-1951, and his extremely generous donation to the facility paved the way for a fifty-bed nursing care facility that was named Wilcox Hall in 1961. The Kingsport segment of SR 126 was renamed Wilcox Dr. 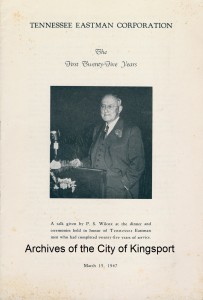 Come to the archives and read Wilcox’ speech about modern Kingsport and Eastman Chemical Co.’s first 25 years by a man who lived them. Fascinating! 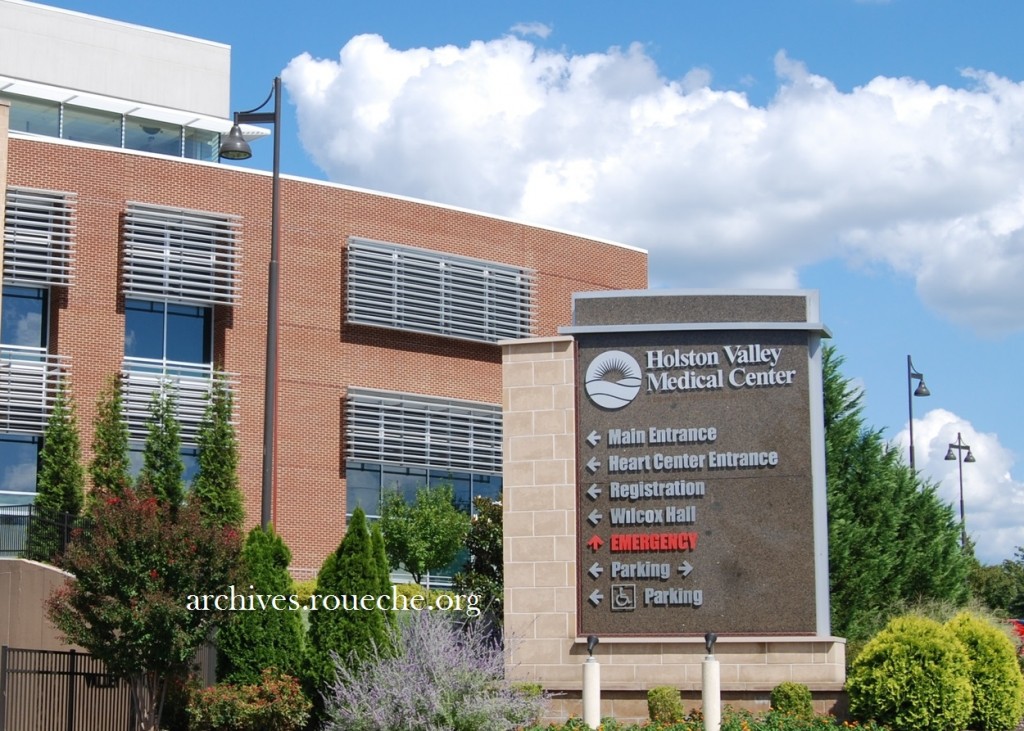 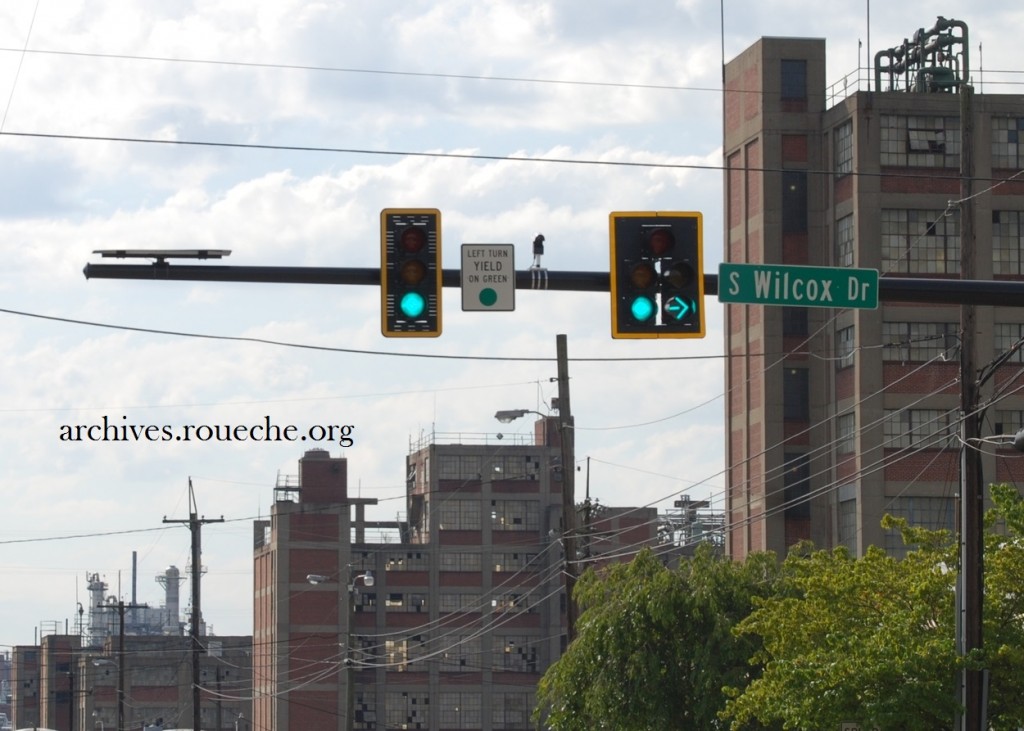 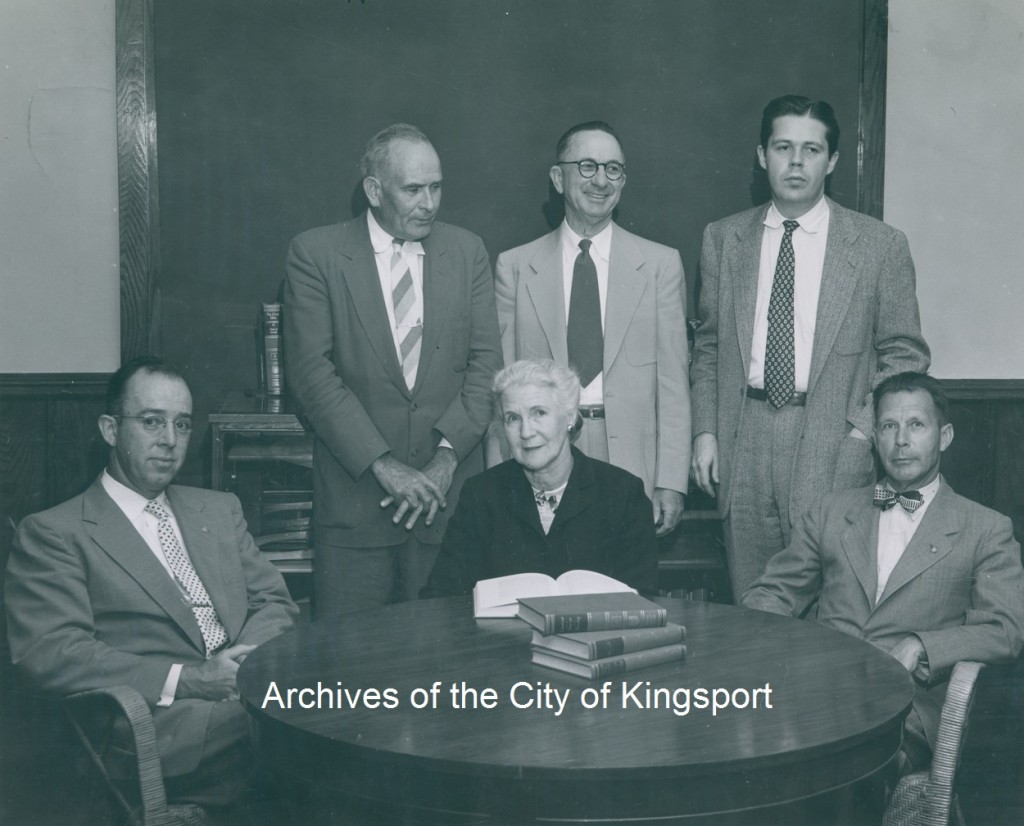 In 1919, Genevieve Shivell was one of five women who created the Kingsport Book Club. They approached the council of the new town with the need for a public library, but were turned down. Instead, the clever women took their 400 book collection and opened a lending library in the basement of the YMCA. They were turned down a few more times, but their membership, their collection, and their subscriptions kept increasing. After several more moves, the town finally agreed to build a library and take over responsibility of the institution in 1929. 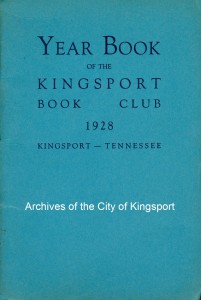 Three cheers for Genevieve and the Kingsport Book Club members!! She became a founding member of the library board and later its chairman. See her in the photograph above holding her own among all those stuffy men! The children’s department of the library was dedicated to her in 1986. 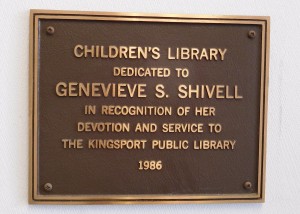 The exhibit “What’s in a Name” will be on display on the main floor of the Kingsport Public Library through the end of October 2015. If you want to know more about the history of these 10 individuals or about early Kingsport, please visit City Archivist Brianne Wright in the basement of the library.

5 Responses to Kingsport: What’s in a Name?