Kingsport: What’s on the Inside Counts

Posted on October 12, 2012 by Kari
Today, I processed another box in Series IV of the Spoden Collection; Journals, Ledgers, and Receipt Books. I have been procastinating about this particular box of notebooks because they are SO dirty that they are hard to read, and there are no titles on the covers.I started off by putting each of the five notebooks in its own folder so that the box wouldn’t get ruined from all of the dirt. Then I brushed each page with a soft brush. You should have seen the trash can when I was done. 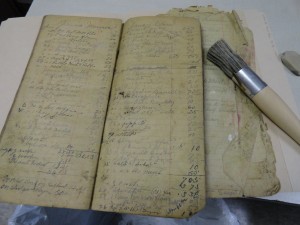 Each book was the same make and size. Each one said 190_ to 190_ on the front cover but were either too smudged to read or not filled out in the first place.

Turning and brushing page after page started to reveal clues, however. I learned so much, I was kind of glad the books were dirty after all….except for all of the coughing! 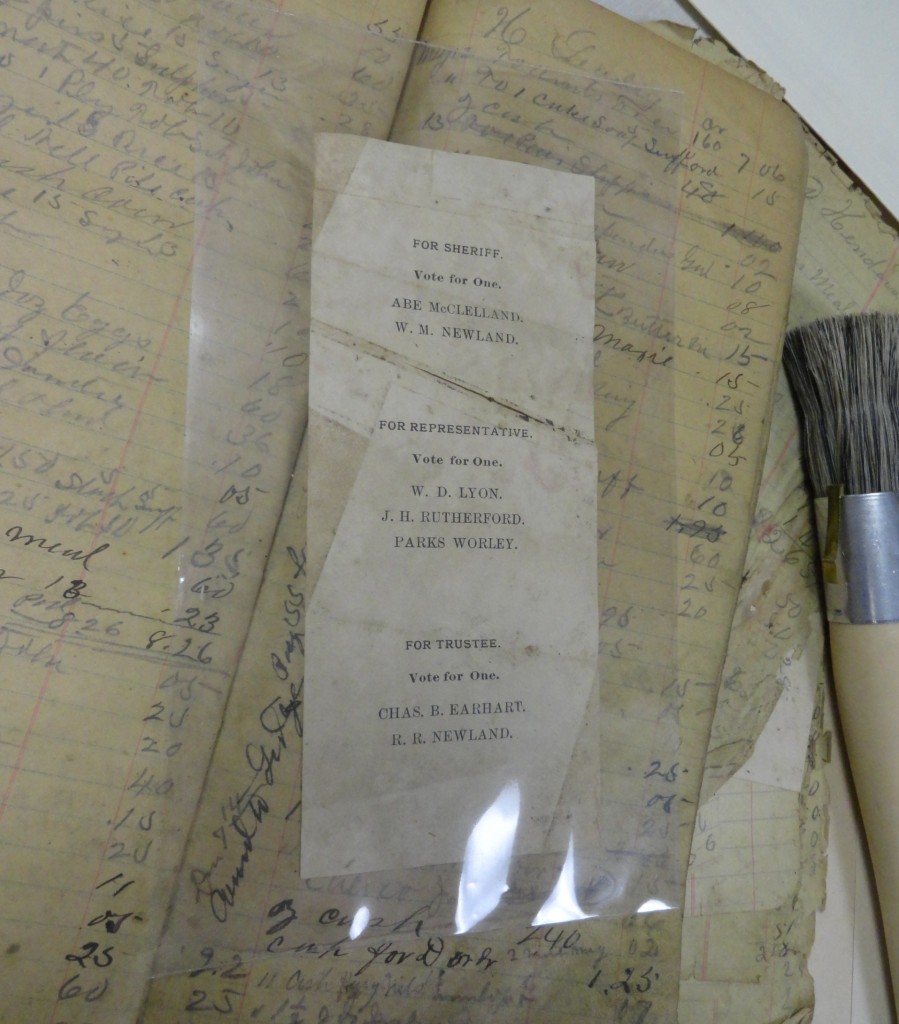 First I found a sample ballot. A little research would easily uncover the year that Abe McClelland was running for sherriff. This was folded up into a 1″x2″ square, so I am lucky I found it. 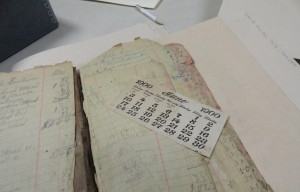 Next, I found a calendar for June 1900. That was helpful! 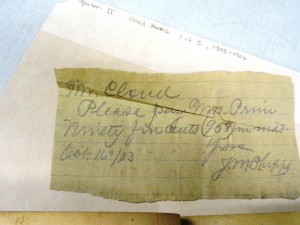 This request gives us the name of the proprietor, as well as the date.

Then, I found one of these little request slips that I’ve blogged about before. This piece of evidence of Kingsport’s early barter system tells us that this notebook was for a store (I think one or two of the notebooks might have been a child’s). 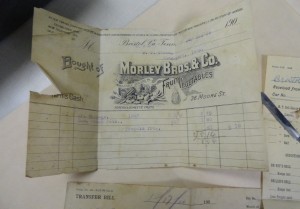 Lastly, I found three recipts crumpled together and tucked into the binding. Look at the cool logo for this produce company! It may not have a date, but the notebook owner’s name is neatly typed at the top. M.J. Cloud. 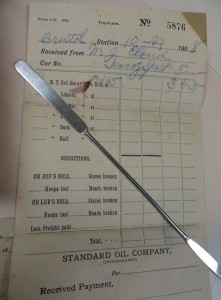 This receipt gives a date and repeats the proprietor’s name for verification. Bingo. So, after all of the sneezing was over, I was able to repeat this process for all five notebooks and feel pretty confident about my identifications for three and mildly confident about the fourth. Maybe a patron will get to experience an Archiventure and identify the fifth!
This entry was posted in Kingsport and tagged Archiventure, Identify, Kingsport. Bookmark the permalink.

2 Responses to Kingsport: What’s on the Inside Counts