A presidential election is just around the corner and it has me thinking about the ways Kingsporters have participated in politics and helped shape the area’s political history. That thinking and research has lead to a new archival exhibit at the Kingsport Public Library.   “Make Your Vote Count” covers 100 years of political history in Kingsport. Memorabilia from mayoral races, state elections, and national campaigns come from 12 different collections within the archives. This was a special opportunity to highlight items from the James H. Quillen Collection, KCMC 71. 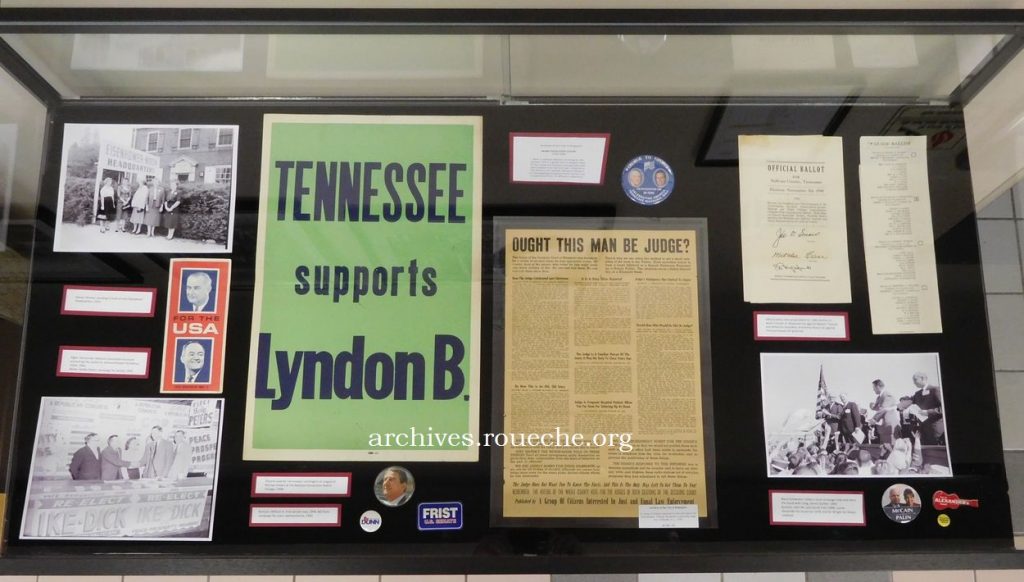 Items featured in the left case include a placard used by the Kingsport contingent of the League of Women Voters at the National Democratic Convention in Chicago, 1968, and an original 1940 ballot including presidential candidate Franklin D. Roosevelt and his opponents Babson, Thomas, and Republican nominee Wendell Willkie. 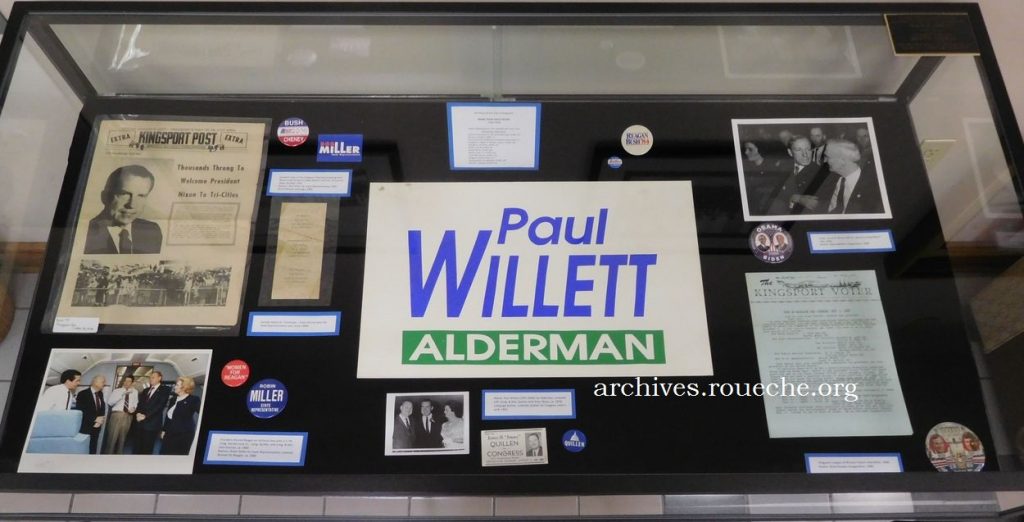 Items featured in the right display case include a 1972 copy of the Kingsport Post covering Richard Nixon’s visit to the Tri-Cities Airport and a 1989 button commemorating the Bush/Quayle inauguration.

Here are some of my favorite items in the exhibit: 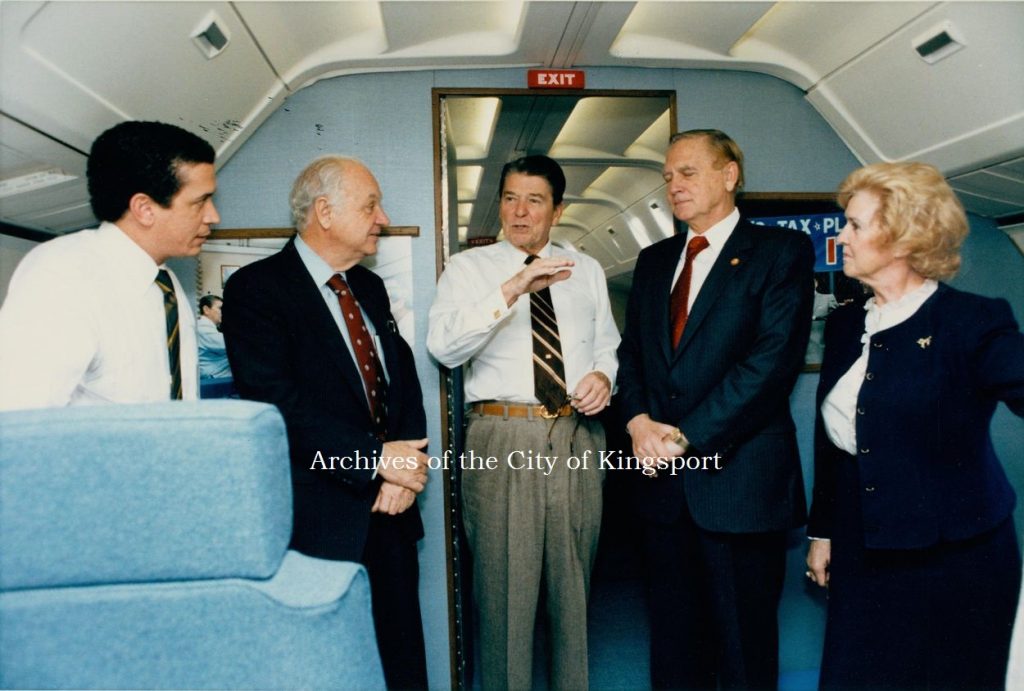 Jimmy Quillen, who served in the House from 1963-1997, was like the Forrest Gump of congressman. In this collection, the archives has photographs of him with presidents Carter, Bush, Nixon, and numerous other dignitaries. 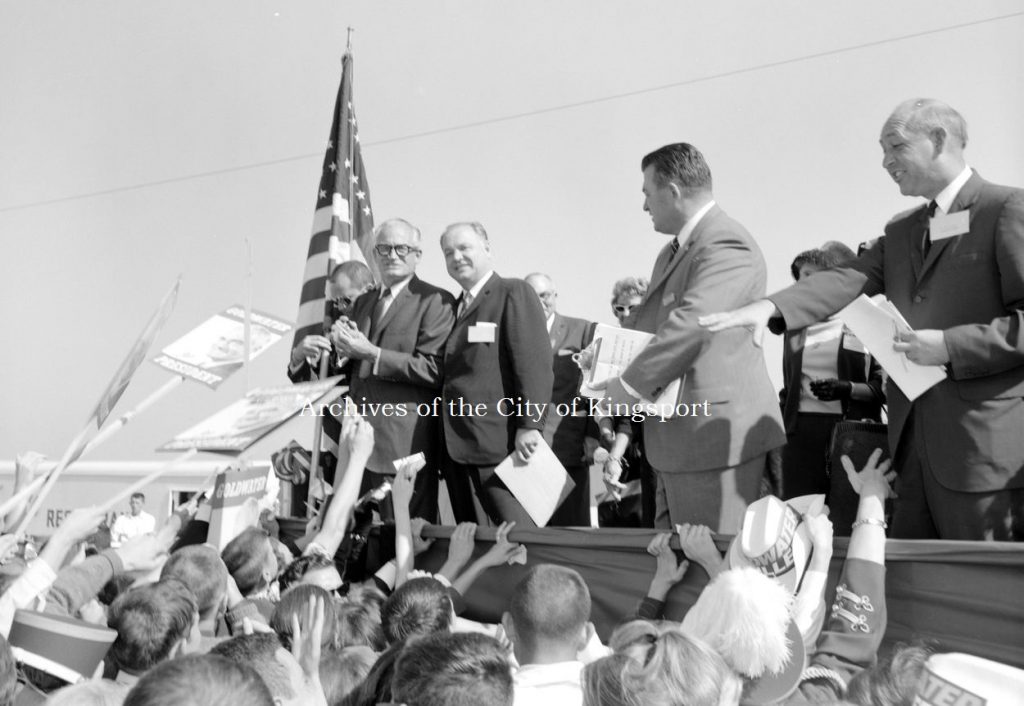 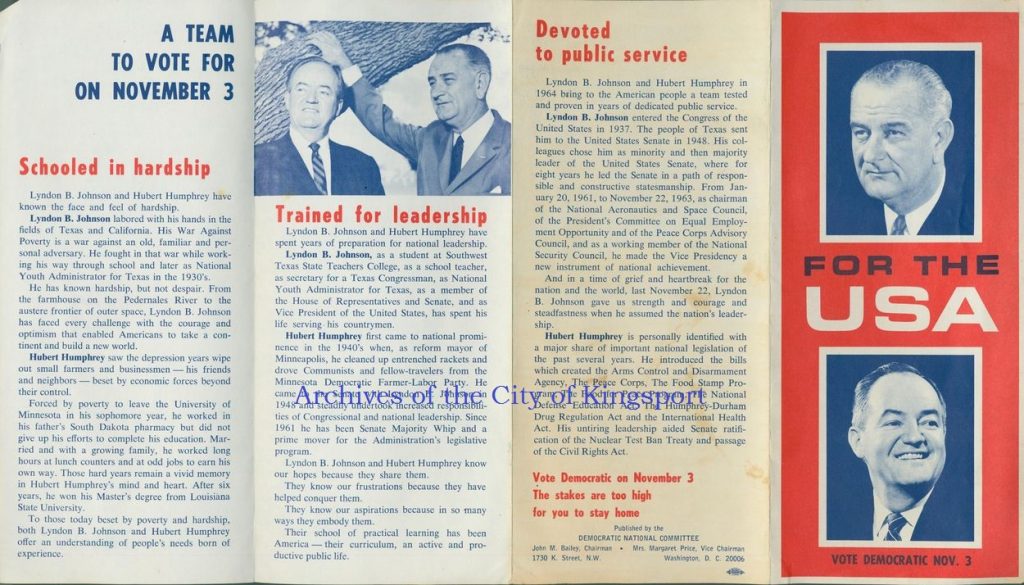 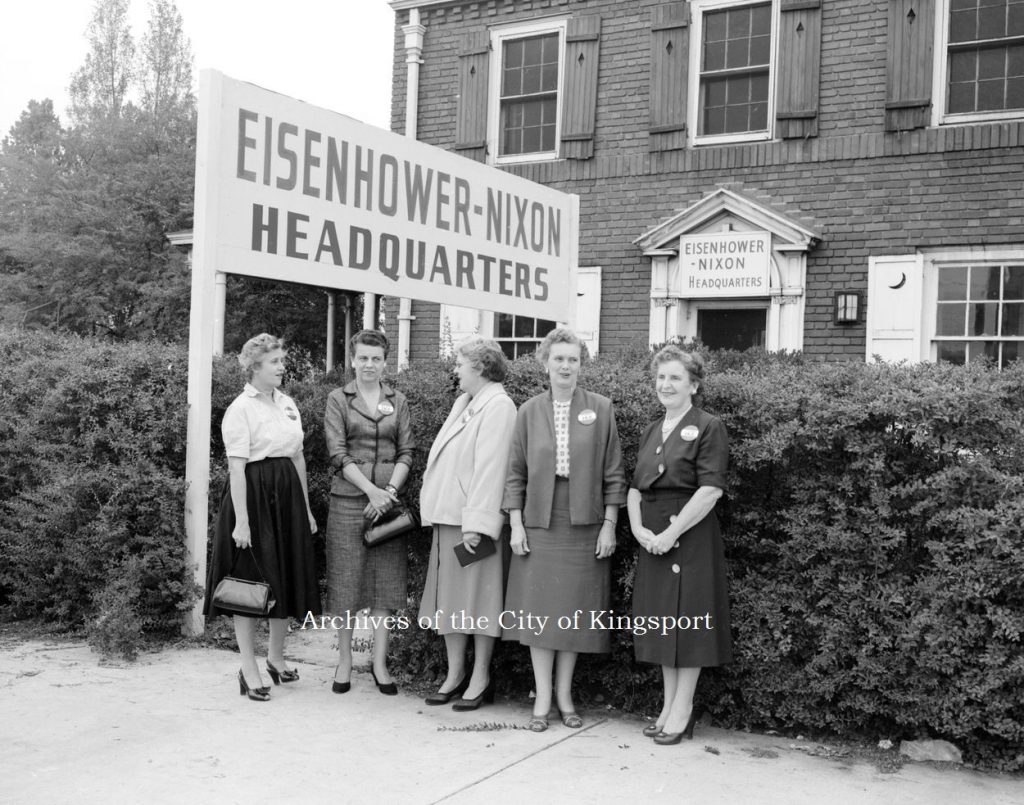 A local sample ballot, ca. 1913, for a Tennessee election which included Parks Worley.

James Parks Worley served in the Tennessee State Legislature for four terms. In his fight against the 19th Amendment and other suffrage bills, he is quoted by author Caroline Dillman (Southern Women, 1988) as claiming he represented “the women of Tennessee who were not present, but who were at home tending to their home duties.” Ironically, when he died in office in January 1921, his wife Anna Lee Worley succeeded him and determined to remove impediments to women holding office throughout the state.

“Make Your Vote Count” will be on display on the main floor of the library through the first week of December, 2016. If you are local, catch all of the Archives Month activities at the library in October, including weekly genealogy lectures Thursdays at 2pm, 3 new exhibits, and an Archives Open House Tuesday, October 25 at 5:45 followed by a 6:30 Betty Gibson Guest Lecture by Wayne Winkler on Melungeon history.