A new archives exhibit has been installed at the Kingsport Public Library and this one relates to the paper making industry that has been such a crucial part of the town’s economic development.

The Kingsport Archives has a wonderful resource that is rarely used by the community. It is a collection of bound Mead Company newsletters ranging from 1950-1970. Not only do these newsletters supply a wonderful visual history of the paper industry in Kingsport, of its employees, and families, but they also chronicle city events and personal lives with feature stories, photo essays, statistics, and more. The exhibit features 6 of these bound volumes and many other photographs, publications, and ephemera highlighting Mead’s history and achievements. 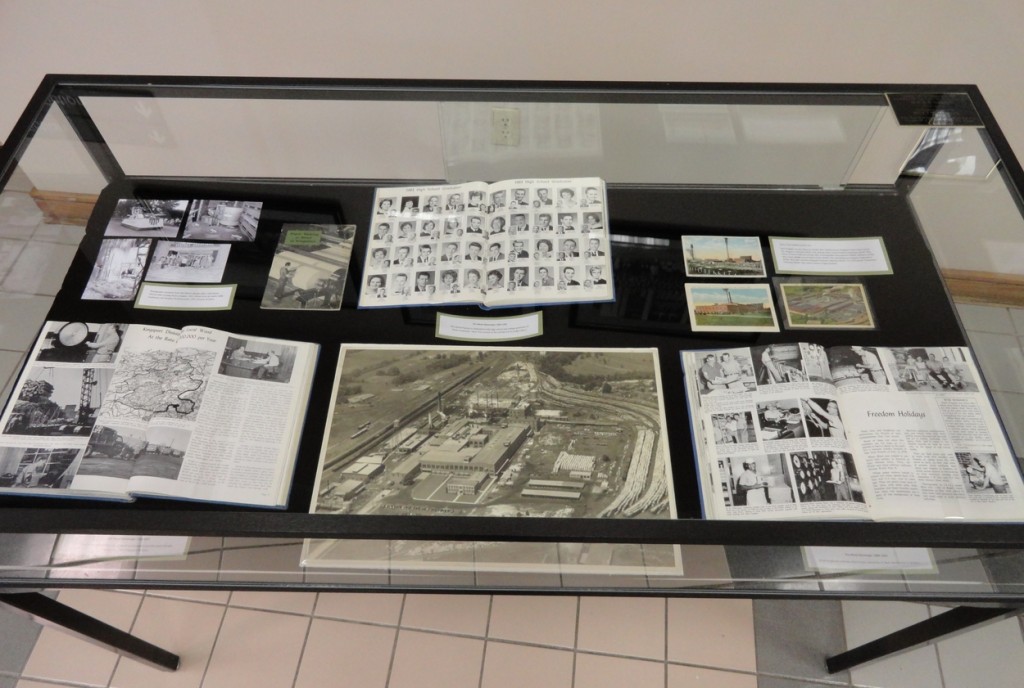 The exhibit case on the left boasts a 1938 Richard Alvey aerial image of the plant and three vintage postcards. 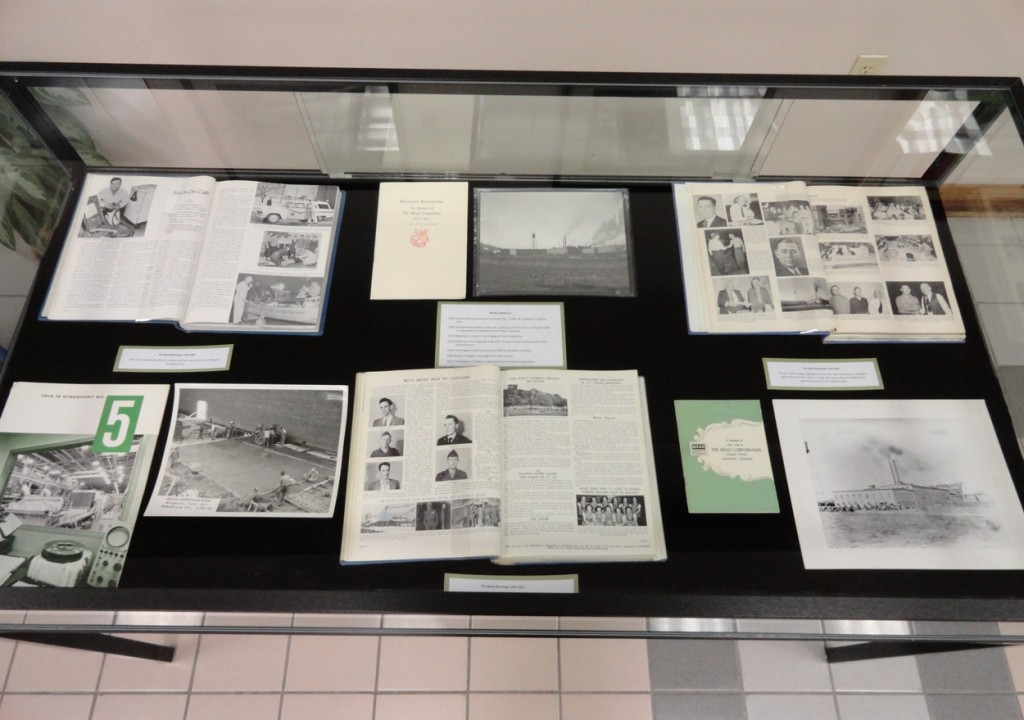 Several historic photographs are displayed in the right exhibit case, including one dramatic image of the plant surrounded by a sea of stacked, cut wood.

The archives is fortunate to have in its collection numerous Thomas McNeer photographs that document the commercial and industrial enterprises of developing modern Kingsport. Here are just two from the exhibit: 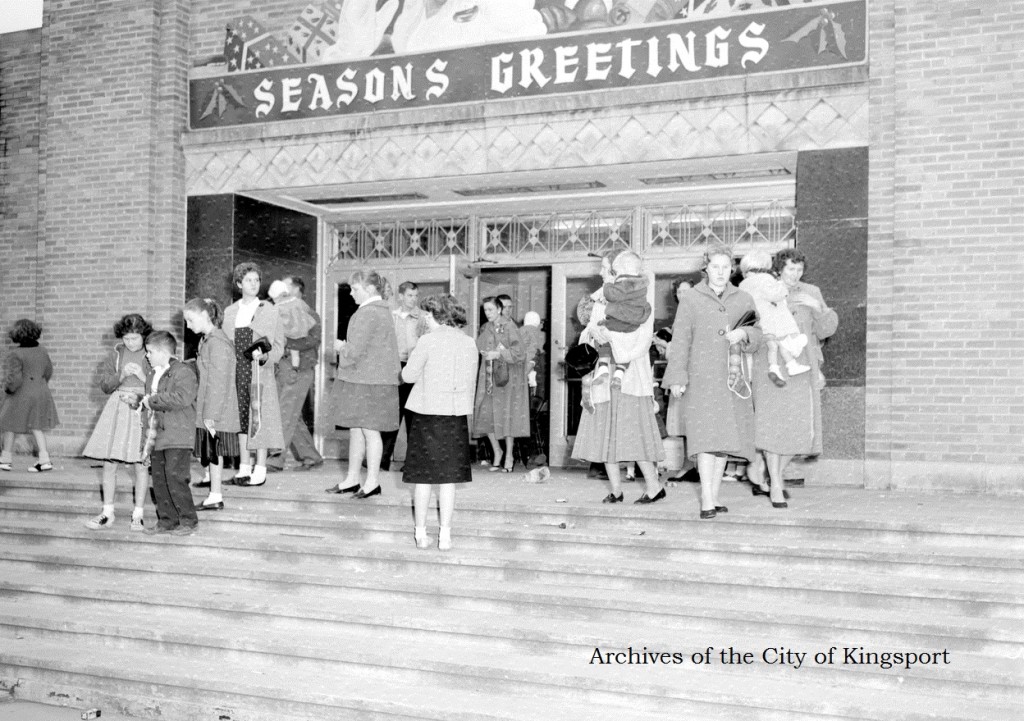 A 1957 Mead Christmas party for employee families at the Kingsport Civic Center. 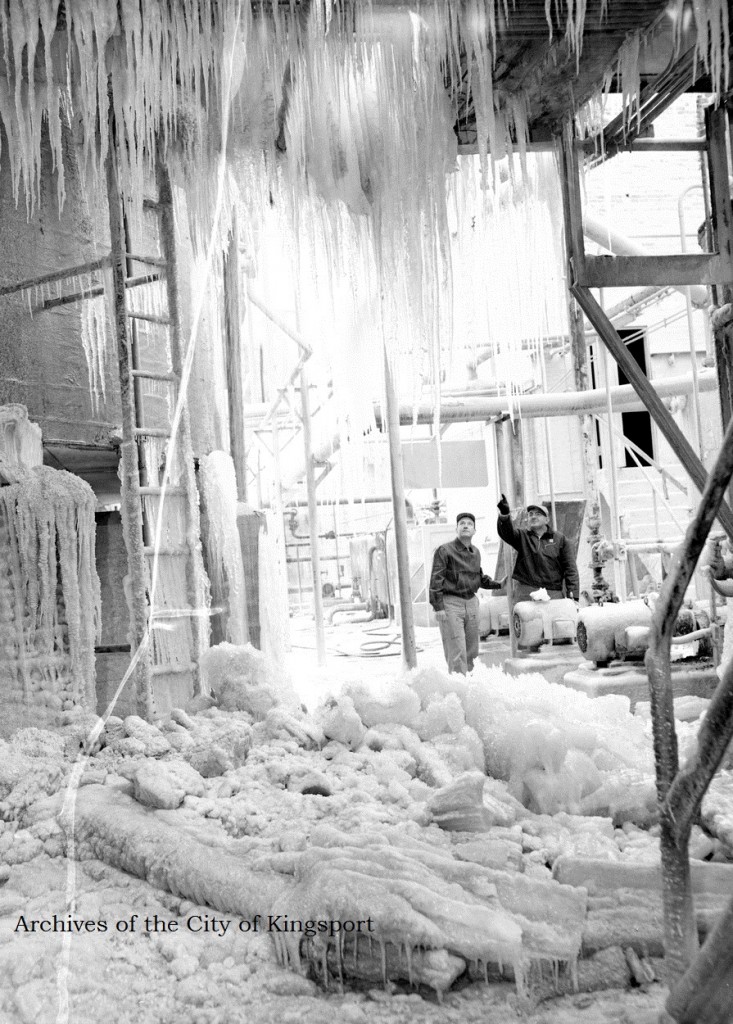 The condition of the plant after a 1958 ice storm.

Each year, the “Mead Messenger” devoted several pages to the high school and college graduates of Mead employees. This annual feature is a gold mine for family history researchers. 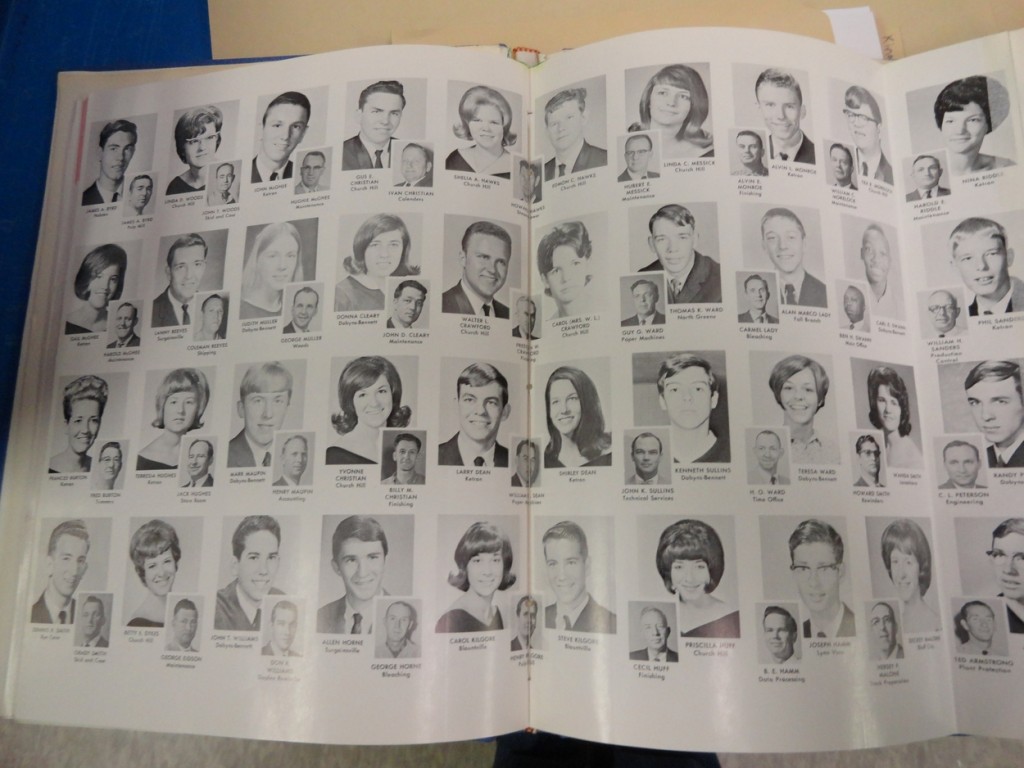 This 1969 layout lists the student’s names and school along with the employee’s name, photo, and job description.

I was really excited to employ a museum technique that I learned while visiting the exhibit “Of Sword and Pen” at the Museum of East Tennessee History in Knoxville. I used Plexiglas book stands to relieve pressure on the bindings and Mylar straps to gently keep the pages open without damaging the spines. I wasn’t handling materials as fragile as the ones in the Knoxville exhibit, but the principles are similar. 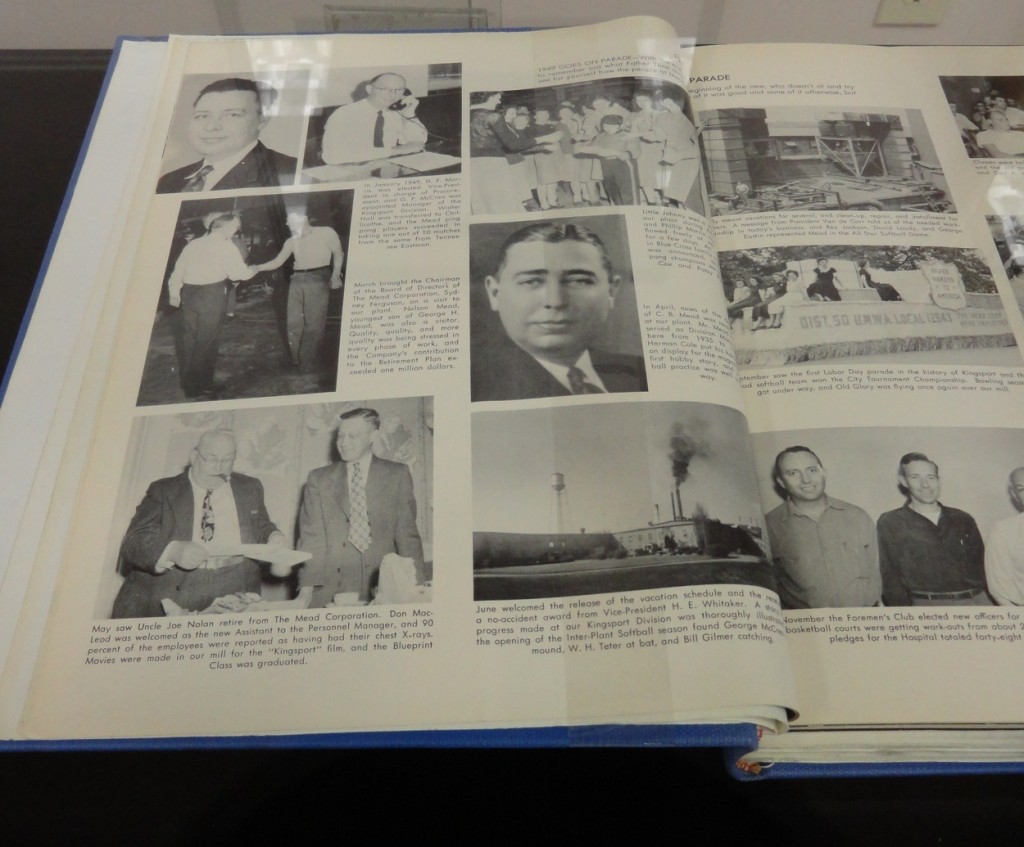 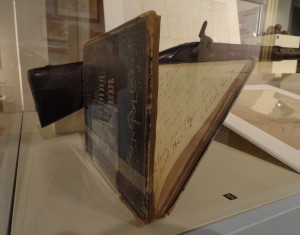 The Inspiration: a stand allows this valuable book to open to a safe width while the Mylar band secures the pages to the stand, preventing the book from closing.

Mead owned the Kingsport Division for 75 years. For a chronology on the plant’s history after Mead relinquished ownership, see Domtar’s Kingsport Mill page.

The Mead Paper Co. exhibit is on the main floor (2nd) of the Kingsport Public Library on either side of the elevator and will be up through July 1, 2014. Items in the exhibit come from the following collections.

This entry was posted in Kingsport and tagged exhibit, industry, Kingsport. Bookmark the permalink.

One Response to Kingsport: The Mead Paper Co.