Genealogy: How will you be remembered? II

Did you know Moses was instructed by the Lord to retain family treasures for his posterity? After the Israelites began receiving Manna in the wilderness, the Lord commanded “Fill an omer of it to be kept for your generations; that they may see the bread wherewith I have fed you…(Exodus 16:32-33).”

My mother was in junior high when her grandmother passed away. Great-grandmother was saving a set of embroidered tea towels for my mom, but when Mom set up housekeeping for herself, she did not have the heart to use the precious towels. So, her mother saved them for me. Here is my favorite. 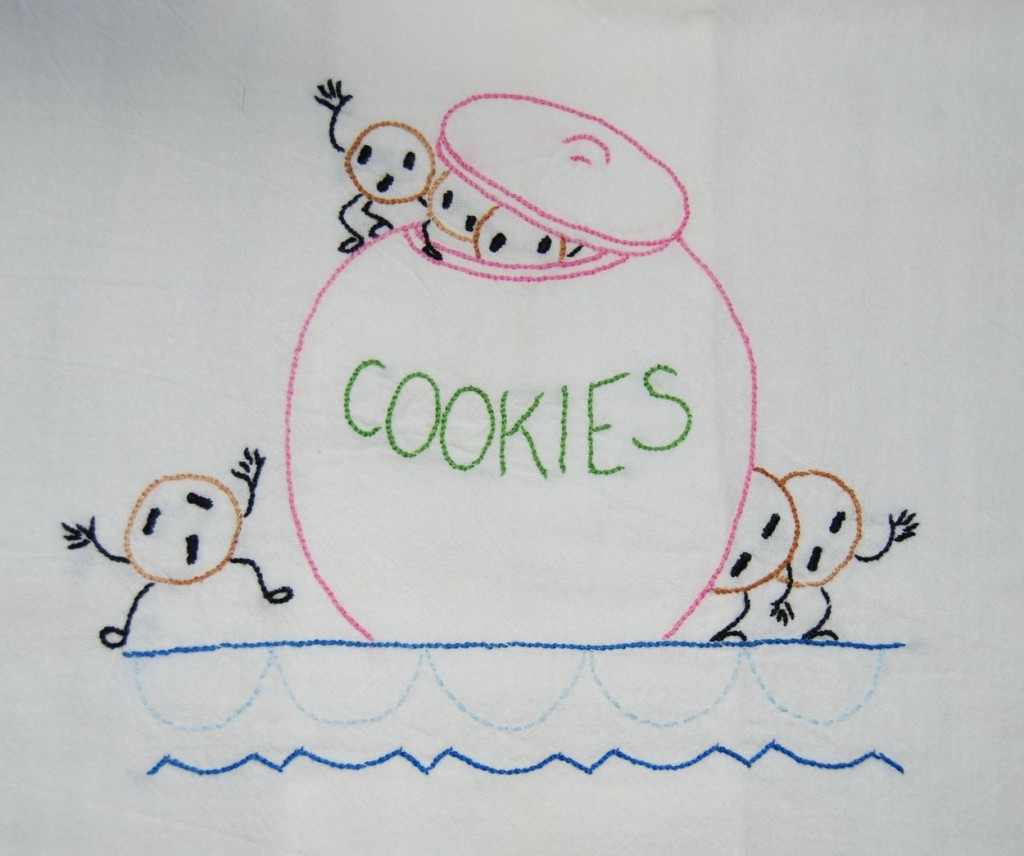 My grandmother wrote a note and included them with the gift. Following are the envelope and note. What is interesting is that my grandmother disguised her writing. I think she did this so that I would think of my great-grandmother when I read the words and not of her. 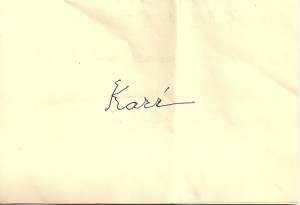 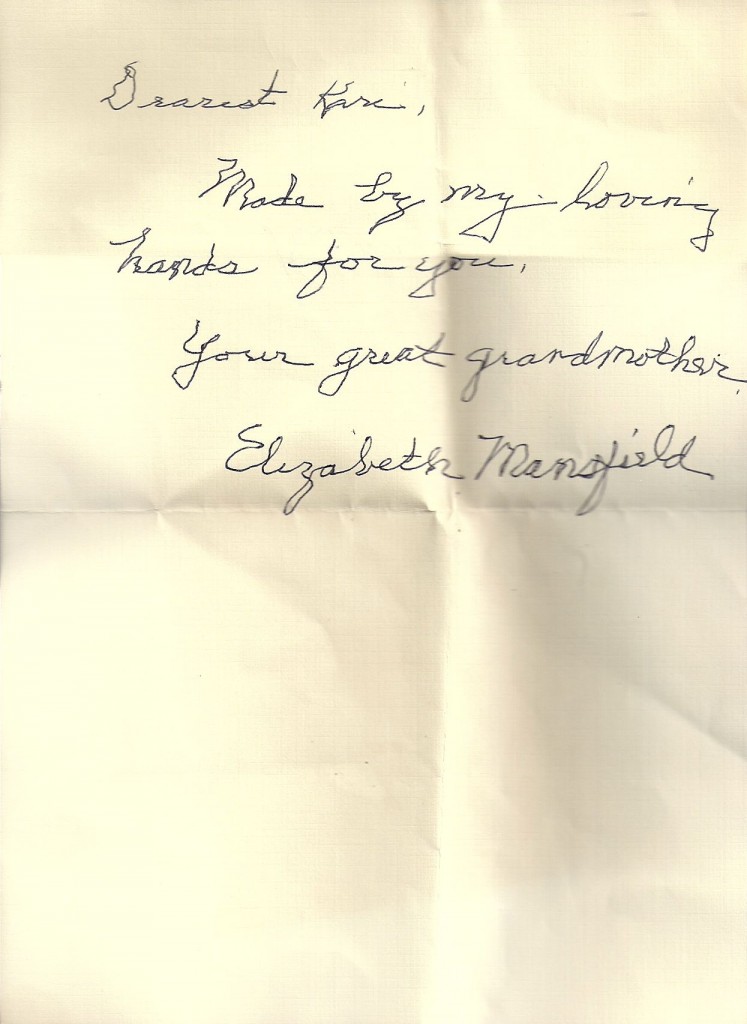 A future project of mine will be to do some research on the patterns, their history, popularity, and so on. You might want to check out this Pinterest board by Nancy Lewis to see other similar vintage designs until I know more. 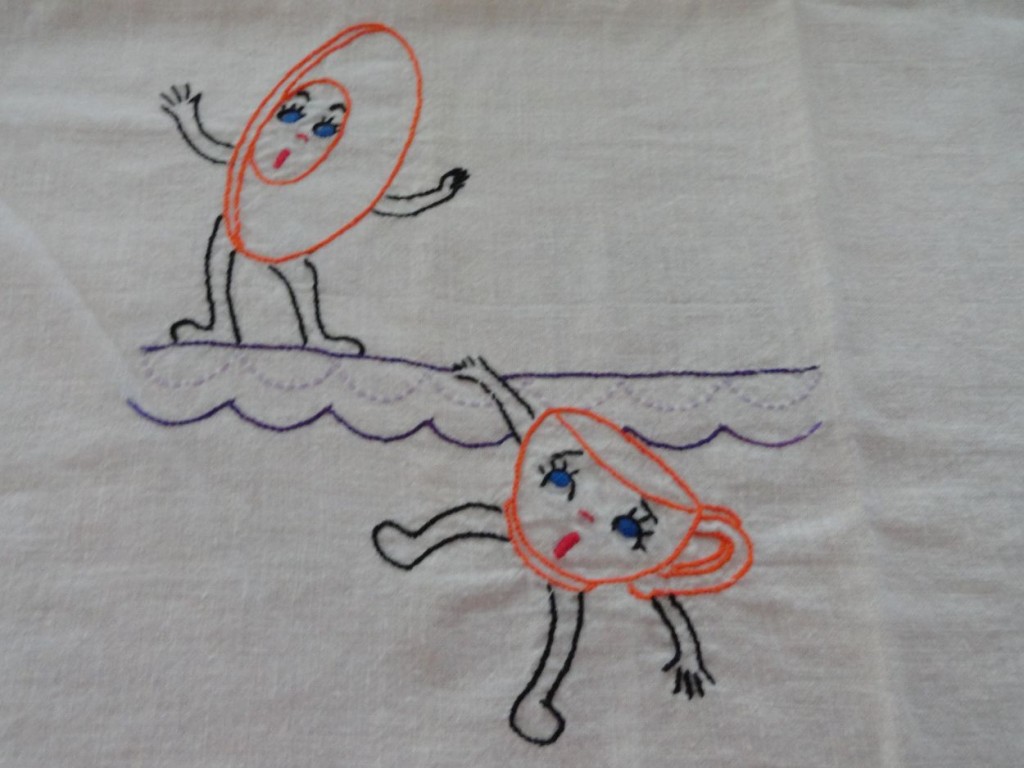 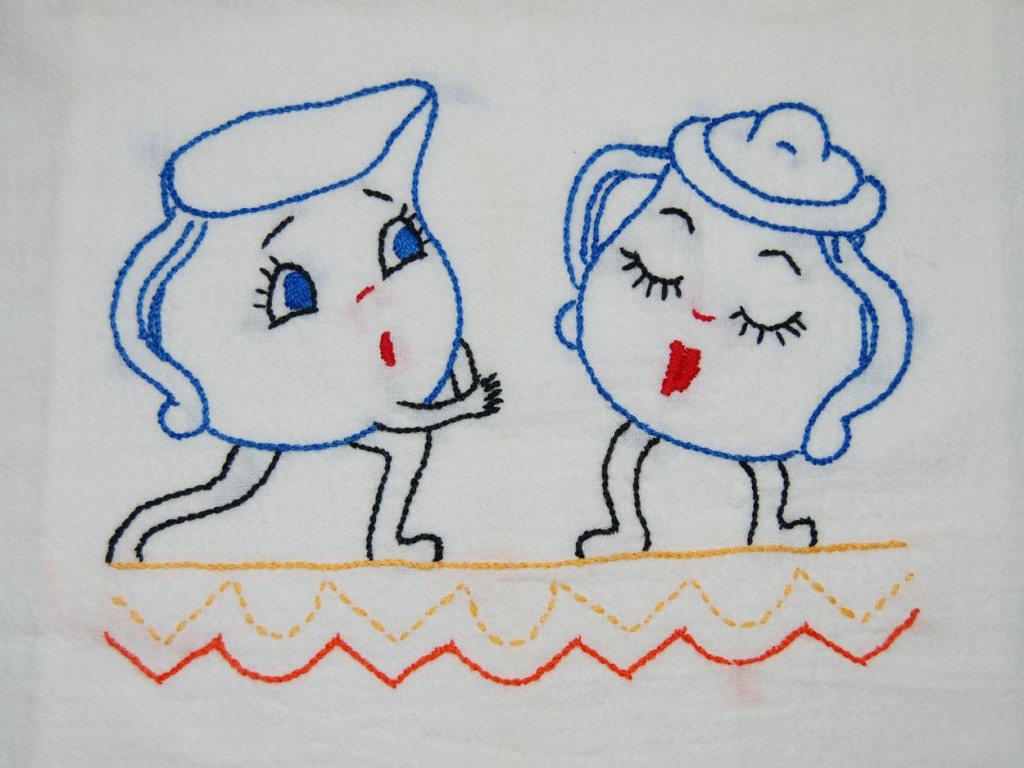 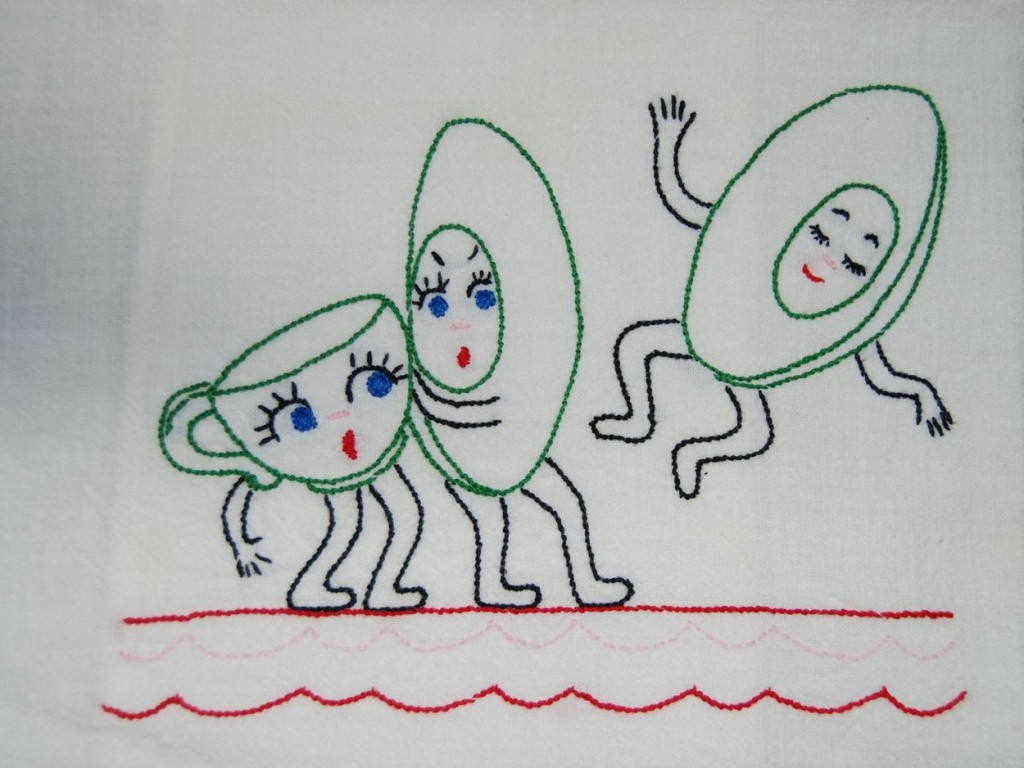 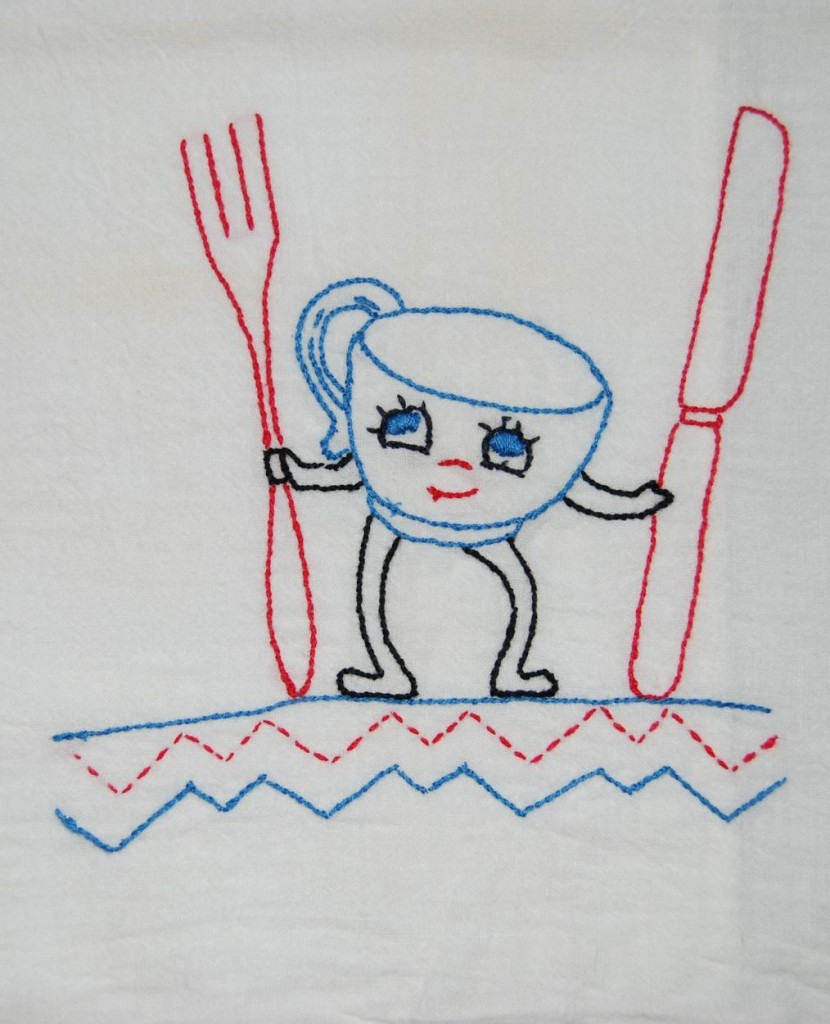 My grandmother, Thelma Mansfield Armstrong Ebert, was a closet archivist, I think. She dutifully did her genealogy, she wrote on the back of items she planned on passing down, she wrote letters and often kept the ones she received. She dated her handiwork and signed it, as well. Alas, I just wish I could have kept her from writing on the fronts of pictures in red ball point pen. Here is a picture of her with her mother Elizabeth Ann Williams Mansfield. 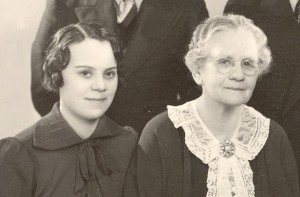 Another item my grandmother passed down to me is a Utah pioneer centennial medal which commemorates the 1947 celebration. Below is the note that she included with it. 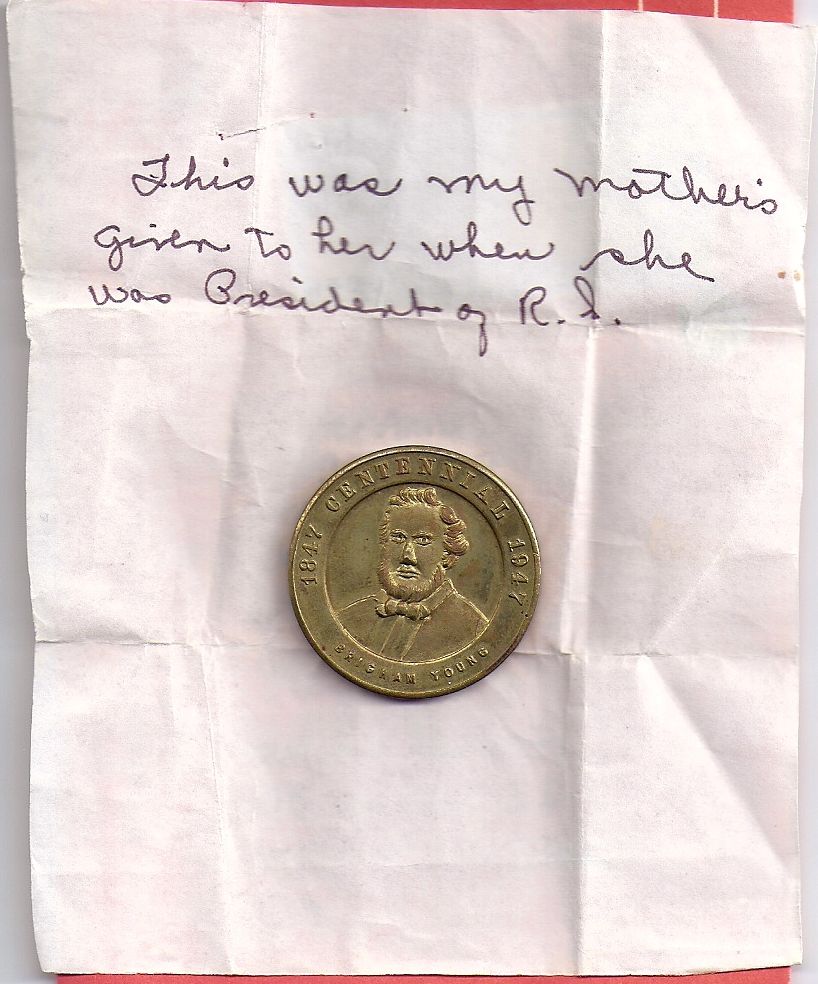 Not only does my grandmother’s note document the provenance of the coin, but it also tells me that my great-grandmother served in an important assignment in the women’s organization of her local church very late in life, as she died in 1949. 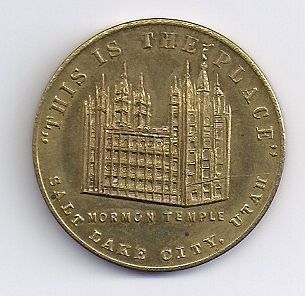 In part three of this series, I will blog about my experience of following my grandmother’s example of documenting the items I have crafted or passed down. Like Moses, I am trying to save at least an omer of family history for future generations.

Postscript: You are reading my 100th blog post! Thank you for your interest over the last 18 months! Notice that down the right hand column of the blog, next to the Twitter and RSS icons, there is a new button for my Pinterest site. Yes! Archiventures is now on Pinterest!

2 Responses to Genealogy: How will you be remembered? II