Posted on November 2, 2012 by Kari
Processing the Spoden Collection, a collection that focuses on historic preservation, has made me look around at the Boat Yard district I live so close to with different eyes. Yesterday, I jogged up and down the greenbelt, a riverside trail that runs through the Boat Yard district, and snapped pictures of some of the structures that Mrs. Spoden was a vital part of either restoring or documenting. I thought it would be interesting for you to see how they have changed. The archival photographs are scanned from Spoden Collection images. 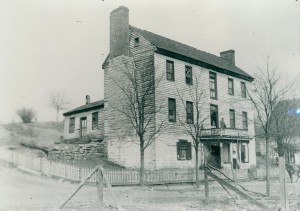 One of the oldest existing photographs of the Inn. It was originally built by William King in 1808 and sold to Richard Netherland in 1818. 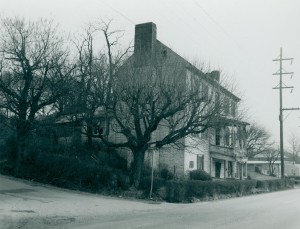 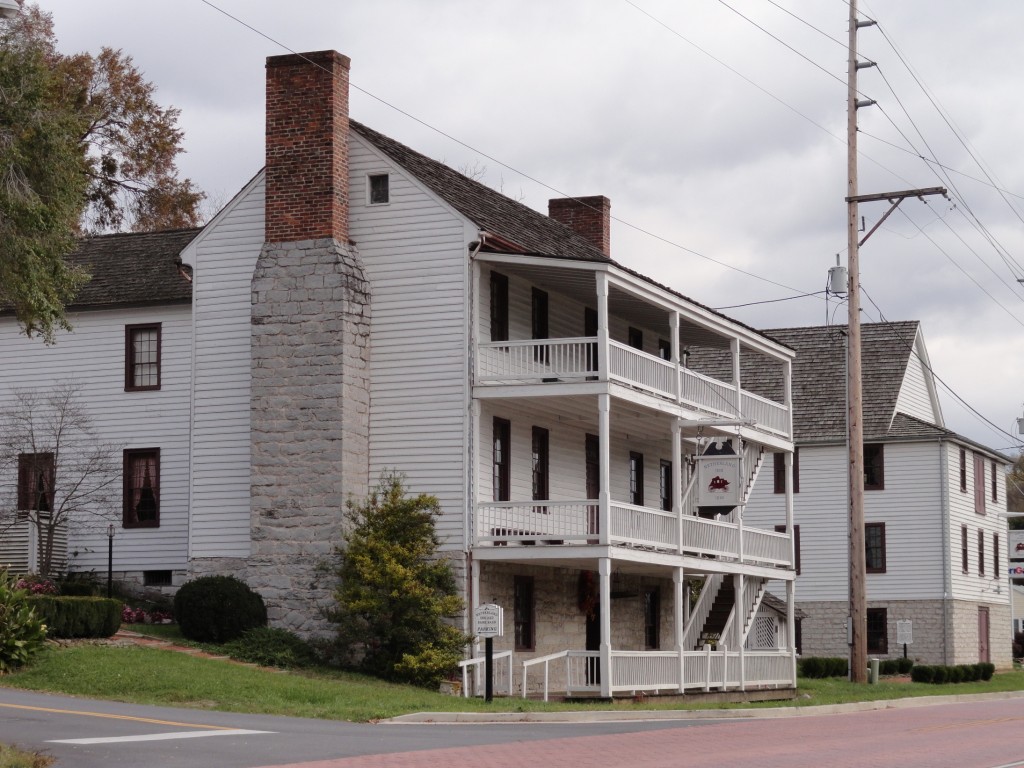 The restored inn as it is, today. 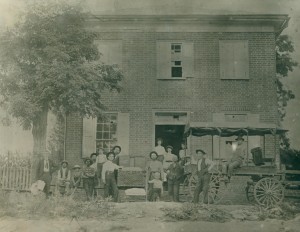 The old Patton Store, built ca. 1820, operated as a general store for over 110 years and is also on Netherland Inn Rd. 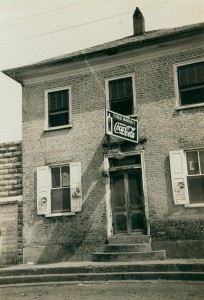 The Patton Store in the mid-20th century 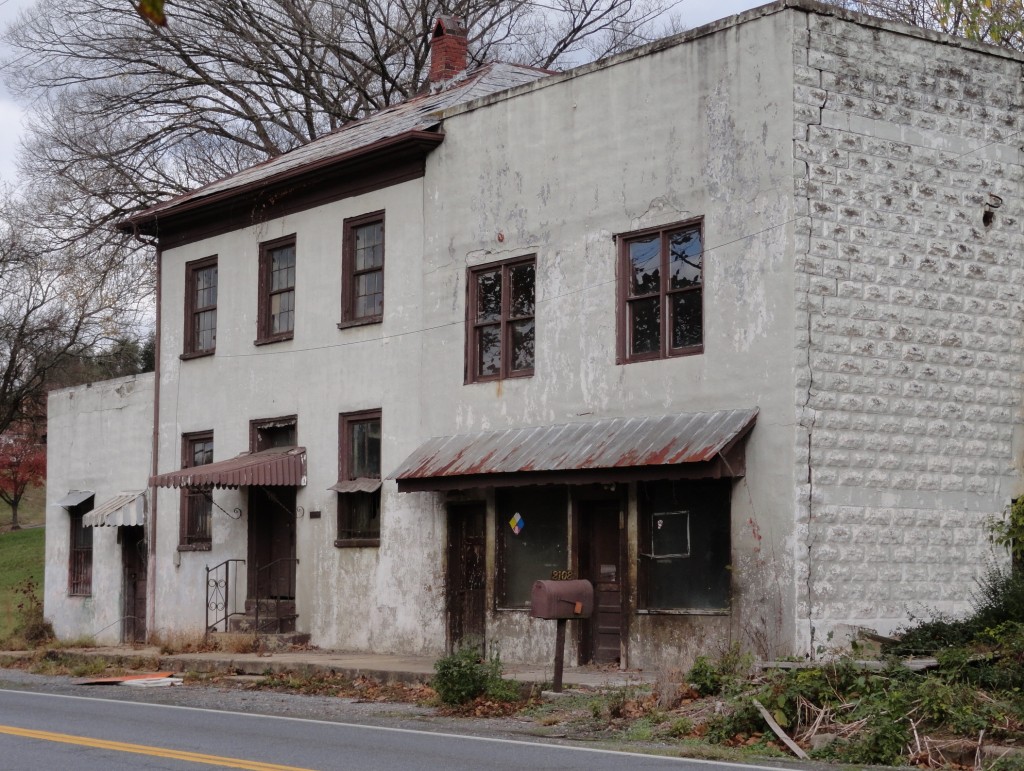 The Patton Store, today, after some braniac plastered over the old brick and ripped off the shutters. Don't get me started. 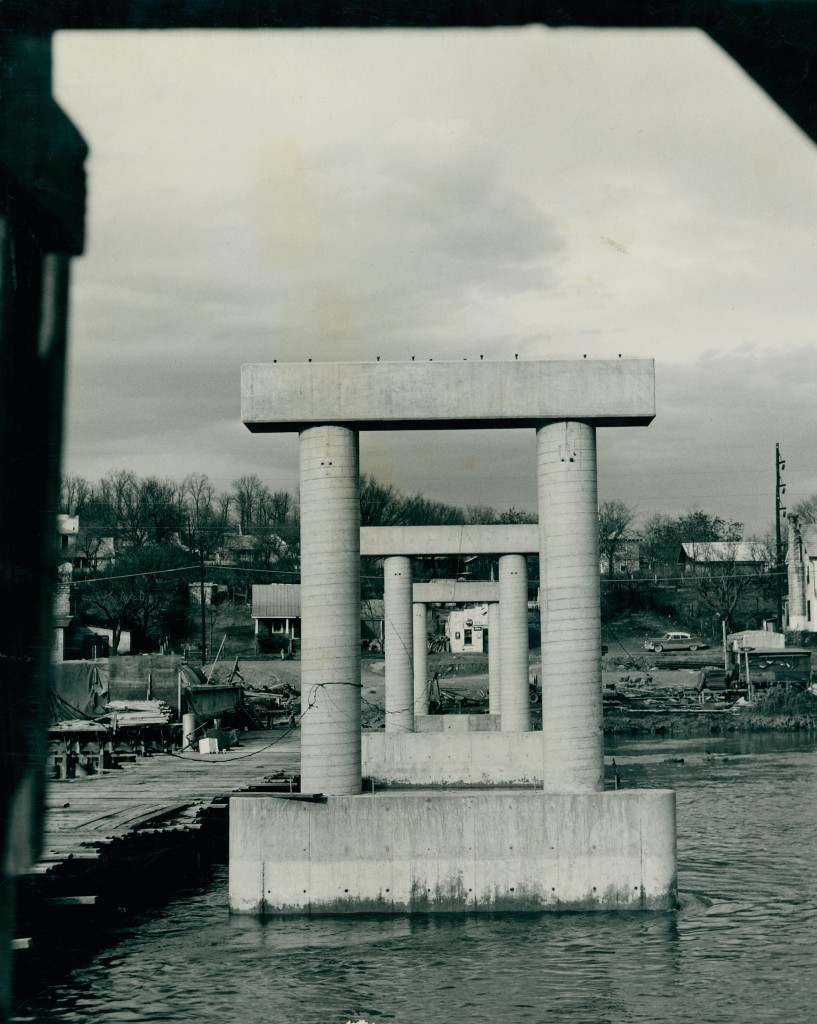 The Old Ridgefields Bridge, designed by H.T. Spoden & Assoc. in 1956, under construction. The temporary access ramp across the South Fork Holston was pretty sketchy looking. This photograph gives an interesting view of Netherland Inn Rd. structures and cars in the background. 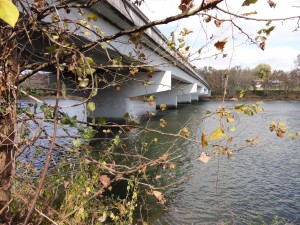 The new Ridgefields bridge, today, with Netherland Inn Rd. in the background.

Let me just say that that river bank has more brambles than I find necessary! Between the research and the photographs, the Spoden Collection does a fine job of documenting the history of Kingsport. 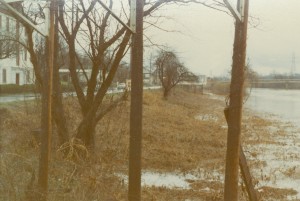 Netherland Inn Rd is on the left and the South Fork Holston is to the right. Before the Boat Yard area was cleaned up and the Greenbelt installed, there were billboards along the shoreline. This picture was taken looking through the supports of one of those billboards. Another billboard can be seen in the background.

The Kingsport Greenbelt was begun in the 1980s and has gone through many phases of extensions and modifications. Even now, plans to add a pedestrian bridge in the Rotherwood area are being funded. 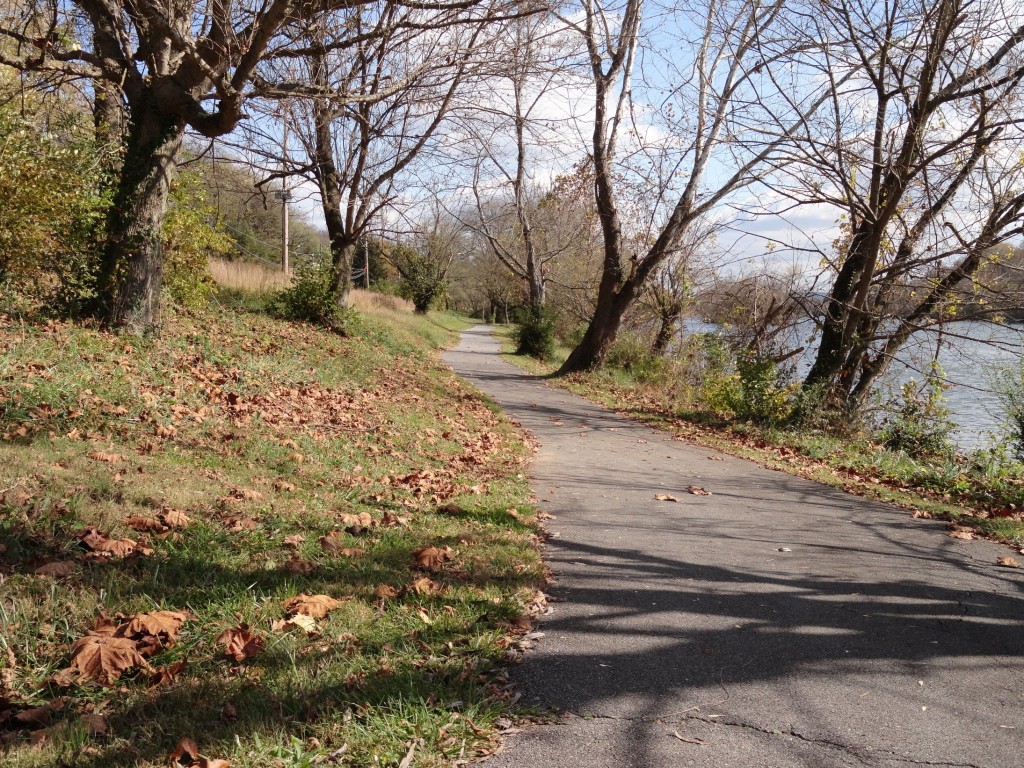 This picture was taken just downstream from the picture above.

This entry was posted in Kingsport and tagged historic sites, Kingsport. Bookmark the permalink.