Kingsport: Strike Up the Band

I know it’s still hot, but school has already started in this neck of the woods. Soon we will see the glow of Friday night lights and hear the cadence of the marching band entering the stadium. The newest exhibit from the Archives of the City of Kingsport celebrates 90 years of marching band history in the Kingsport area.

In 1926, S.T. “Fess” Witt formed a marching band for the newly constructed Dobyns-Bennett High School (DBHS) on Wateree and Oak Streets. Even though the new school was named for the town’s first mayor and the education board’s first chairman, it would proudly display the “K” on school uniforms for years to come.

Images in the left case represent bands from Douglas High and Kingsport Junior High schools as well as DBHS.

Twenty-two images span a date range from 1938-1990 and were selected from seven different archival collections. The exhibit, on the main floor of the Kingsport Public Library, will be on display until November 1, 2017. Here are some favorite photographs from Strike Up the Band. 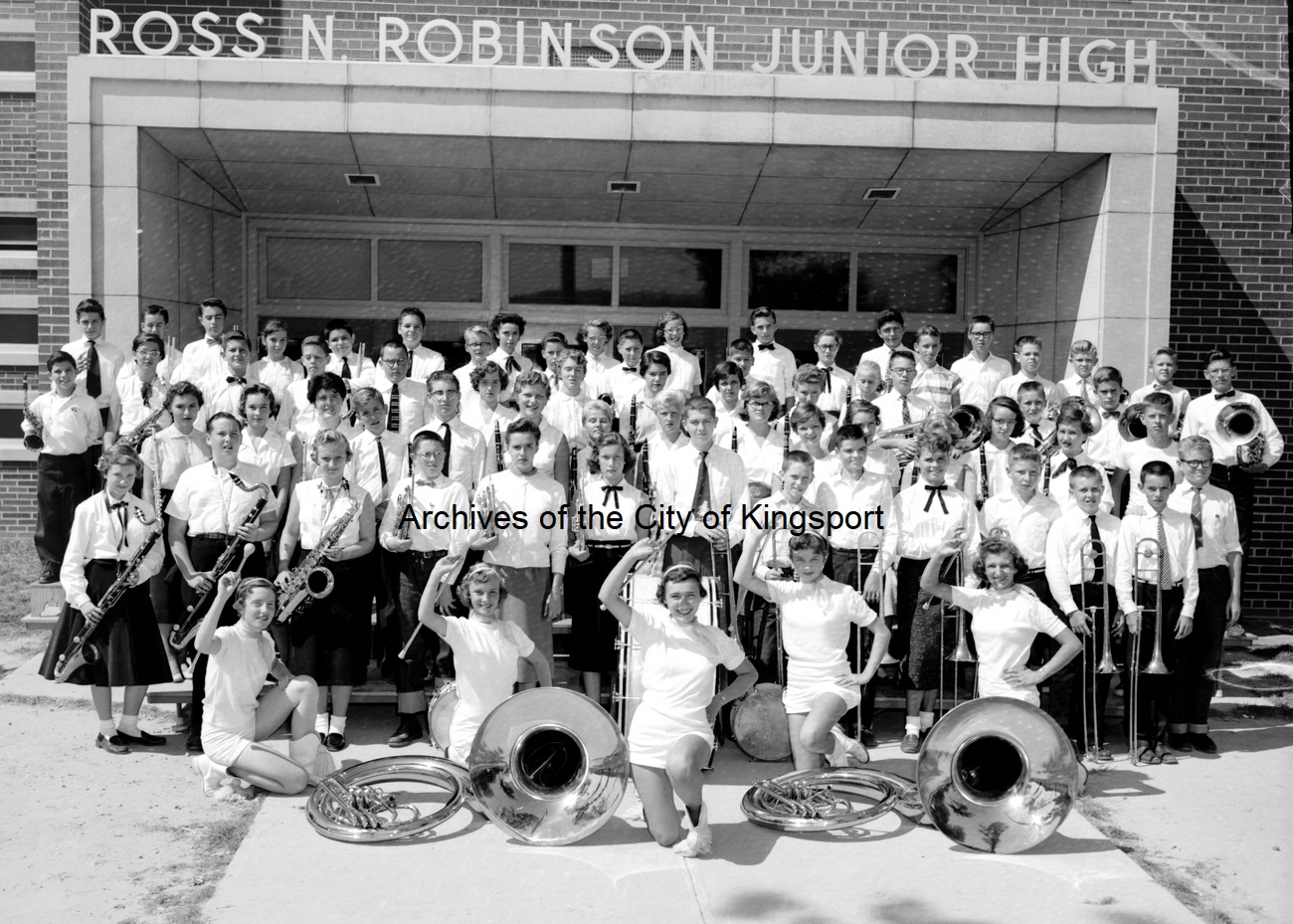 The 1956 Robinson Junior High School band. Robinson was established in 1955. 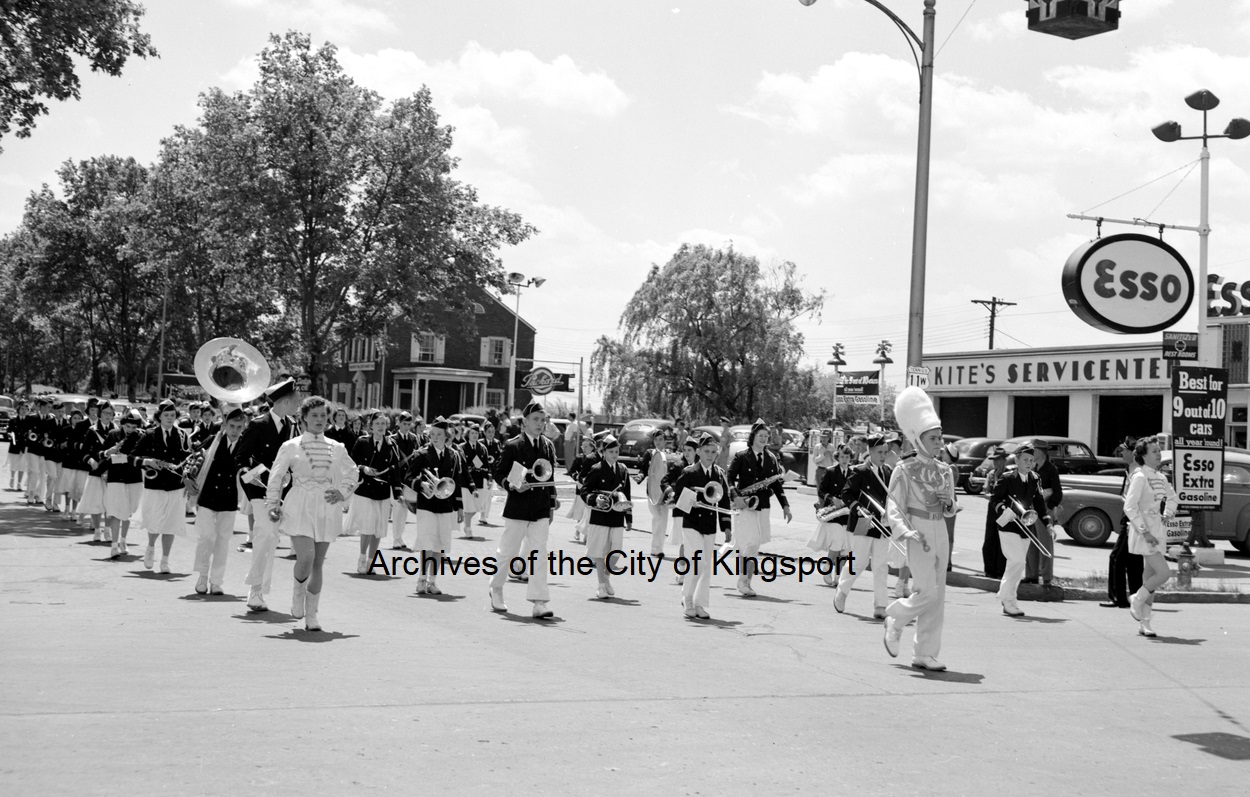 The Kingsport Junior High School band marching in an Armed Forces Day parade in 1942, near Cherokee and E. Center streets.

The parade images are very useful to the archives because they help us document the history of the downtown business landscape. 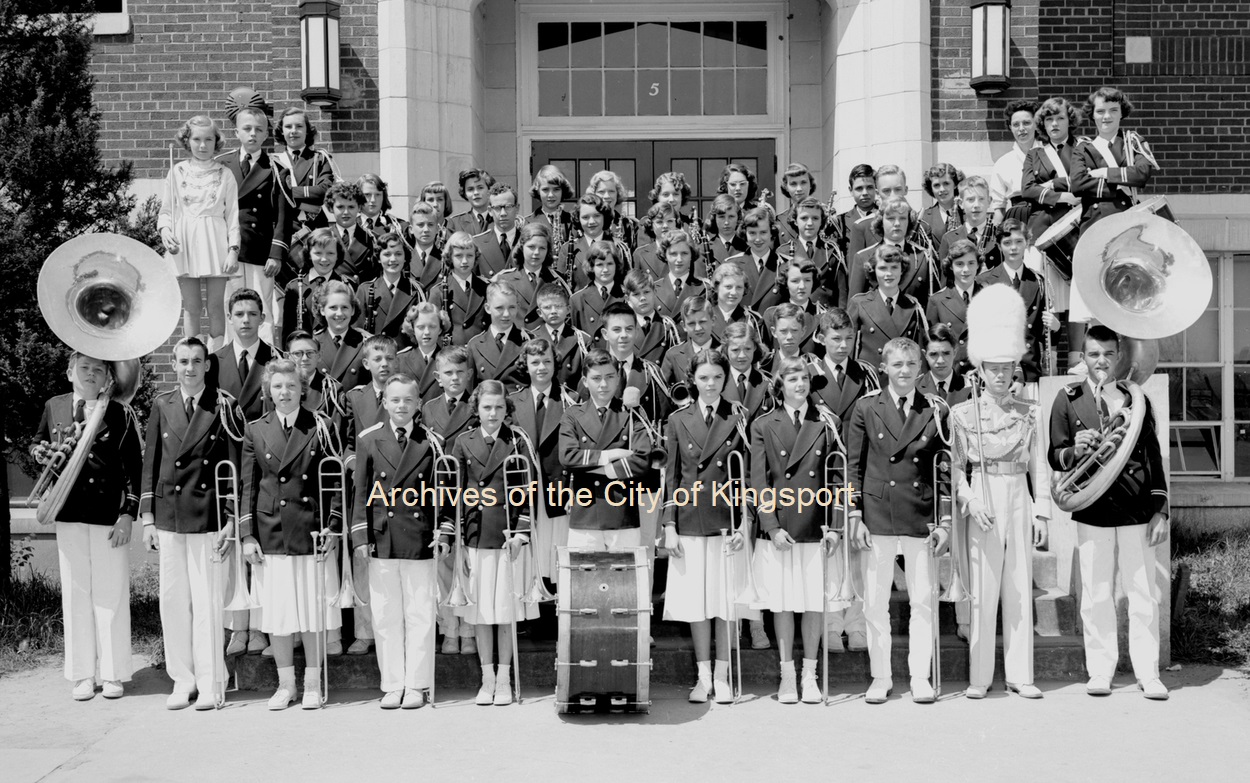 KJHS marching band in 1953 posing on the steps of what is now the Renaissance Center and what used to be the old Lincoln Elementary campus. 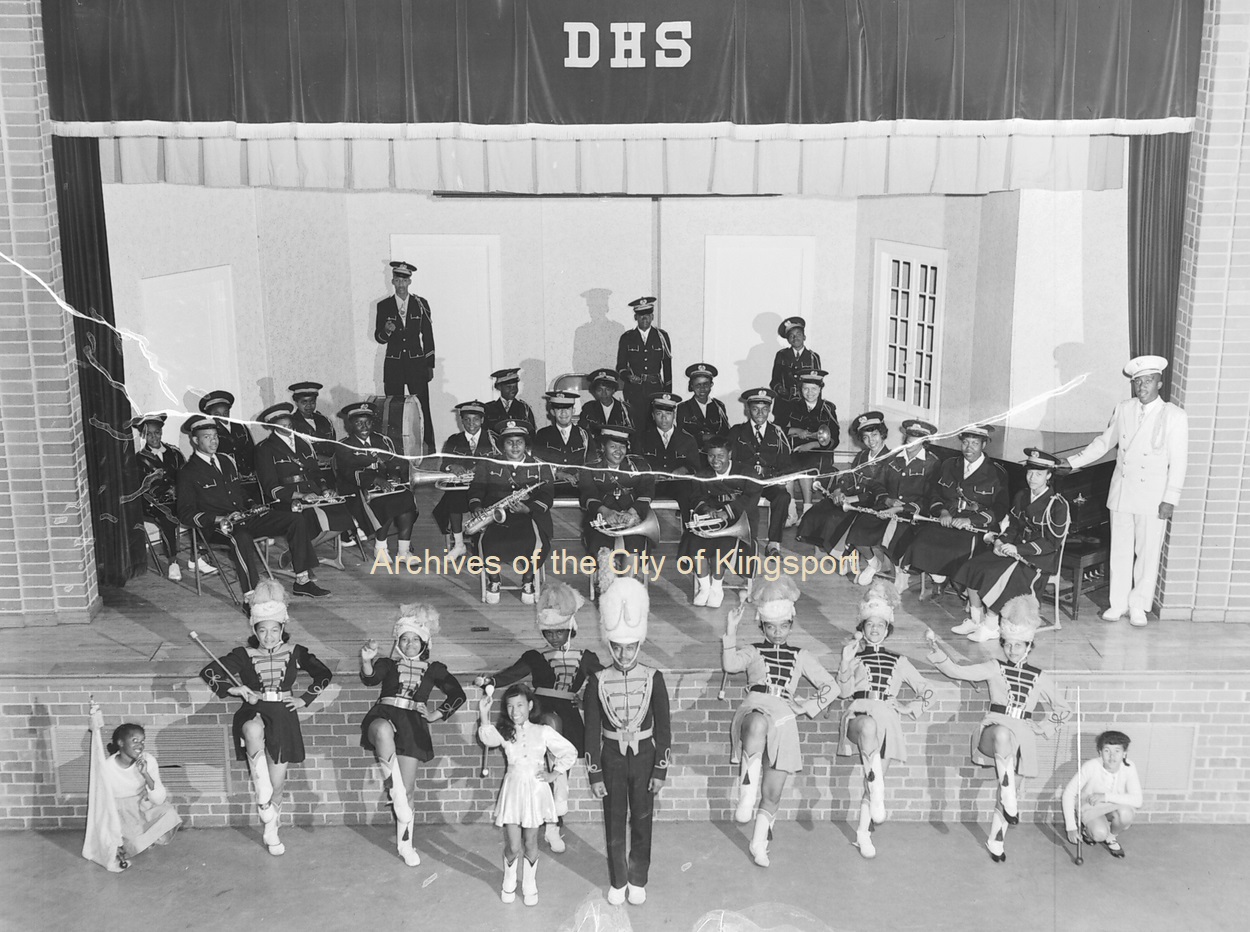 The Douglas High School marching band, 1953. Douglas students transferred to the new Dobyns-Bennett campus on Fort Henry Drive in the fall of 1967 when the public school system was desegregated. 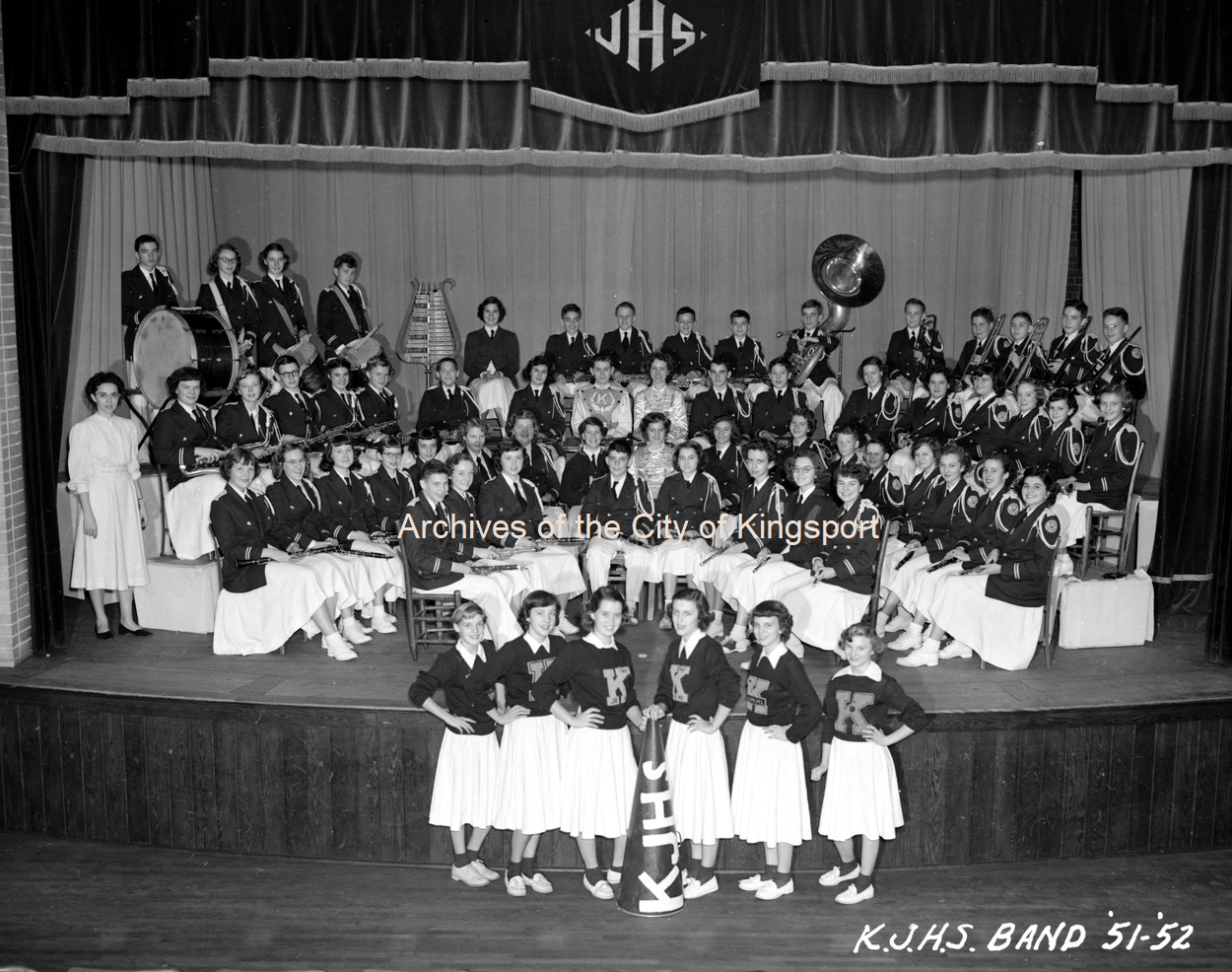 The KJHS marching band and cheerleaders. The school’s name was officially changed to John Sevier and the “K” was retired in 1955. In 1967, the junior high took up occupancy in the remodeled high school on Wateree Street.

The images of parades, yearbook portraits, and football games trace trends in uniforms, marching styles, and school locations. I confess, however, that the most unique photographs in the exhibit are originals that I chose not to digitize for the blog. You will just have to come visit the library and archives, yourself. I challenge you to find that football game photo taken at a time when spectators could see straight to the old Borden Mill with nothing to block the view!

When you visit, remember that the Kingsport Archives always appreciates it when patrons can help identify people in its photographs. If you have band memorabilia that you would like to donate, please contact Brianne Wright, City Archivist. briannewright@kingsporttn.gov

3 Responses to Kingsport: Strike Up the Band