The pages of a 1918 letter were photographed for me by a cousin, which I mentioned back in this post, and I thought it would be fitting to transcribe the letter for my family and readers on this Fourth of July. My great uncle Ena Camille Carrier (1891-1960) served in World War I. 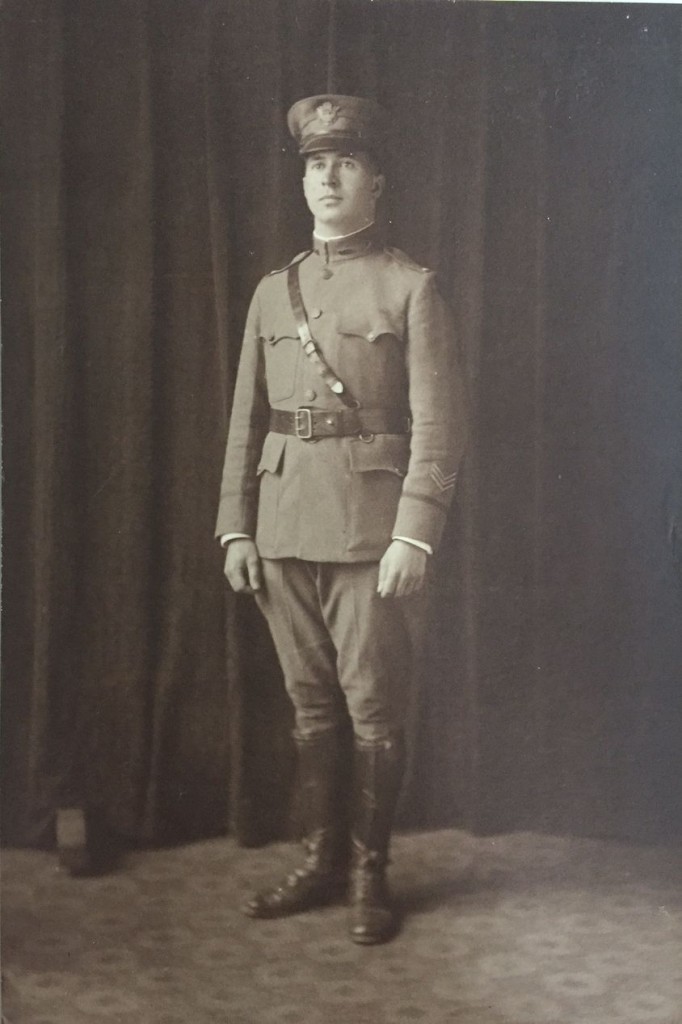 In November of 1918, the men of his unit were encouraged to write letters home to their fathers and they were given permission to freely provide details about their assignments without fear of censorship. I hope Ena’s letter will make us all a little more grateful for the freedom we enjoy, today. 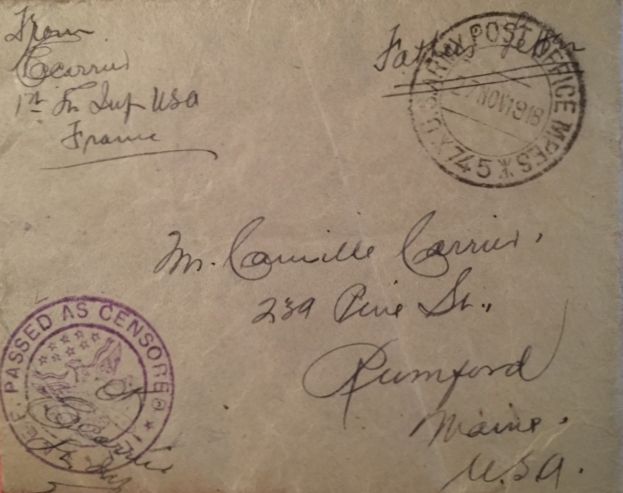 Today, everyone over here is supposed to write to his dad so this letter is especially for you. In Dad’s Letter we can say most anything we please. So read on  ̶

We left the states a year ago last Sept. 25th. Reached England (Liverpool) on 9th. Stayed in Bordon ten days. Arrived at [illegible] on 21st and went to Liffol le Grand (Vosges). I stayed there till Dec. 1st when I went to school. You are no doubt familiar with what my duties were there. I spent the month of April, this year, with the 133rd French Inf. in the trenches in the Luneville sector. I thoroughly enjoyed that month. Some of the officers I was with (10th Co.) were killed last June. Fine fellows too  ̶  (c’est la guerre). About May 4th I came back to school expecting to join my old regiment but instead I was assigned to the 60th Inf. just lately arrived with it Bob Shaud. The poor fellow died October 30th. I had a platoon (fine men). Our first trip to the trenches was in the St. Die (des-Vosges) Sector the last of June.

Previous to that I had been in the St. Usage o Corcieux. The first place was near [?]. The last place near Geradmer. In these places we trained. On coming out of the trenches we went to Hadol  ̶  near Epinal. There we trained again. About July 12th we returned to the St. Die Sector but in a different place. Our reg’t held 16 kilometers of front there (about 10 miles).

Soon after I was assigned to Brig. Hqters for duty. Our Hqters were in Clairfontaine-Etival. After 6 weeks we went to the Saffais area. Our hqters there were in Bayon or rather Roville south of Luneville. After a few weeks training we hiked for a week (nights) to the lines near Regneville where we took part in one St. Mihiel attack. We were shock troops then and after a few days we were relieved and went to an area on the Moselle River around Liverdun. After a few more weeks training we moved to Lay St. Remy near Toul. More training then a long truck ride up near the Verdun around Nixeville (-Blercourt).

Then we went into the lines again around Bois de Rappes and Cunel. Oh what fighting there. After a week we were relieved. Received replacements & rest and back again in the same place and we were in the scrap every day for about a month until the armistice was signed. Since then we’ve been on the move all the time. When the game[?] was called off, we were at Lion-Devant-Dun. It was our division that was first to cross the Meuse. During the last month of [??] we captured about 25 towns, dozens of hills, and many woods. Up to that time, when we were in the lines, we lived in shell holes, trenches, dug outs, & etc. Since the 11th we have lived in billets with stoves and lights. Our brigade Hqters have been in chateaux. Magnificent places. The Boche left a lot of firewood and great dumps of valuable material which we have used to good advantage. We are living in towns now where there are civilians who stayed here while the Boche were occupying the town. 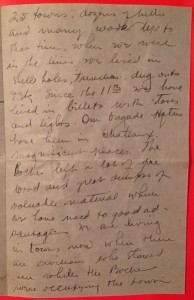 What pitiful stories they tell and I believe every word. I hope none of my friends will ever have any respect or love for a Boche. They don’t deserve it. They are Brutes.

Dad I’ve given you this in a hurry. Not much detail. Hope it will please you. We go to Longuyon tomorrow. Don’t expect to be home for several months yet. I’m feeling fine.

Have received no mail for several days.

My best wishes to you all for a Merry Xmas & a Happy New Year. My love to all the family.
Sincerely, Ena

[P.S.] This is a Boche paper found in one of their dumps they didn’t have time to destroy or carry away. 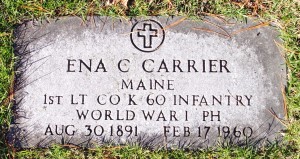 Happy Independence Day and thank you for reading!

Feature image: Detail of the Headstone Applications for Military Veterans, 1925-1963. Notice the reference to Ena’s Purple Heart Medal.
Editor’s Note: The use of parentheses ( ) above indicates direct transcription of Ena’s writing. [ ] brackets indicate clarification provided by myself.

This entry was posted in Genealogy and tagged Carrier, correspondence, letters, military, The Great War, WWI. Bookmark the permalink.