Wouldn’t it be great if the diary of an ancestor you were reading was illustrated? If the diary had photographs, maps, documents, and drawings inside, you could almost imagine you were in another country or era right alongside him! Thanks to the research I have been doing for an upcoming presentation, I think I have found a way that you could do this for yourself!I have been close-reading the diaries of American Mormon missionaries who served in Great Britain during the first 25 years of the 20th century. I will be discussing about 13-14 of these diaries during my lecture, but because I also want to show slides, I have been searching for materials that can illuminate the stories and experiences these men recorded. The search has been both rewarding and enlightening.

Below I will share with you examples from just three journals and provide you with ideas of where you can look as you try to illustrate the lives of your ancestors.

On May 13, 1903, Brigham writes that after he finished tracting for the day, he went and had his picture taken. On May 23, he mentions that he sent his wife one of the pictures (it was common for an older missionary to have a family back in the States). Since Brigham is my great-grandfather, I actually have several photographs of him, but none from his mission. I searched on FamilySearch.org under Memories and discovered a distant relative had uploaded the very picture discussed in the journal. 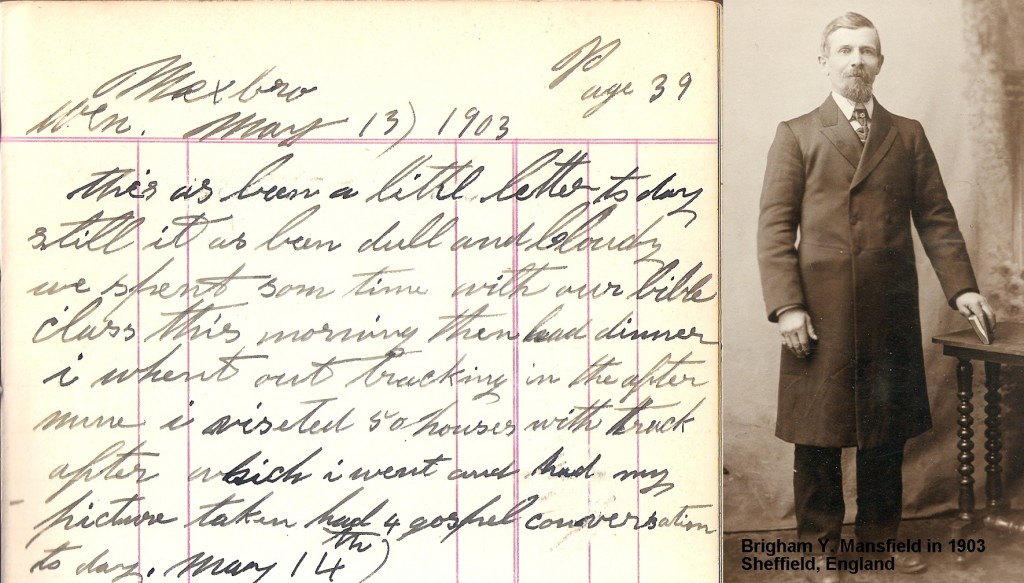 I cried the day I found that and I am not ashamed to admit it.

Good Friday, April 10, 1903 “There is an old Castle, Conisboro Castle. They had a faire there and the Salvation Army was there holding meetings and they had dancing. Myself and my partner Bro. Parrey and an elder from Doncaster, Elder Woods, we held one meeting. Lots of people there to listen to us and had a good time there.”

I did an Image search on Google and discovered that the ruins of Conisbrough still stand and that it is a popular subject for landscape photographers. 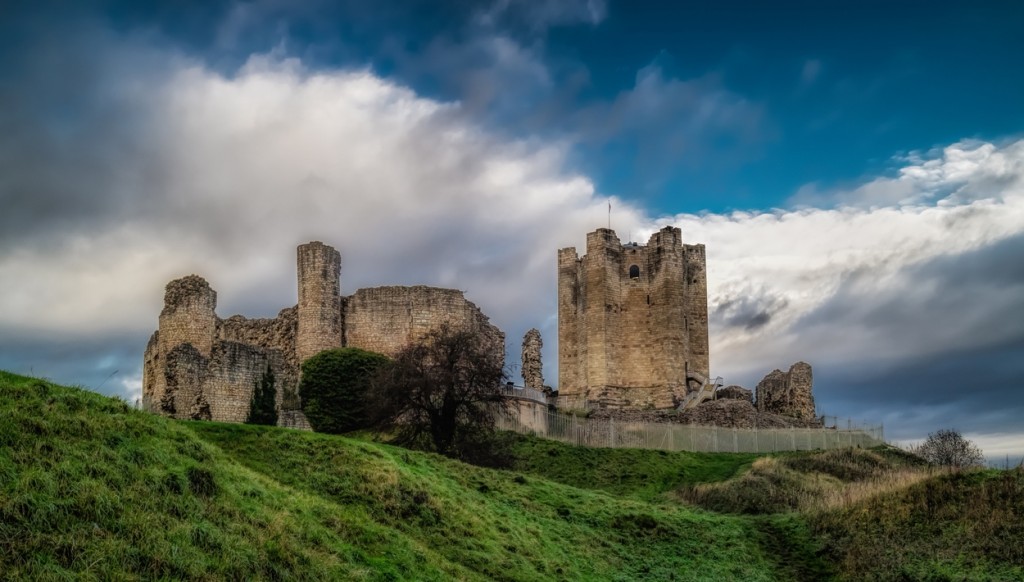 Conisbrough Castle from the Flickr stream of Farren Flinders.

On August 19, 1903, Brigham received a letter informing him of his mission release and the booking for his return trip home. On August 27, he set sail from Liverpool for Boston on the Ship Mayflower. I found a record of this voyage on BYU’s Mormon Migration database. This site has photographs, ship manifests, journal accounts, and indices.

• There are so many more places I can look for illustrations of Elder Mansfield’s mission; historic postcards, maps, Google Earth, and church and mission archival records.

“15 September 1906 Went to Keppel’s Pillar, a large tower about two miles north of here… on the estate of Lord Fitzwilliam. . . I have sold six books today. This being a record for me.”

• I’ve found travel and local history blogs to be a terrific source for the background on historic locations. Keppel’s Pillar or Column is one of the Wentworth follies in Rotherham, England. Its inner staircase was open to visitors until 1960. 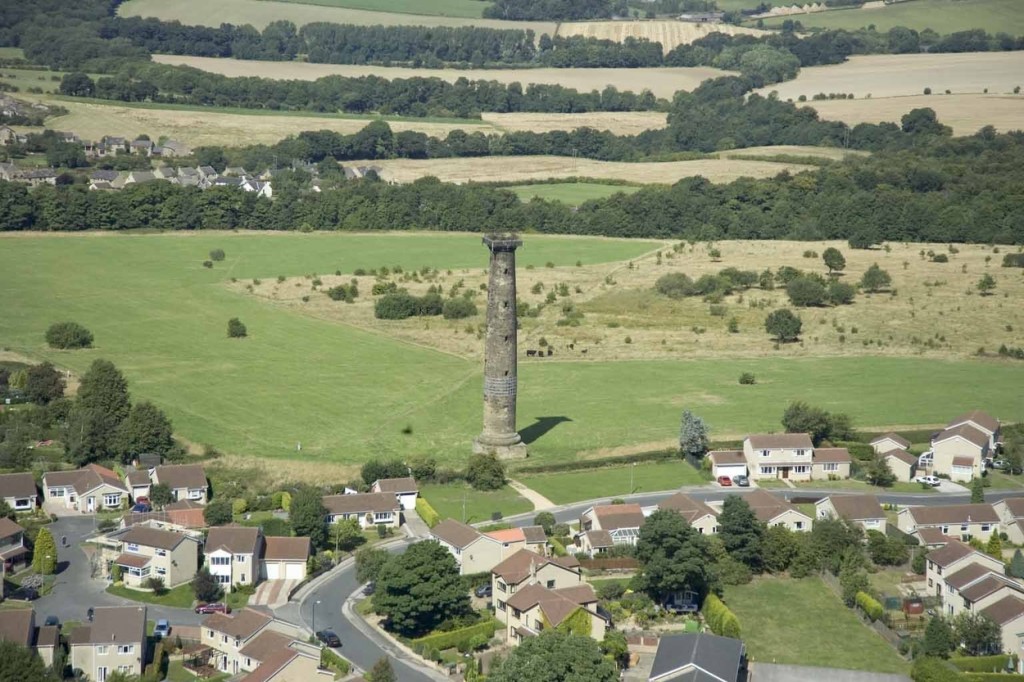 Photo by Kenny Fox for holisticfraternity.co.uk

22 August 1906 “Went up and saw Whiston church and also the old “stocks” which are just outside the gate.” 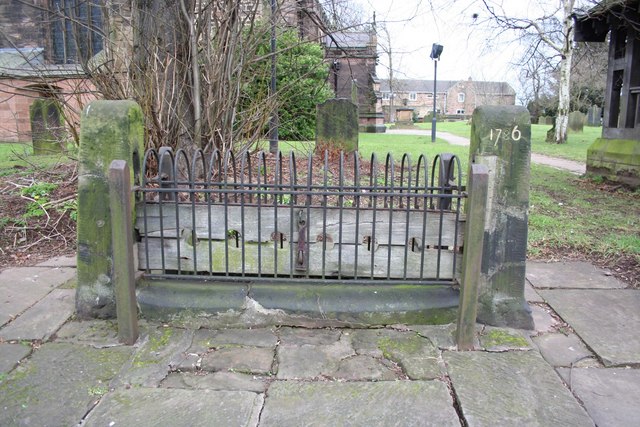 • Historic and heritage societies, visitor’s bureaus, and chamber of commerce sites are all great resources for useful information.

Standley sailed home from Liverpool to New York on August 13, 1908 on the steamship Celtic. I found this image on the same BYU Mormon Migration site. 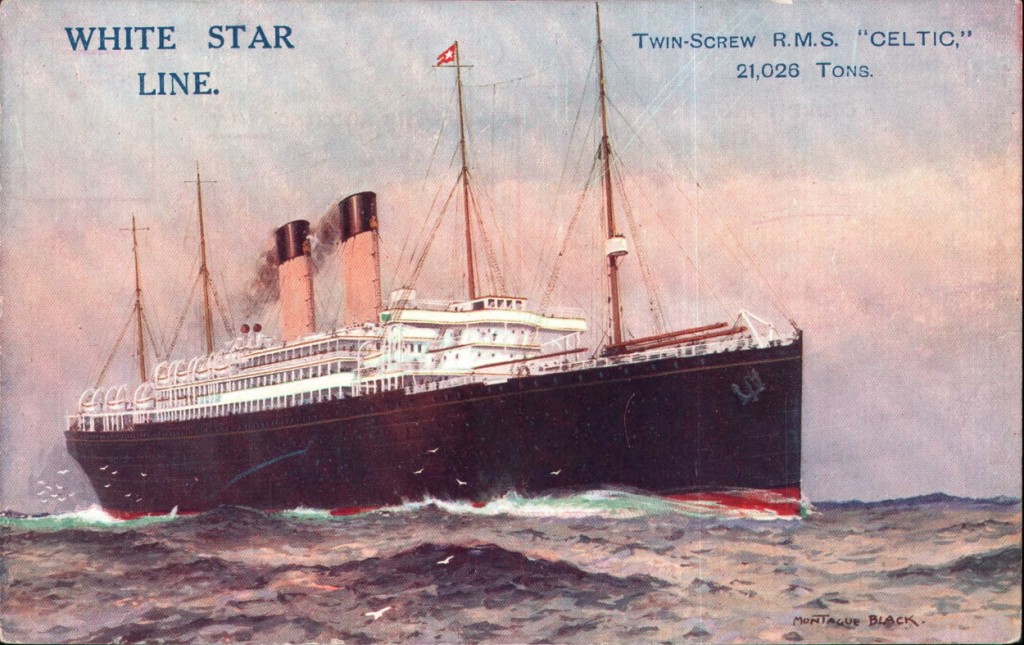 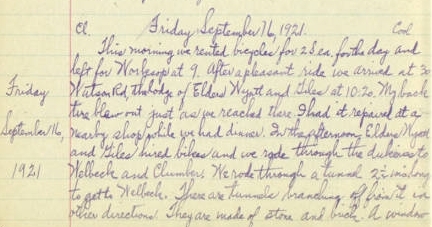 Walter’s September 16, 1921 account of biking through the “Dukeries” tunnels.

The Wellbeck tunnels were built by the reclusive 5th Duke of Portland. 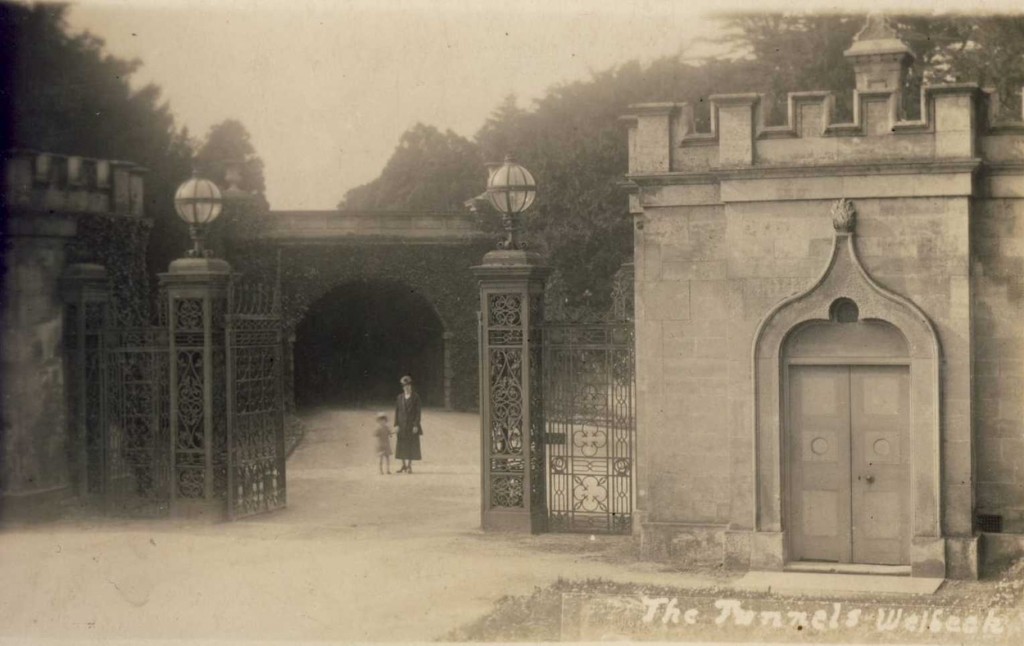 20 May 1921 “Received some instructions from President Smith this morning. At 4:20 Elder Robinson and I left for Nottingham. . . Arrived in Nottingham at 8:15. Pres. Brough and Elder Hunt were at the train to meet us. Went to headquarters at 84 Robin Hood Chase. Went to bed at 11 after walking up the chase. Park full of lovers.”

I found this newspaper photo of all of his new fellow missionaries assigned to the Nottingham Conference. Elder Stevenson is in the middle row, 2nd from the left. 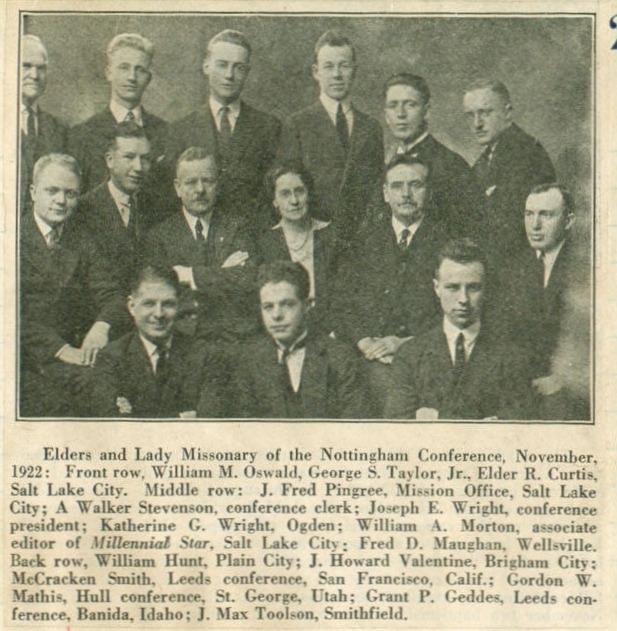 6 October 1921 “Met a man while tracting who said he believed all of those stories about us. He said the papers wouldn’t dare publish them if they weren’t true. He said he didn’t want to hear the other side of the question. I told him that was narrow mindedness & I always thought the English were a broad minded people but occasionally I met people who made me change my mind. He quieted right down & said: ‘Oh, I’ll read your tract. I’m always willing to hear the other side of a question.'”

I don’t have anything to go with the above entry, it just happens to be one of my all-time favorite passages that I have read thus far!

30 December 1921 “This morning we caught the 7 am train to Nottingham. All of the Elders came in and we had a big dinner – chicken, xmas pudding ‘n’ everything.” 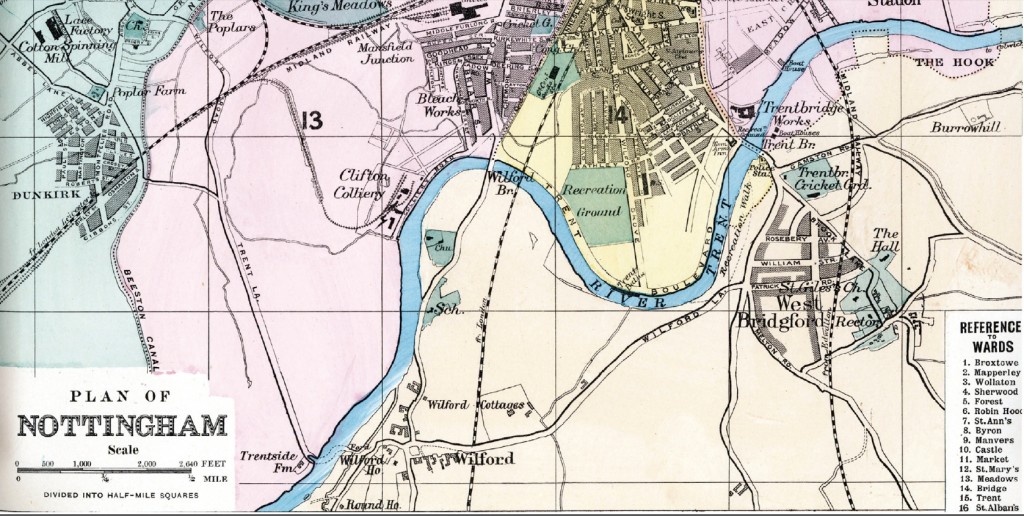 You can always use modern maps, but it is nice to try and find a vintage map that is accurate to the time period of the journal, especially if it identifies, parks, churches, factories, or other landmarks frequented by your ancestor.

• Other internet sources worth checking out are genealogist blogs, Pinterest, and HistoryPin.

• Find archives with online material. Do something as straightforward as type a location followed by the word “archives” into a search engine and see what you get. Typing “South Yorkshire England Archives” led me to Sheffield Archives and Local Studies. From this site, I can learn all kinds of things about the history of the area and can use their catalog to see what holdings have been digitized and might be online.

• Search social media. Once you find a good website, scroll to the bottom where organizations usually display their social media icon links. Click through and see what they publish to their social media outlets. You just might find the perfect image to illuminate the diary you are studying!

Of course, you can go to your local public or university library and use hardcopy sources in your work, as well. But, that is a whole other blog post.

I will be presenting my research at the Mormon History Association’s annual conference June 9-13 in Snowbird, Utah. After that I plan on expanding my research and writing an article. Wish me luck!