Love letters can tell us so much about a person’s life: what obstacles they faced, what made them happy, and what made them sad. They are a window to the past and can illuminate so much about an ancestor’s story and relationships.When I was a student and processing the Hugh B. Brown Family Papers for the Church History Library in Salt Lake City, Utah, I had the privilege of skimming over many wonderful letters, but the ones that had the greatest impact on me were the love letters from girlfriend Gwen Lowe to the Brown’s son Hugh C. Brown. She wrote to him during his church mission to Great Britain, during flight school in Southern California (war in Europe ended his mission prematurely), and during his active service in the RAF. Pilot Officer Brown was shot down on March 18, 1942 but his status was designated as missing. I remember the day I processed the letter Gwen wrote to Mr. and Mrs. Brown expressing her sympathy and her appreciation that they had sent a relative to her home to personally notify her of the action. I remember the day I found the letter she wrote to the Brown’s explaining that she had met someone new and had become engaged. Hugh C. Brown was officially declared as dead in 1943. He had saved all of his dear “Gwenie’s” letters. Her last letter was saved unopened with his personal things. 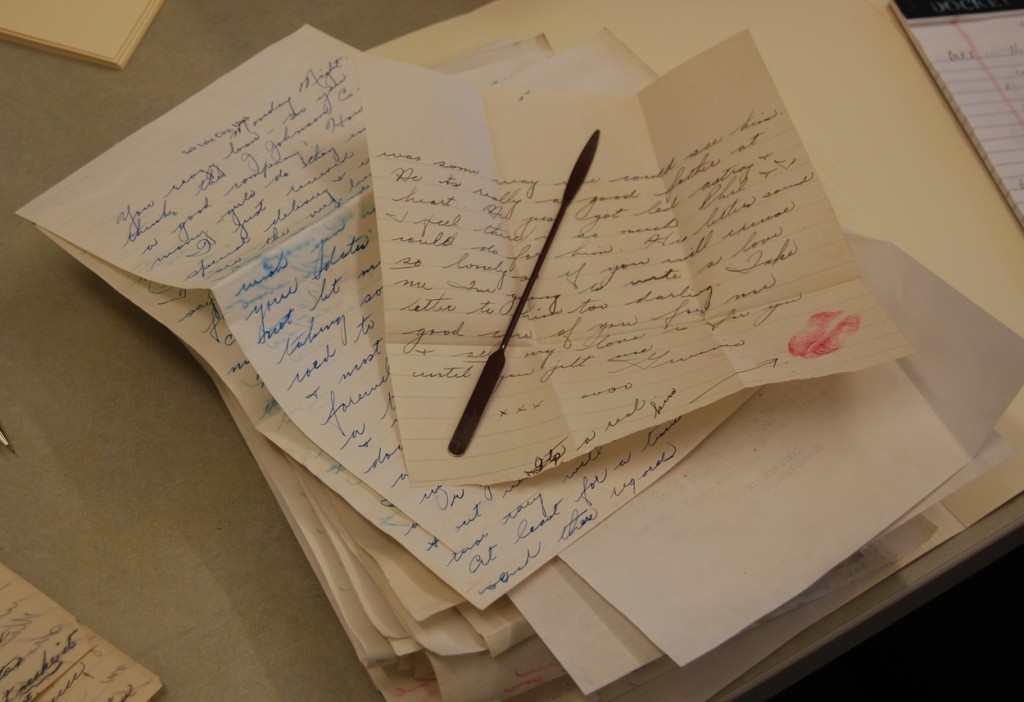 Gwen’s letters are a record of what young people were doing stateside during the pre-war years. She documents people she meets, her goals, and her activities. What a treasure this archive of letters is.

When I processed the Muriel C. Spoden Collection for the Kingsport Archives, I also conserved a series of family papers that were eventually returned to the donor. The papers included a wonderful scrapbook of the letters and photographs Hal Spoden sent home to Muriel from Africa during his engineering service with Pan American’s Land-Lease Act effort. 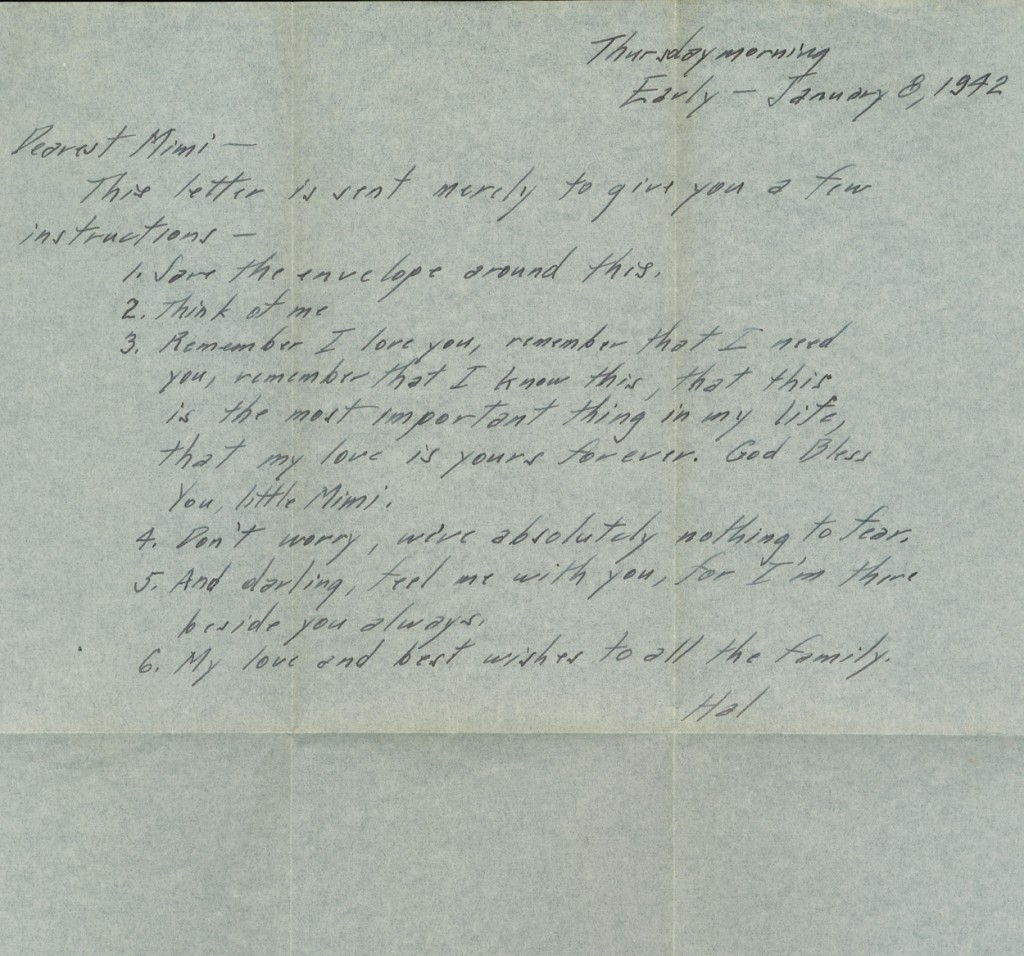 What a gift for their son Clark Spoden to have these letters and to not have to wonder what his parents were like before he was born.

There have been some wonderful efforts around the world to identify and preserve love letters. The following are some of my favorites.

The Lost Letter Project: Helped find the owners of a love letter that was written in 1944 and not delivered until 2013.

Letters of Note: A marvelous blog that collects remarkable letters and presents them to a wider audience.

With Love from Graz: Lorraine Ferguson’s online archive of the 300 wartime love letters between her mother and father, Brian and Katie Walker. Lorraine, or author LP Ferguson, began interviewing her mother after her father’s death. The blog includes photographs taken by the couple, drawings by her father, the reminiscences of her mother, and makes connections to world events contemporary to each letter.

By the way, don’t throw away the love letters  that were written by “the one who got away” or by “the one who broke your heart.” One day, I was driving in the car with my daughter and I was telling her about a lesson learned from some passage in a collection of letters I have from an old flame. She interrupted my point and asked, “You kept them?” I said, “Some day, your dad and I will both be gone and you will come across these letters…trust me, you are going to want to read them.” She contemplated this for a minute and then said, “Continue.”

All of this talk of love and letters has reminded me that I have an archival project of my own. I have about 8-10 cassette tapes (remember those?) with audio letters that were recorded for me. 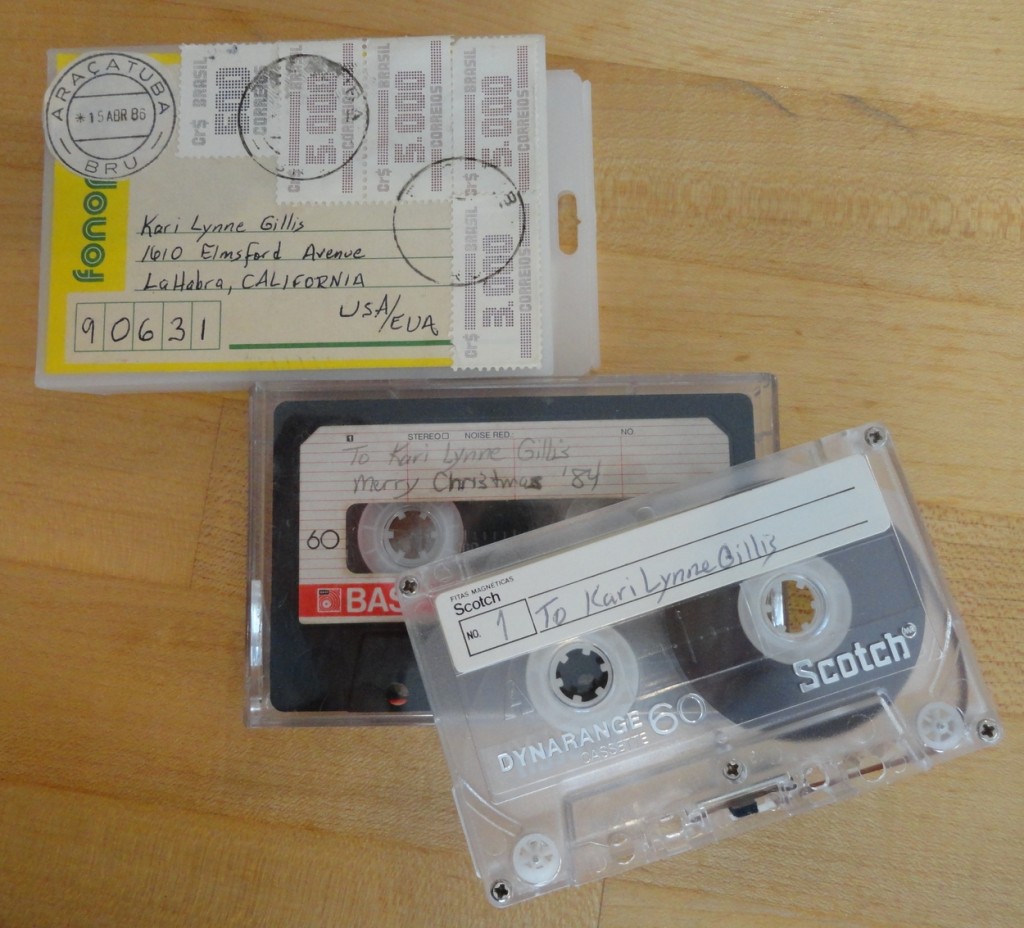 It’s time to convert these tapes to a digital format before the tape wears down completely. I will keep the originals, of course, but the digital back-up provides peace of mind.

So, save those letters with your family papers and genealogy, consider preserving larger collections in an archive, and think about writing a few new letters to loved ones, as well.

This entry was posted in Archives. Bookmark the permalink.