When I first got started researching my own genealogy, I remember going to a Family History Center after hitting my first brick wall (which I now realize, looking back, was really only a pebble) and the librarian asking me if I had yet performed a simple surname search on the internet. I typed “Gillis” into a search engine and one of the hits was for the  Genealogical Association of Nova Scotia. Back then, their website had its own search box that allowed you to access what locations and surnames their members were researching. I typed in “Gillis” for the name and Gillisdale for the location and found a Robert J. Gillis from Massachusetts who was researching the same line. Thus began the most rewarding correspondence of my life. 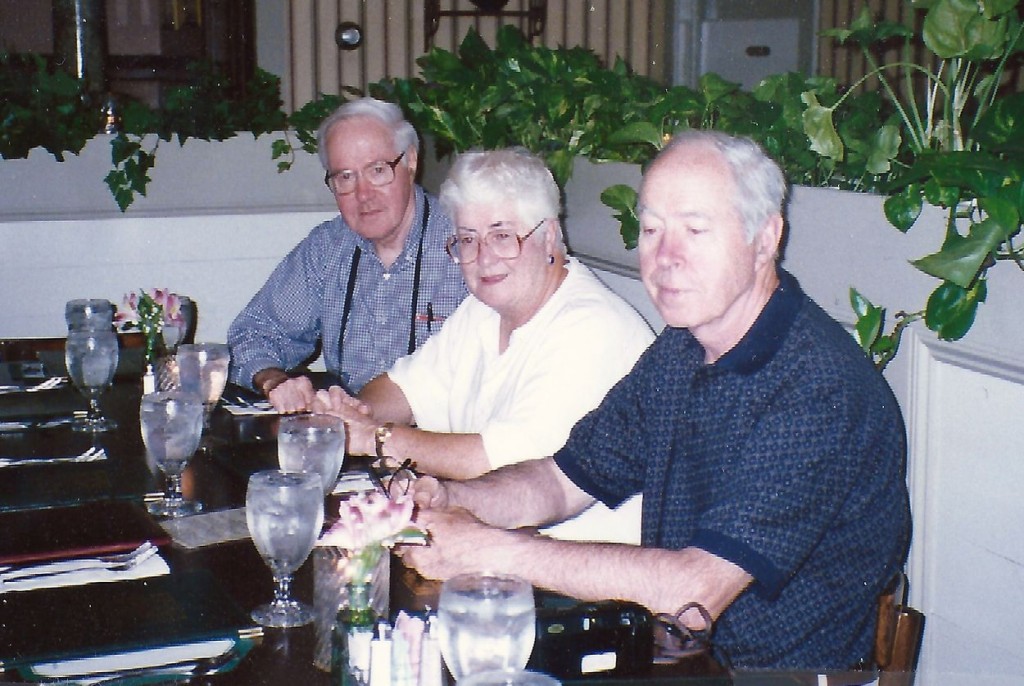 My mentor and cousin, Robert J. Gillis (L), with two of his siblings, Martha and Gregory, 1997.

Robert died suddenly in 2003 but I still miss him and think often on the advice he gave to me. He had a genealogist’s heart and believed that all of our ancestor’s deserve our appreciation and that it was important to learn about the story of their lives and not just the dates.

In honor of my first surname search in 1998, I have added a surname page to my blog menu in the hope that you will be inspired in your own search. And, if some relative is helped by contacting me, even better. Thank you, Robert, for your friendship and support.

This entry was posted in Genealogy and tagged Gillis, Mansfield, surname, Williams. Bookmark the permalink.

One Response to Genealogy: Surnames