Fort Robinson was a pre-Revolutionary War fort in the area of the South and North Fork Holston River confluence. There has been much speculation on its location since no part of the fort remains, today. In the Kingsport Archives last week, I found two references to the Fort in the Spoden Collection (KCMC 516). One reference was in Miss Annie Mitchell’s scrapbook, an album of newspaper clippings that she began collecting in 1916.

Inside the album is a collection of clippings concerning the history of upper East Tennessee and oral history interviews with long-time residents. This article caught my eye. 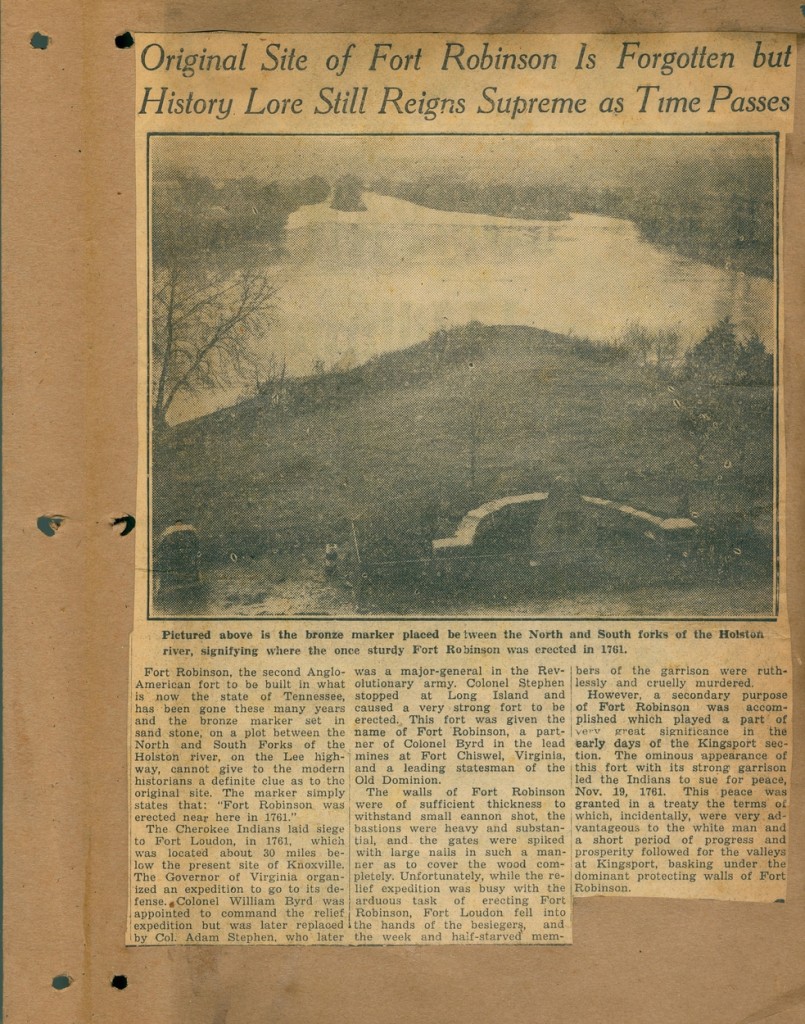 The article was from the Sunday, August 8, 1937 edition of the Kingsport Times. I also found the following photograph in another part of the Spoden Collection. 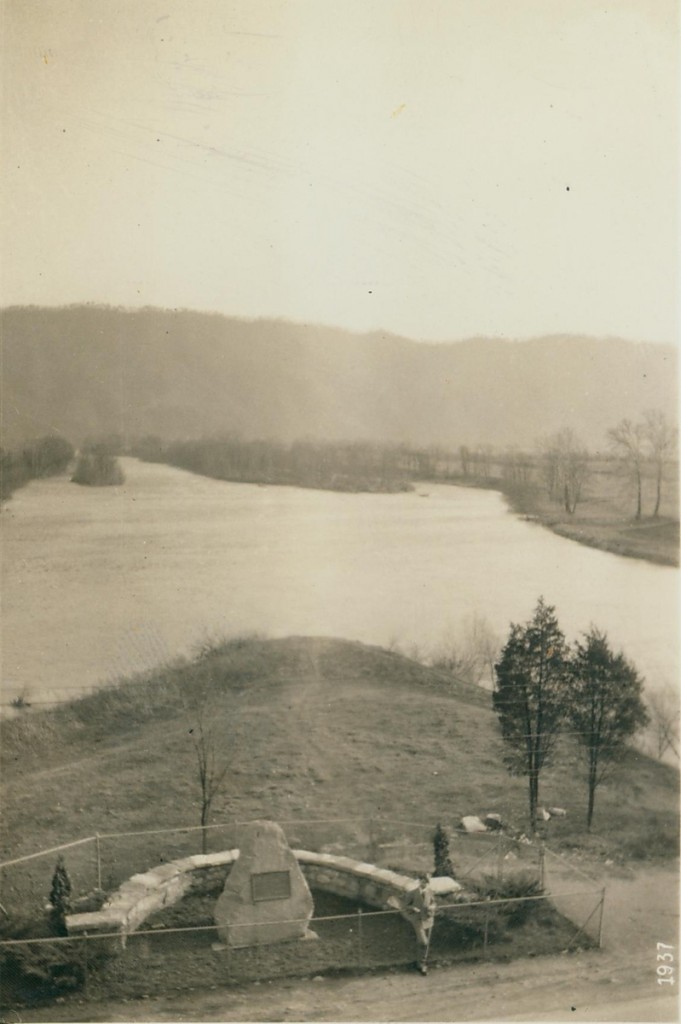 The image is date stamped in the corner, 1937. Notice in the above photo that there was no unsightly breakwater separating the two rivers back then. Today, the site looks like this: 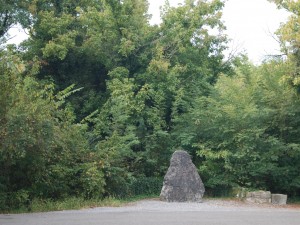 The trees completely obstruct the view of the river, the fence has been removed, the stone wall is literally crumbling under the weight of the ivy, and the metal marker is lost.

Looking through archival photographs makes me appreciate the vision that early Kingsporters had for this town. The look-out at the end of Netherland Inn Rd. just before crossing the Rotherwood bridge, today, is really just a turn-around. It doesn’t honor the beautiful view of the river and the mountain that these early photographs were witness to.

This entry was posted in Field Trip and tagged historic sites, Kingsport. Bookmark the permalink.