The photographs were brought to the archivist’s particular attention when a patron walked into the archives one day and revealed that she, Sue Coney, was the model in the Ridgefields advertisements. You see her posing below with Russ Miles. 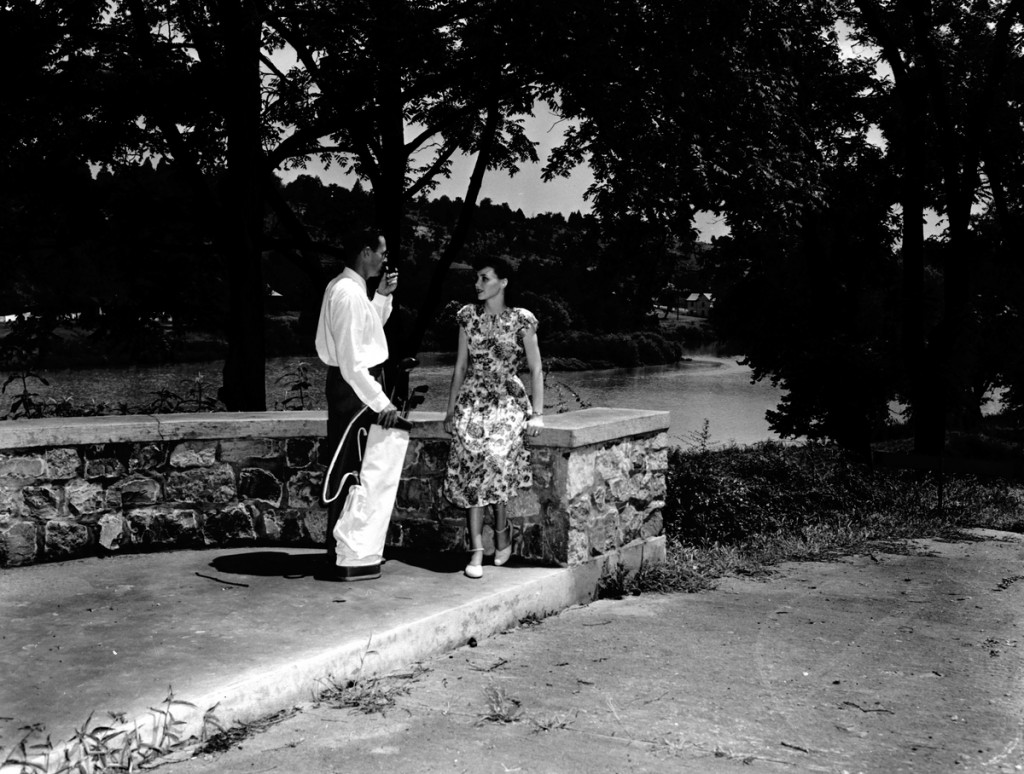 The mystery was, where was the photograph taken? We thought it might be part of the turn out just before crossing the Rotherwood bridge. Then, a couple of weeks ago I was jogging with a friend on the golf course when something I saw stopped me abruptly. 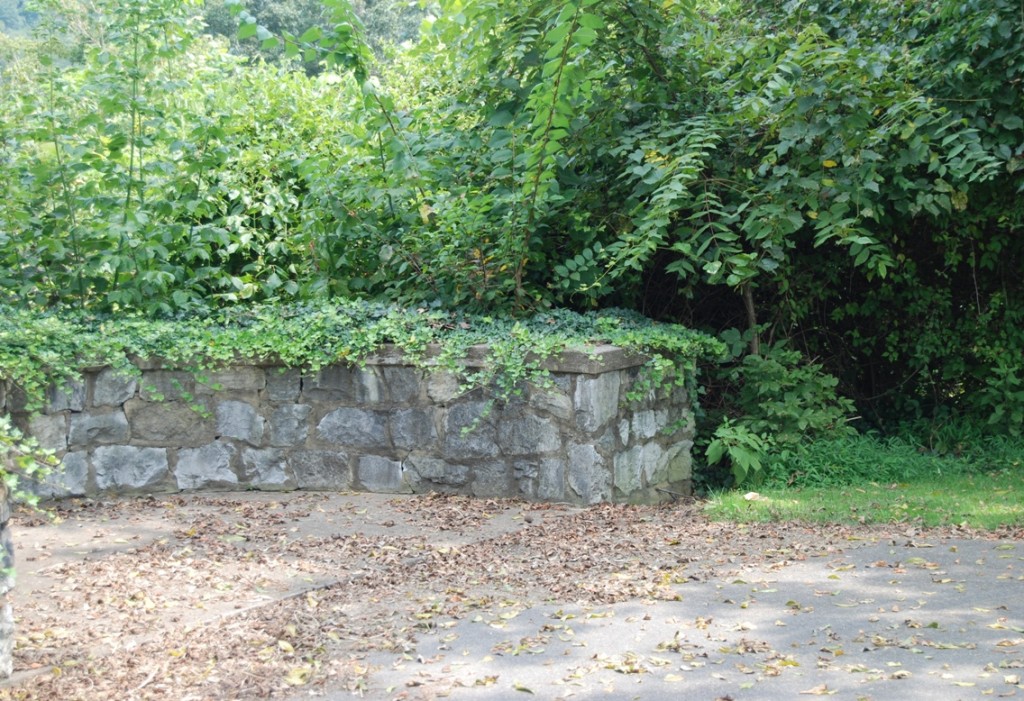 It is buried in ivy, the cart path is now level with the step, and the view of the river is completely blocked by trees and undergrowth, but this is definitely the 1948 stone lookout.

Here is another view looking down river. 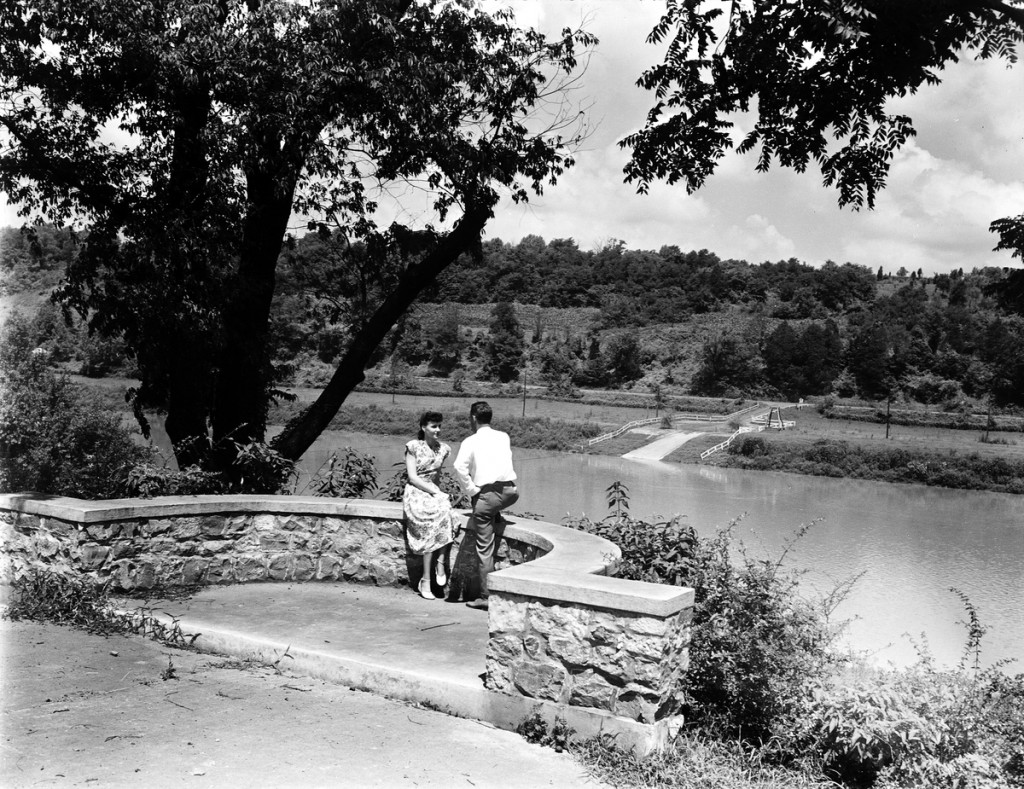 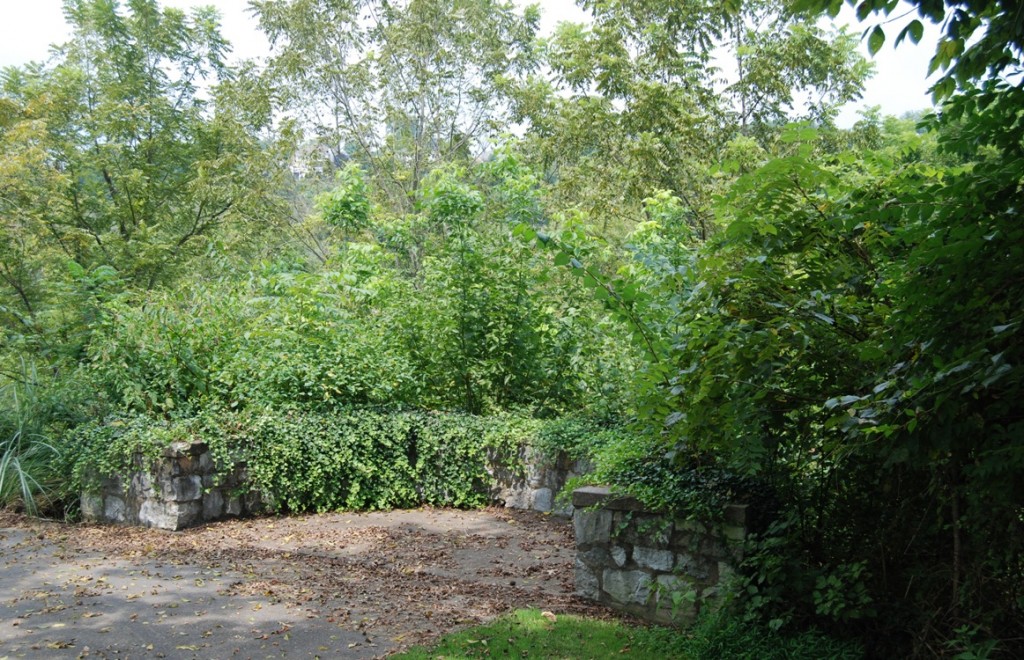 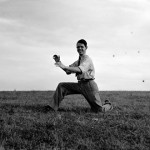 Speaking of treasure, that is what Thomas McNeer’s legacy is to the City of Kingsport. McNeer worked steadily as a photographer in Kingsport from the 1940s through the early 1980s. In 1982, he founded the Kingsport Archive of History, which later became the Archives of the City of Kingsport. The collection of his life’s work documents the industrial, business, and cultural life of the city and rarely a day passes in the archives without one of us referencing his images for study, comparison, or sometimes just for pleasure.