On October 1, 1948, the first Freedom Train pulled into the Kingsport train station and opened its doors upon an exhibit of dozens of original “documents of liberty.”

I’ve updated our HistoryPin Channel by adding a tour of the Freedom Train. The brain child of President Truman and the staff of Attorney General Tom Clark, the train traversed the 48 states between September 1947 and January 1949. 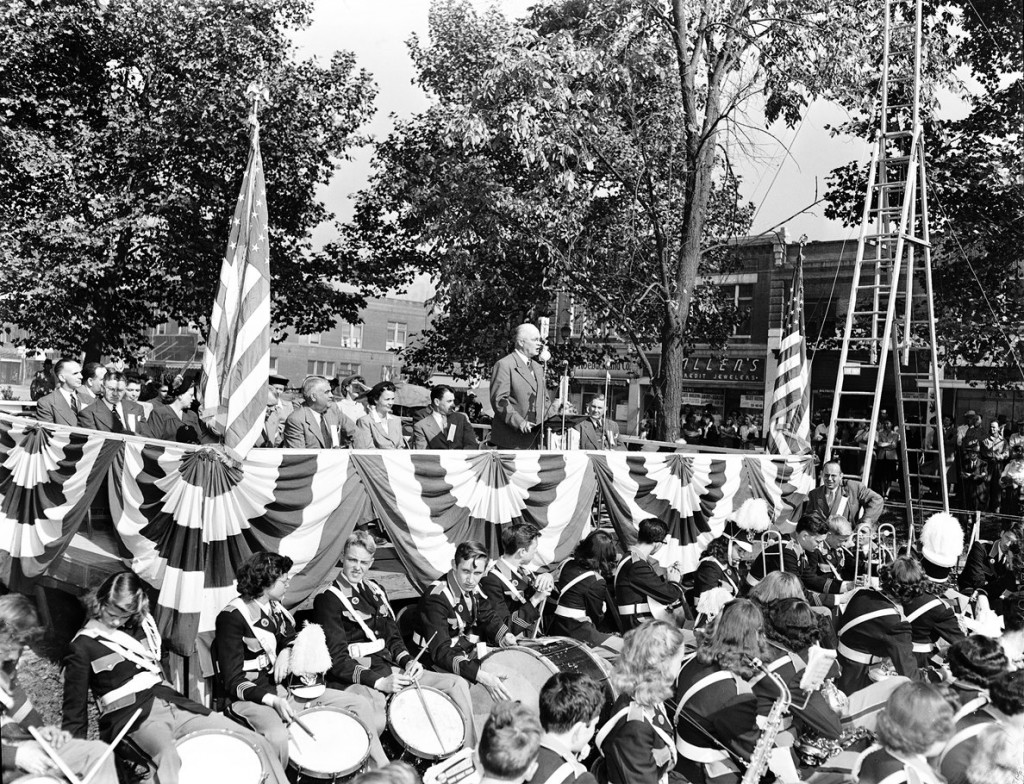 The program that morning included speeches and a performance by the Dobyns Bennett Band.

The Kingsport Press distributed booklets in the community that featured synopses of the documents exhibited. 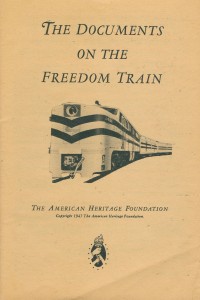 The back cover had a very interesting treatise on citizenship. 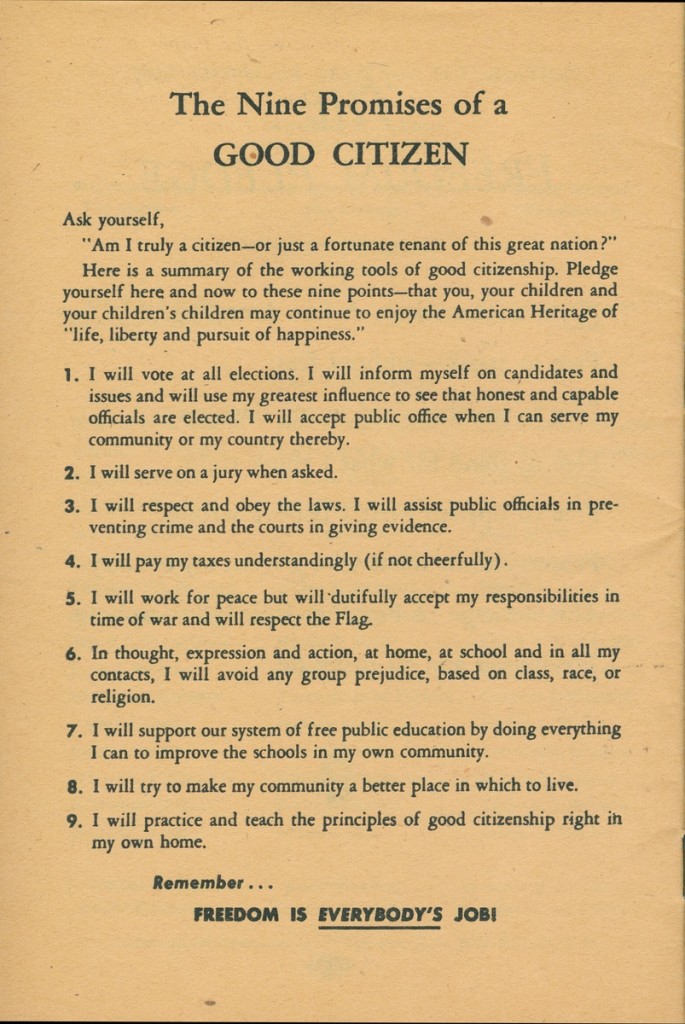 I selected from among my favorite pages to show an example of the documents exhibited with their brief histories. Click to enlarge if the print is too fine. 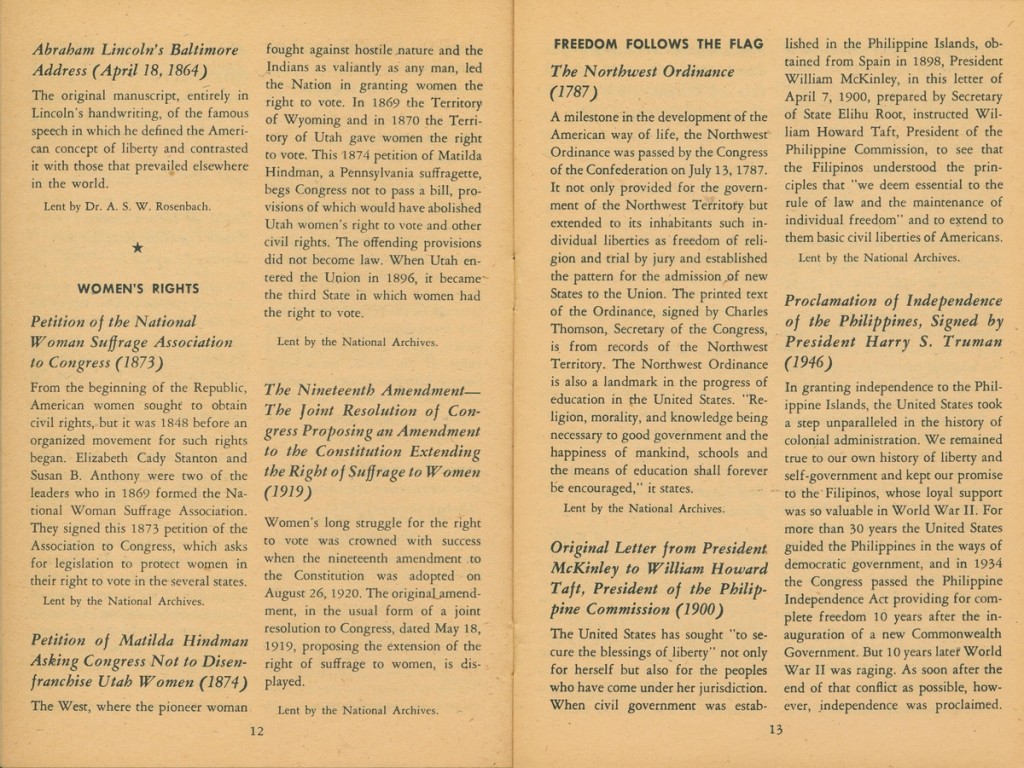 Notice the booklet gives a reference for the collection or repository responsible for each document. 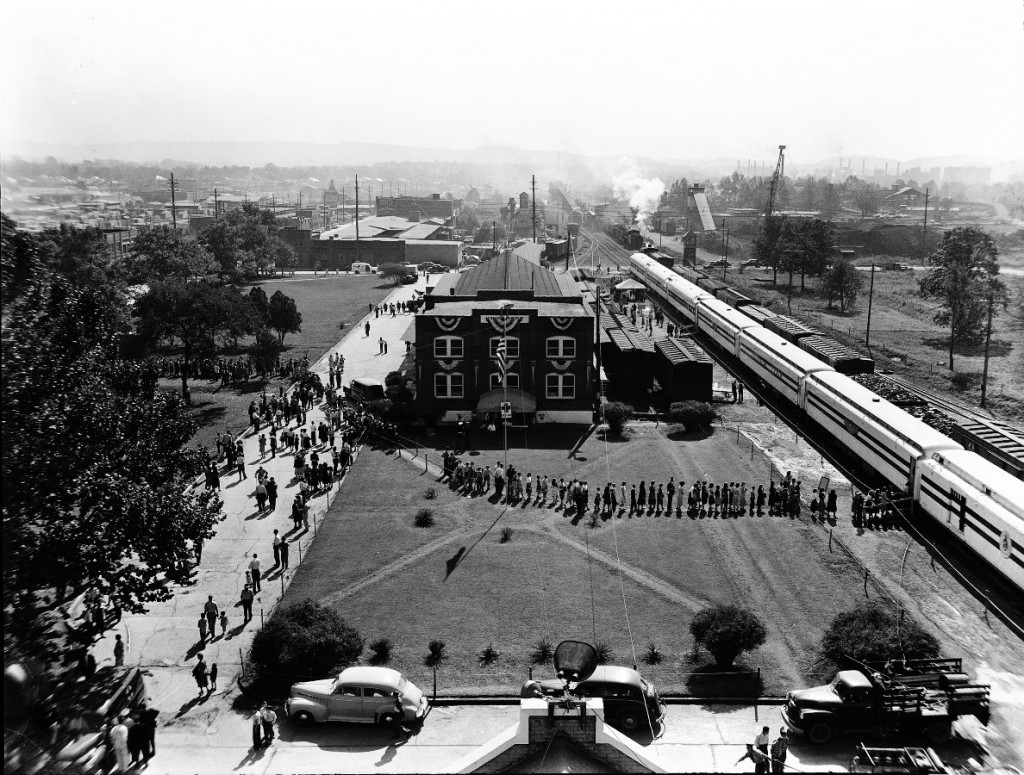 This entry was posted in Kingsport and tagged archives, Freedom Train, HistoryPin, Kingsport. Bookmark the permalink.

One Response to Kingsport: Freedom Train