Update (20 December 2013): I am happy to announce that the items below have found a home with the Historical Society of Pennsylvania located in Philadelphia. The Kingsport Archives sent inquiry e-mails to three different repositories and received interest from two. In the end, we sent Mr. Bennett’s historical items to the organization that could best care for them.

Happy Preservation Week! In the spirit of this event, the City Archivist prevented a patron from throwing away two beautiful photographs and two fantastic diplomas last week by offering to find good homes for them. Remember Mrs. Newsome who donated her father’s hosiery mill panoramas? Well, she and her brother were also in the possession of items that actually pertain to Pennsylvania history, not to Kingsport. But Brianne couldn’t stand to see them perish. Way to go, Brianne! She brought whole new meaning to the word “preserve.” 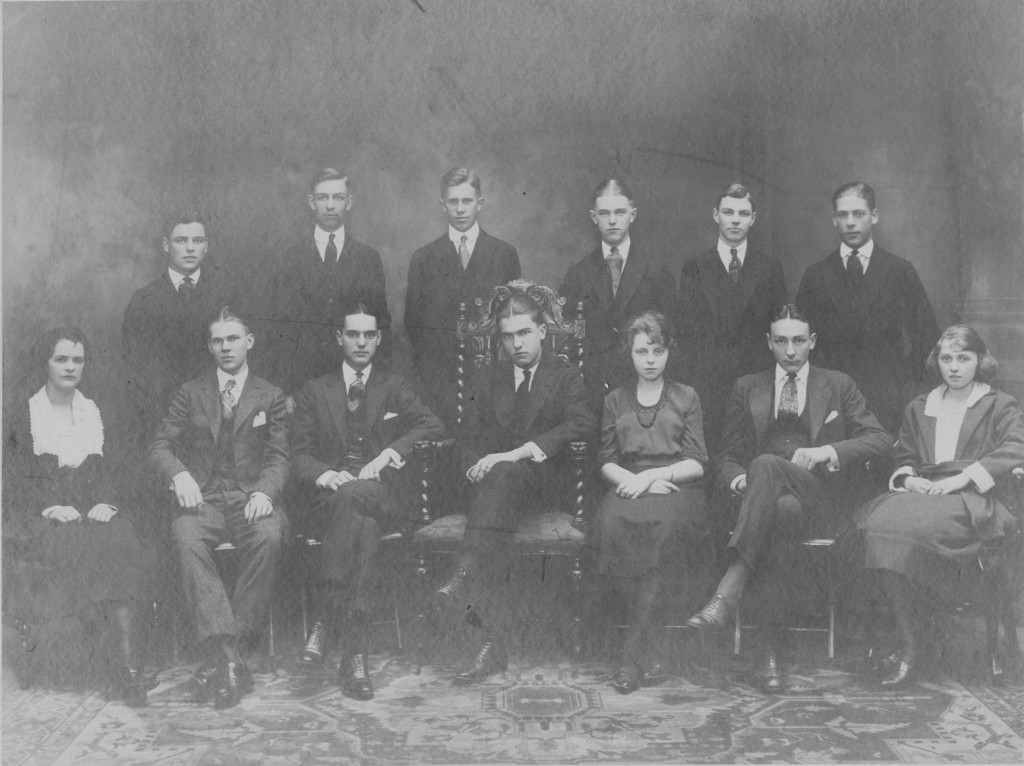 Raymond Bennett is seated in the center of this class photo.

Mr. Bennett, the donor’s father, attended school in Jenkintown and Bensalem, Pennsylvania, so we are looking into the possibility that repositories or libraries in those areas might be interested in the items. 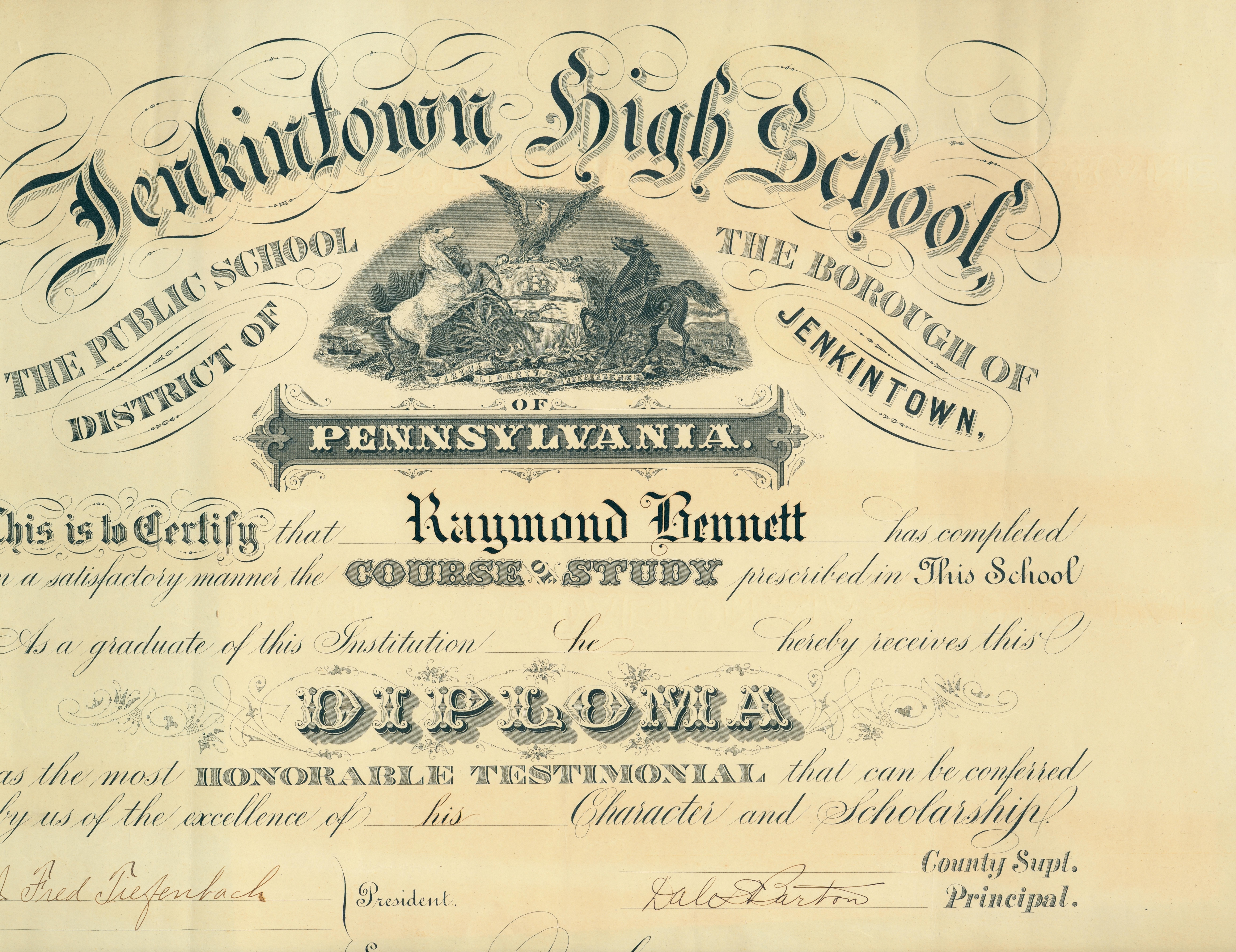 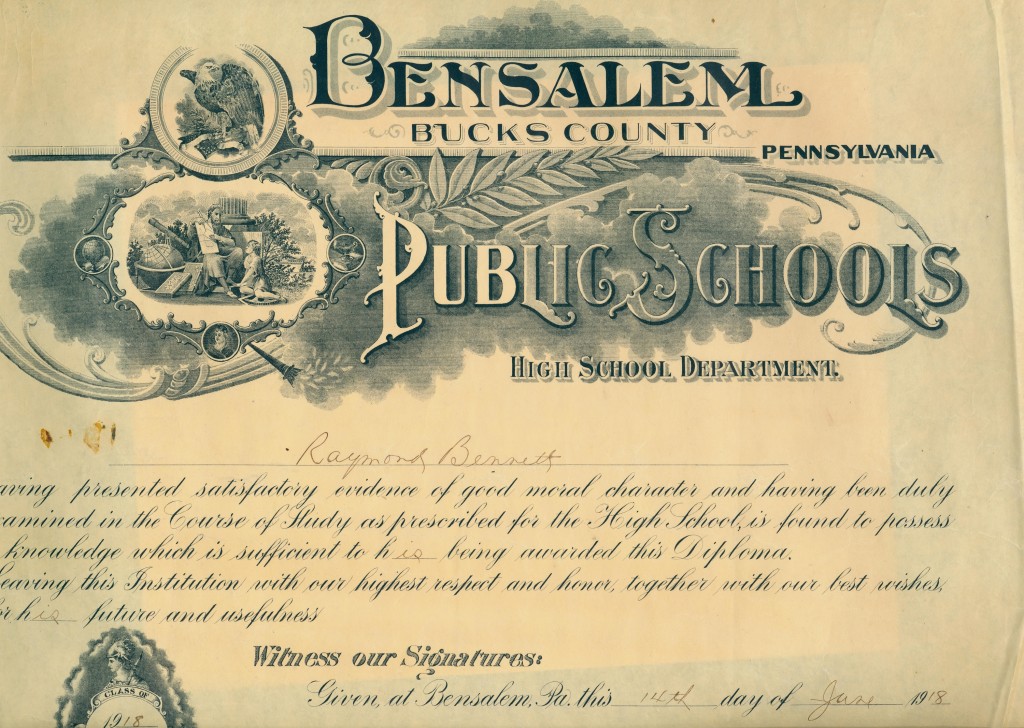 Although the diplomas would not completely fit in the scanner, you can see how beautiful they are. If these were from old Kingsport High School, we would defintely want them.

Hopefully, an archives in the northeast Philly area will agree that these documents have value. The signatures on the Jenkintown diploma will also provide us with avenues to search. The last item Mrs. Newsome entrusted us with was this intriguing photograph. 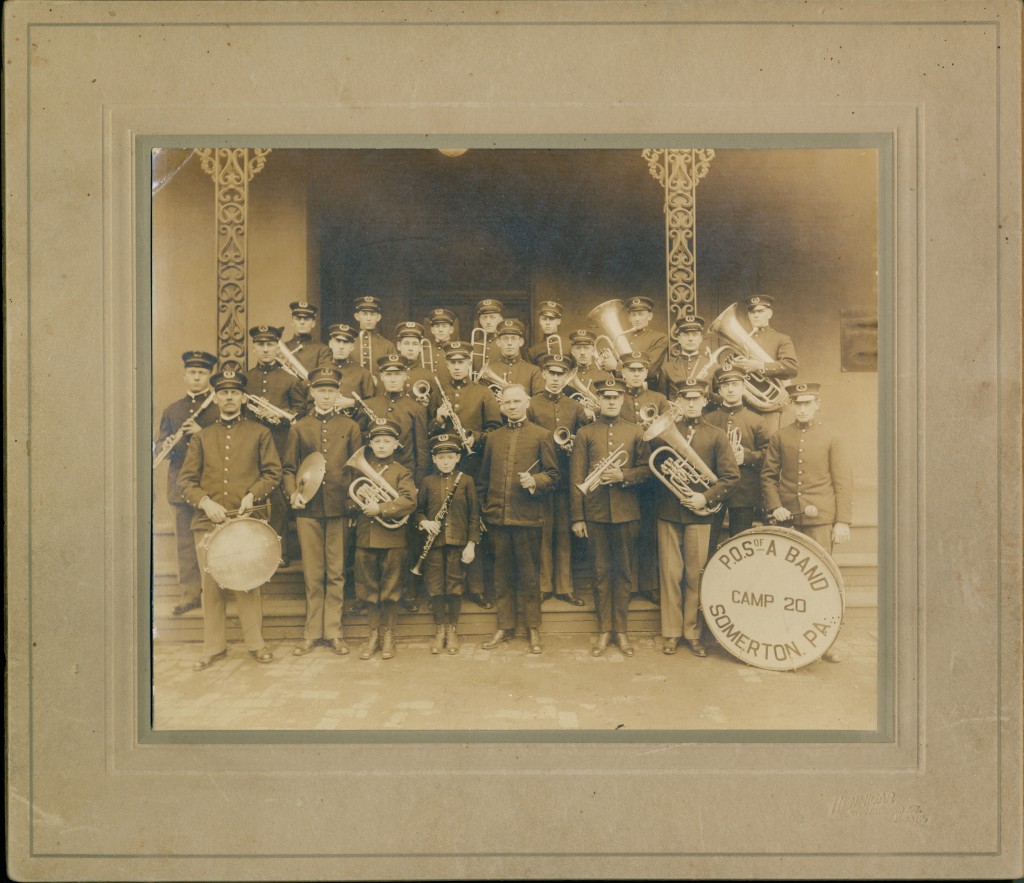 This was the stumper. What does POS of A stand for?

Unable to decipher the abbreviation, I finally searched the term “Somerton PA history” and came up with THIS. Scrolling down on this Historical Northeast Philadelphia website led me to the exact same photograph. Behold, the Patriotic Order Sons of America. This fraternal organization was founded in Pennsylvania in 1847. The Somerton camp had its own band.

Once we locate a few relevant archives, we will send them our scans and hopefully be closer to finding a home for these items. The moral of the story? “Before you throw away, call you local archives, today!”

This entry was posted in Kingsport and tagged archives, Outreach, photograph, research. Bookmark the permalink.

One Response to Kingsport: Preservation Week