I have been working on records of the Kingsport Planning Commission. The bulk of the files range from 1950-1982.  They were donated about 10 or more years ago. They looked like this: 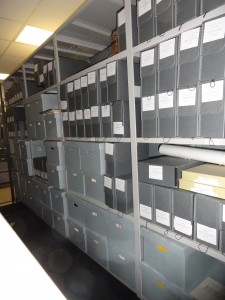 Everything you see that is light grey (record center boxes) needed to be addressed. Basically, this collection took up three entire shelving sections. Here was the PLAN.
1. Review each series for research value and historical value.
2. Files belonging to series that had value would need to be sorted and either processed or purged.
3. Depending on what we retained, re-configure the arrangement.

After more than a week of work, we decided that four of the series were worth preserving: Annexation, Glass Plate Negatives, Miscellaneous, and Zoning. Here is what the final purged stack looks like: 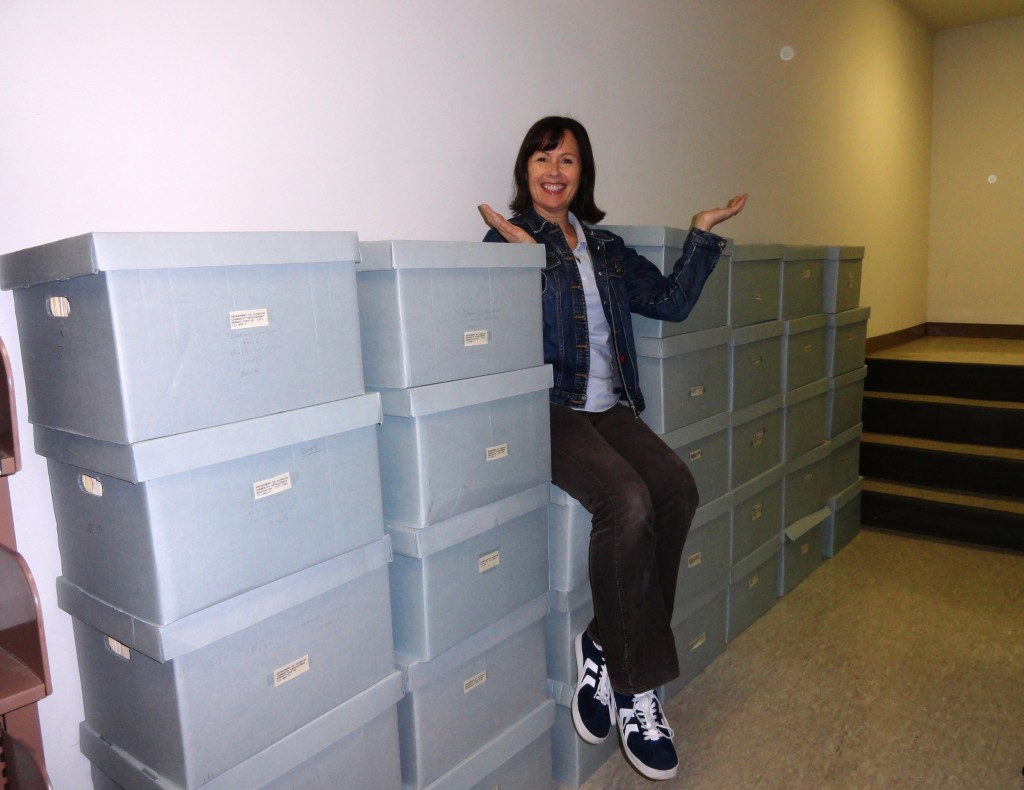 While it was tempting to toss everything and move on to a “pretty” collection, we resisted. My paws dug inside of every single box you see, and probably half of the folders, in order to make necessary decisions. Annexation was reduced from 7 record center boxes down to 1. In the new arrangement, it became Series I. Miscellaneous was reduced from 4 boxes down to 1 and anything we wanted from purged series was included in what became the new Series II. Essential meeting minutes and notes from the Zoning series were processed and treated as an accrual to a previously processed Planning Commission Minutes collection. Here is what the two completed series look like, now: 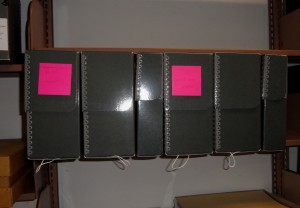 A patron interested in researching the history behind Kingsport’s growth can find answers in the Annexation files, neighborhood by neighborhood, and street by street. Miscellaneous contains reports prepared for the commission on development and urban planning, from soil conservation to transportation and education.

Currently, I am in the process of scanning glass plate negatives of aerial photography. 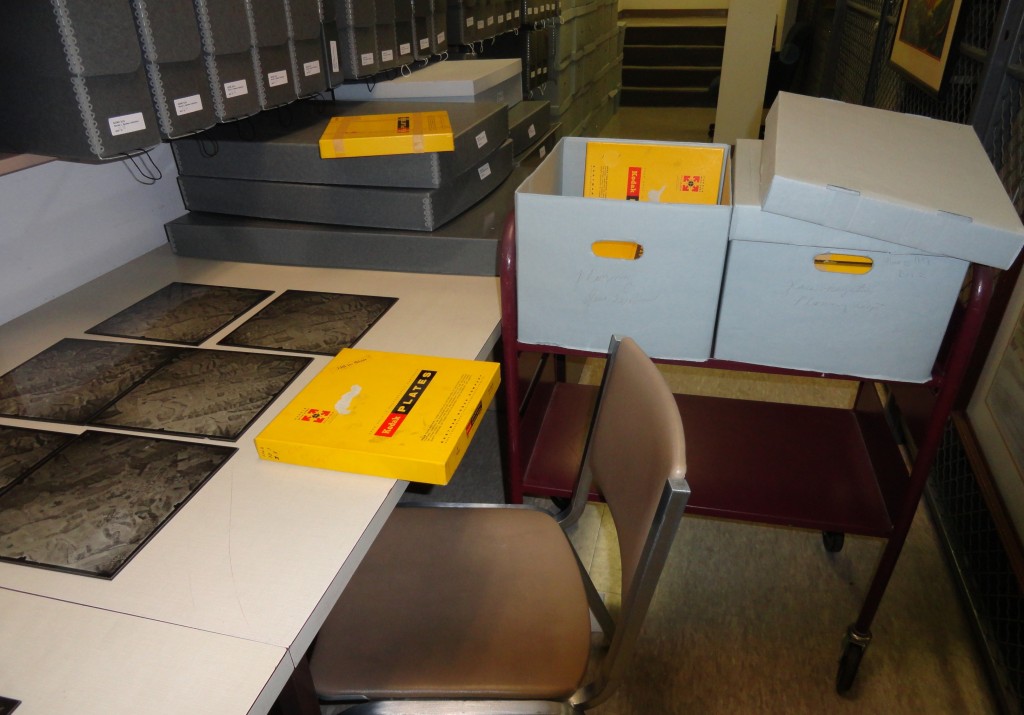 There are four record center boxes in this series and each contains about 42 plates. We will scan them as .tif files on our awesome scanner. 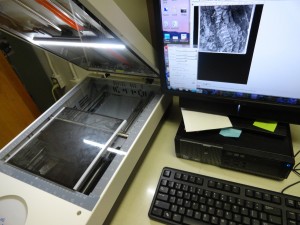 It’s likely that we will not retain the original negatives. Glass negatives should be housed upright in special boxes with board dividers and individual four-flap folders (read the excellent Minnesota Historical Society article). The supplies can be quite expensive. Also, the optimum storage temperature is below 65 deg F and 35% RH. The Kingsport Archives is maintained at 68 deg (read OCLC’s recent preservation post).

Three exciting things will come from all of this hard work. 1. The Muriel C. Spoden Collection will get to move from the processing shelves to permanent shelves within the cage! 2. I can help Brianne with two ongoing outreach projects that make use of our historic photographs of downtown Kingsport and 3. I’ll have time to develop a HistoryPin site for the archives.

That should be “pretty” and exciting!

2 Responses to Kingsport: I’ve Got Plans