Today, the City of Kingsport Archivist, Brianne Wright, and I met with archivist Ned Irwin for a tour of the newly planned Washington County Archives in Jonesboro, TN.  Ned was a longtime archivist at ETSU and was also Brianne’s mentor, so it was a real treat to have so much of his very important time all to ourselves. 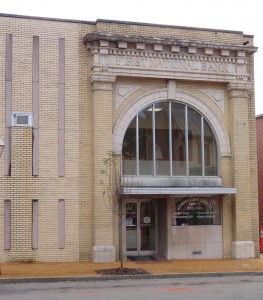 Ned’s office is currently housed in this old bank-turned county building. He showed us the origianl vault and all of the proposed alterations. 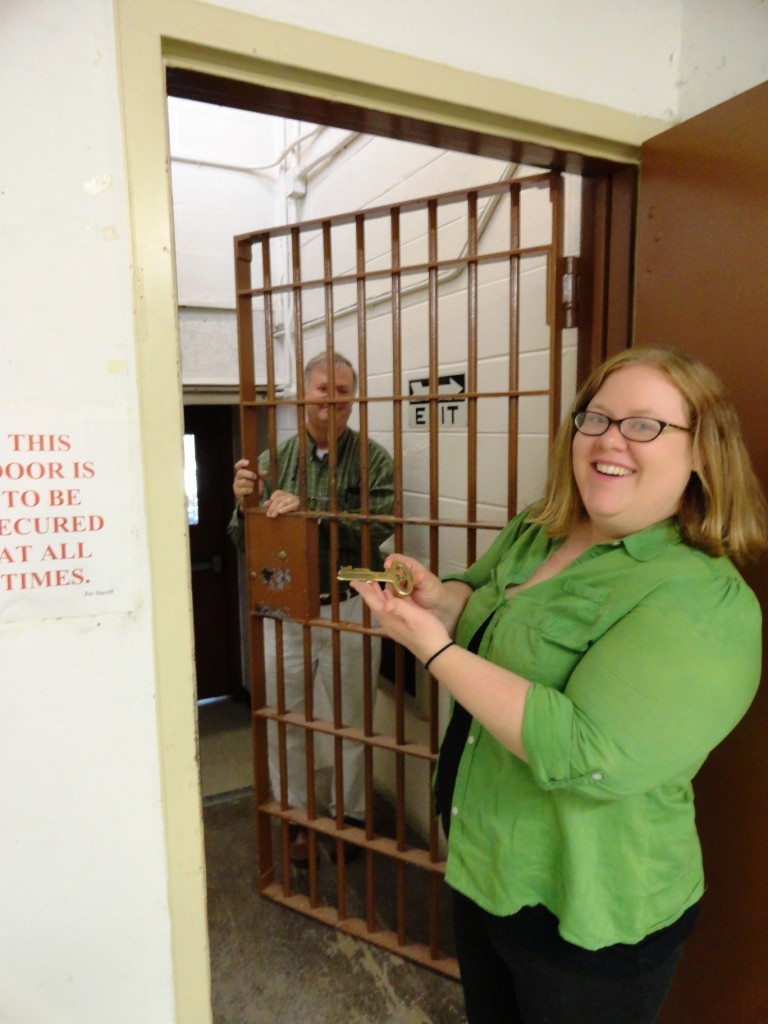 And so the tour begins. Don’t lost that key, Brianne! 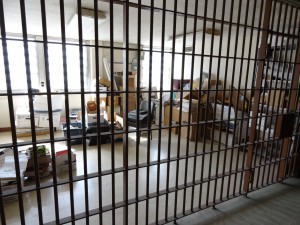 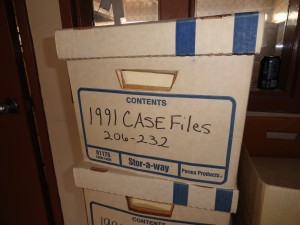 All of the abandoned offices are piled high with old records. “Mr. DA, come purge your records!” 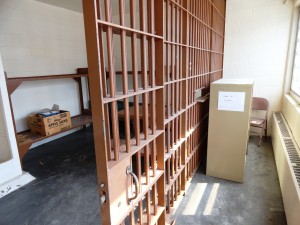 One jail cell will remain unchanged and serve as a museum. The rest of the cells get treated to acetylene torch removal of the bars. Bunks and fixtures have been removed and slowly plaster and paint repairs are being made. 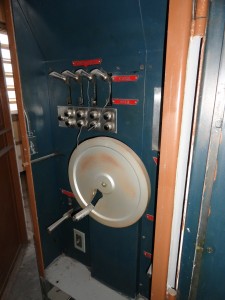 Some things are harder to remove, like the huge, heavy cell door levers. They were everywhere. 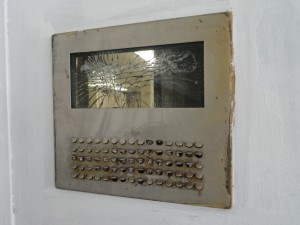 Equally ubiquitous, these “portholes” were inserted into every cell wall. The way inmates received visitors, apparently one inmate had a disagreement with his visitor. 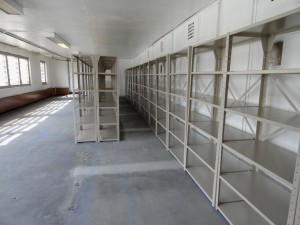 Here’s one jail all cleared and ready to receive new archival shelves, which ironically were built by state penitentiary inmates. 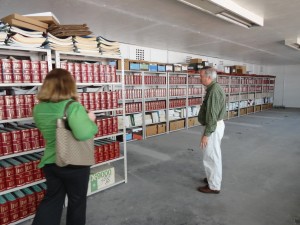 The court clerk’s staff has already moved records into this room. 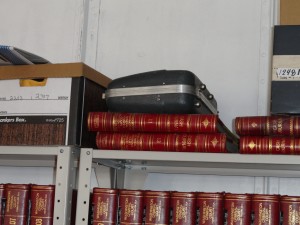 My favorite item in the room? A trumpet case. Ned has no idea why it’s there. 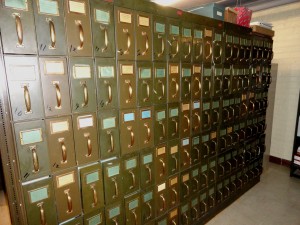 Next we went to the basement to see the oldest records in Washington County. These are probate documents.

Ned showed us a copy of the oldest record in the collection. It had the Watauga Purchase in it. The original is in Nashville. 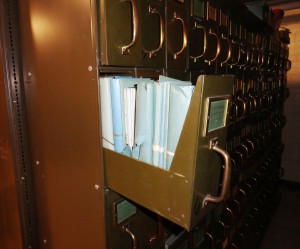 Brianne and I thought these vertical drawers were cool. 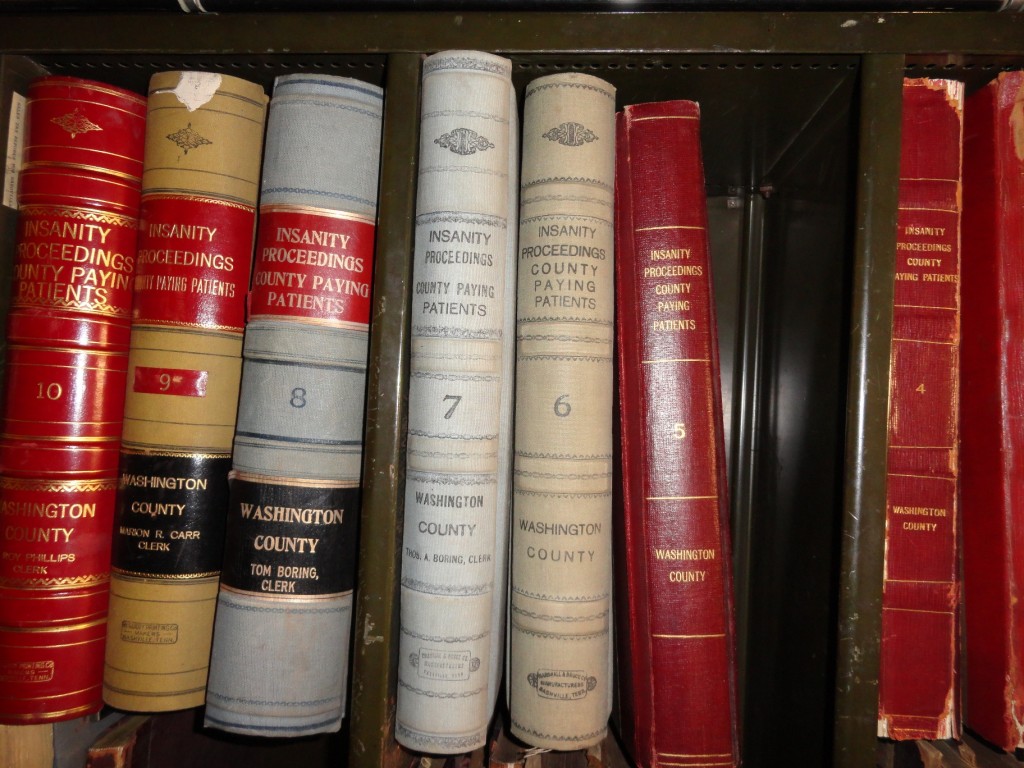 These were my favorite records in the room. Hopefully my name isn’t in them.

We went outside and he grilled me about my capstone project and then he and Brianne walked to lunch while I forlornly drove back to the library. 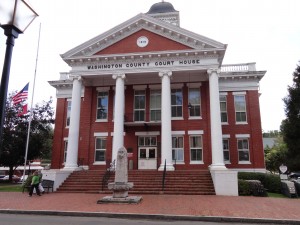 It was a great field trip! No, it was an archiventure!

This entry was posted in Field Trip and tagged Archiventure, archives, records. Bookmark the permalink.