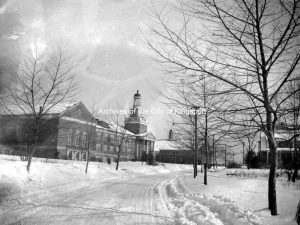 “Bundle up, Kingsport!” features photographs from the early 1930s to the late 1970s, including this early photograph of Dobyns-Bennett High School (now John Sevier Middle School) blanketed in snow.

Items in the left case include photographs of “Seven Acres” (on Memorial Blvd.) after a storm, a snowbound Kingsport Inn , and the poem View from Cleo’s Window, by Louise Weber. The Archives of the City of Kingsport has a large and delightful collection of the writer’s poetry, including several about winter (Louise Ernst Weber Poetry Collection, KCMC 286).

The Archives would love to have help identifying the man skiing down Broad Street in this undated photograph. 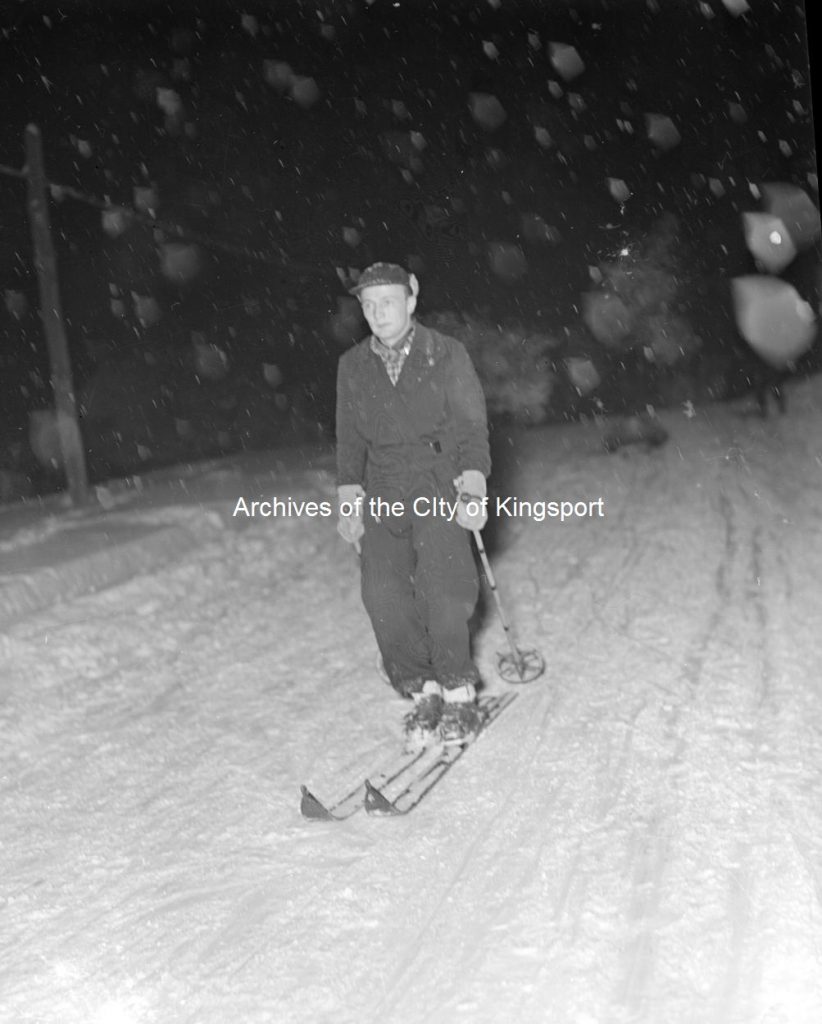 The following photograph is especially timely since Kingsport just had its tree lighting event this past Saturday night (from the Downtown Kingsport Association Records, KCMC 287). 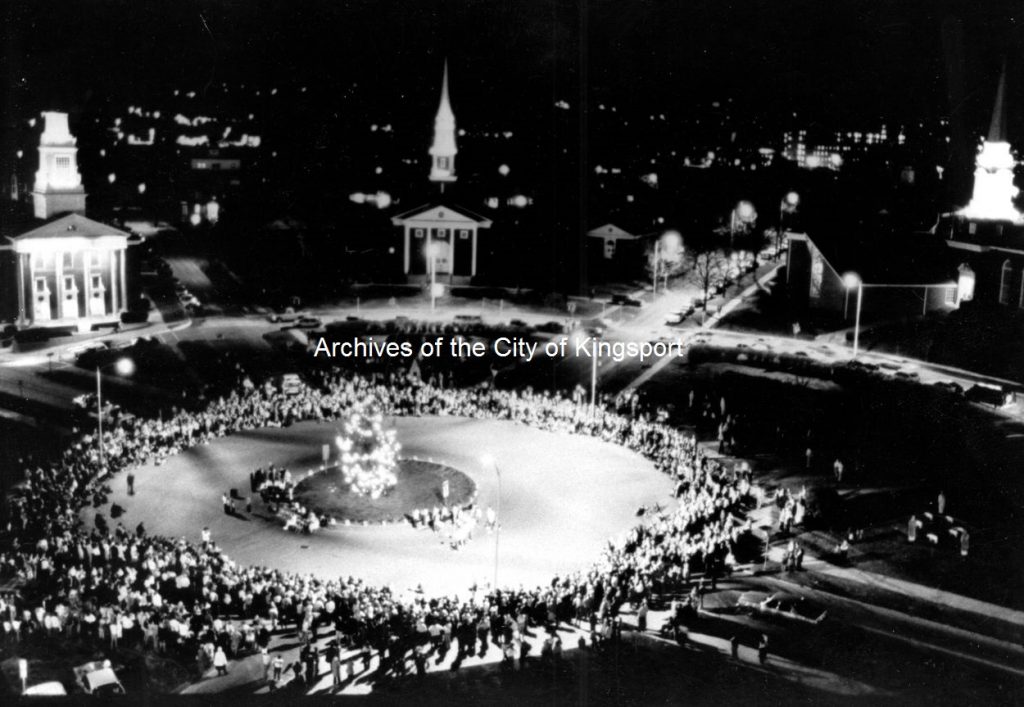 I looked at the V. L. “Red” Cloud family photo albums that are housed within the Muriel C. Spoden Collection (KCMC 516) because I remembered there were several scenes with deep snow. Since the couple traveled a lot, I first had to determine if the photographs were of Kingsport. I scanned them so I could really zoom in. 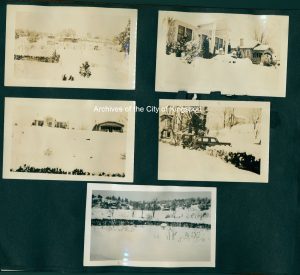 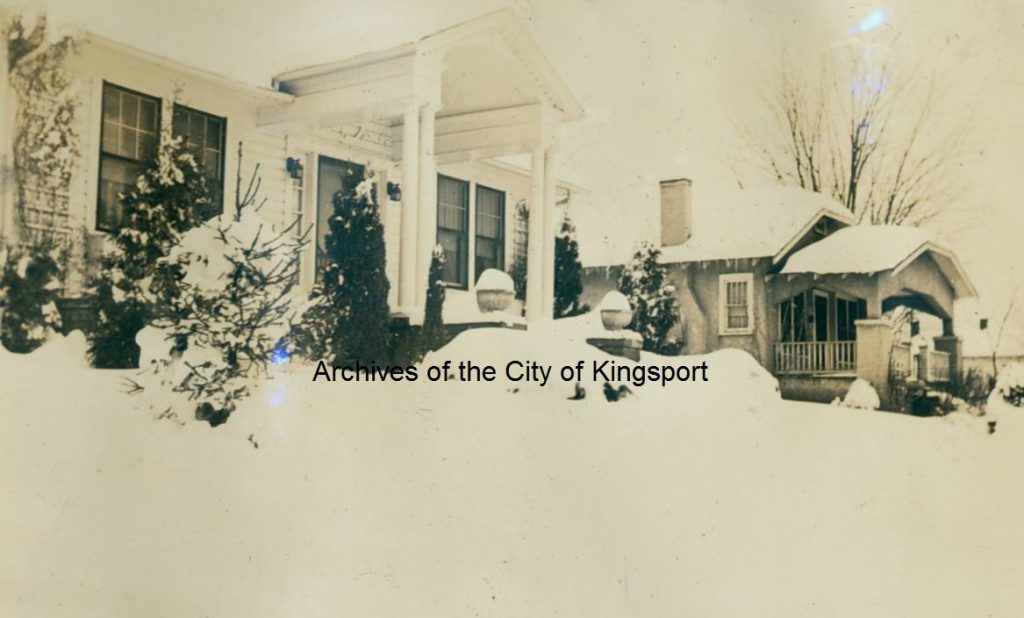 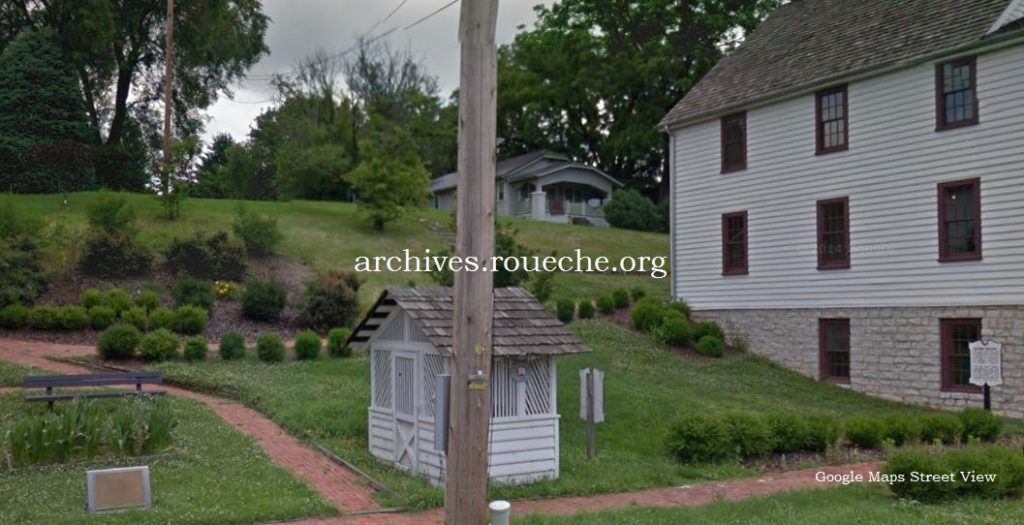 The Clouds stood in their front yard and took the most enchanting pictures of a snowy Bays Mountain, before the government chopped an interestate-sized whole through it, and of Ridgefields when it was still farmland. Priceless.

On close examination we noticed a second photograph on the same page was of Netherland Inn. Look closely at the structure behind the man. That’s the steeple of Old Kingsport Presbyterian Church in one of its two earlier locations. 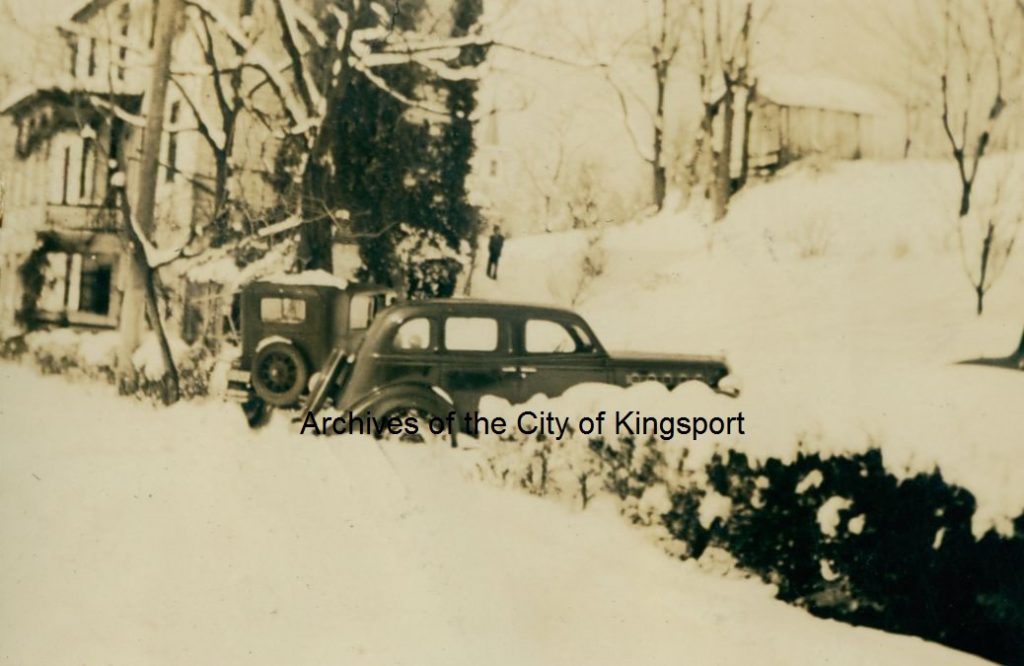 I thought I would include this photograph of Red Cloud at work at Dobyns Hardware, where he labored for many years. 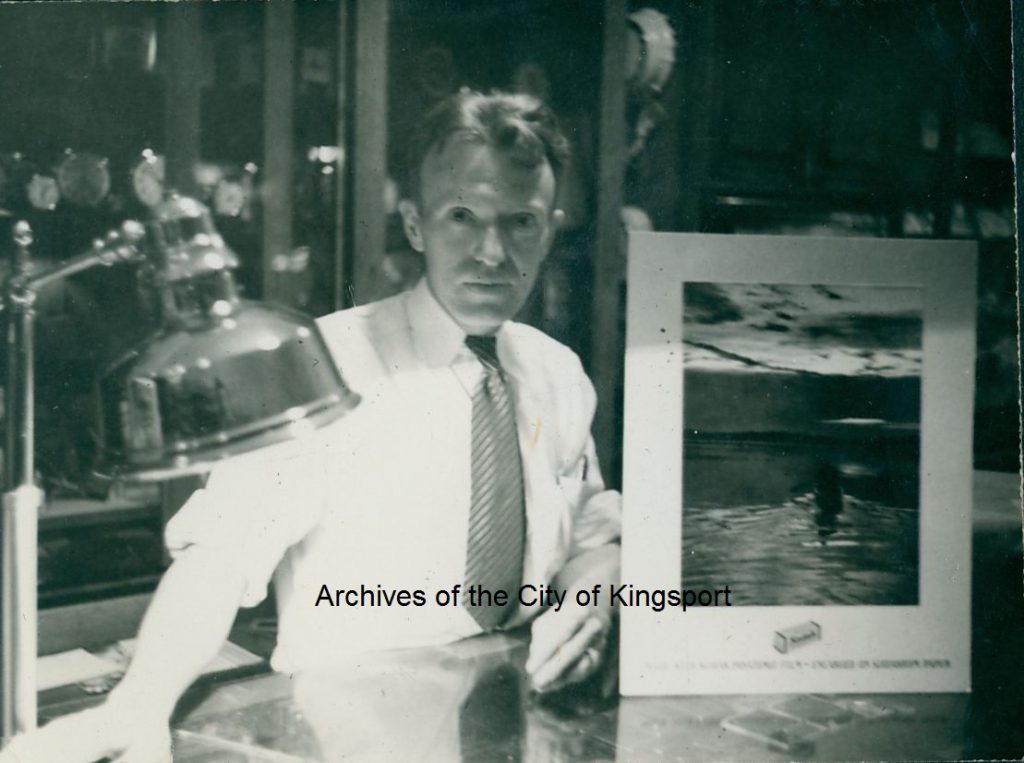 But, before I close with my traditional invitation to come see the exhibit in person, here is one more page from the Cloud album . . . 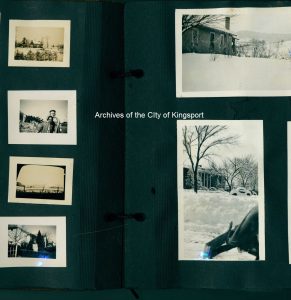 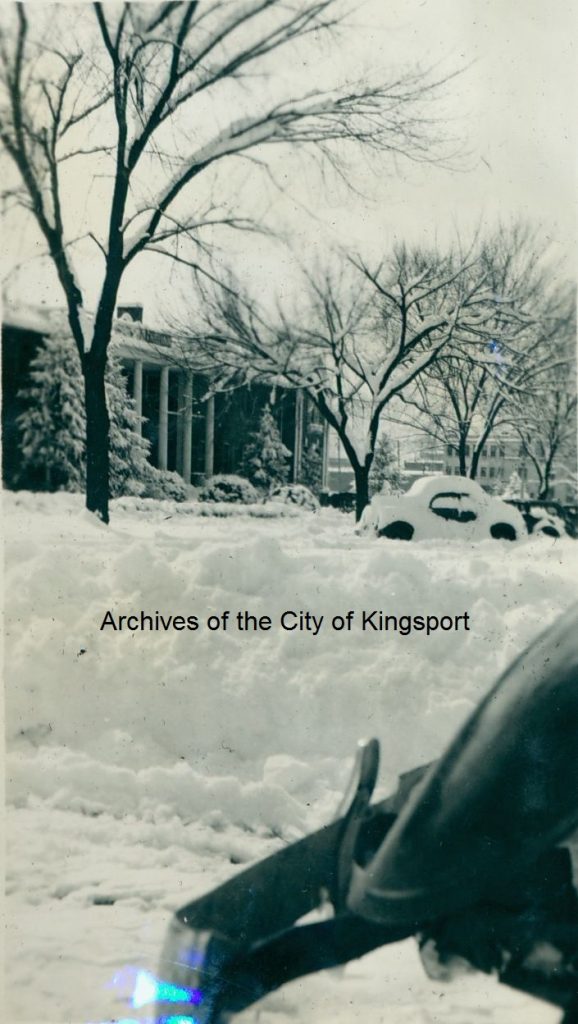 That is the former Kingsport Inn, once on Church Circle, across from where the library is, now. It looks like it had been snowing for days!

We hope you will put on your scarves and mittens and come to the library to see these historic images of Kingsport in winter, now through mid-February, 2017. They celebrate a time when people found joy in simple things and the beauty around them. May we all strive to do the same.

5 Responses to Kingsport: Wintertime is here!