The summer I turned ten years old, I broke my arm on the Fourth of July. My parents took me to the emergency room across town late at night. There was another patient close by, a burn victim, who had been brought in by two Los Angeles County paramedics. He was quickly whisked away for treatment and the two paramedics, instead of returning to their station, pulled back my curtain and asked if they could help. They sat with me the entire time the doctor examined my arm and set the broken bones. Ever since then, I have had a tremendous love and respect for the men and women of fire and rescue stations around the country. The new archives exhibit at the Kingsport Public Library honors the history of the Kingsport Fire Department and it is just in time for American Archives Month. Founded as a volunteer effort in 1916, the KFD became the city’s official responsibility when it incorporated in 1917. 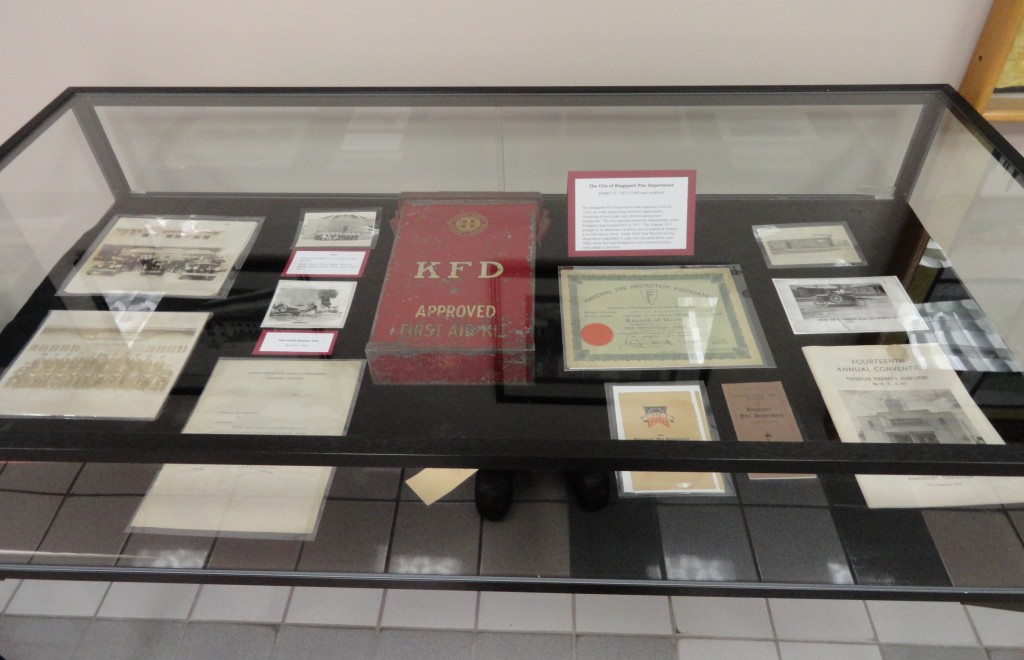 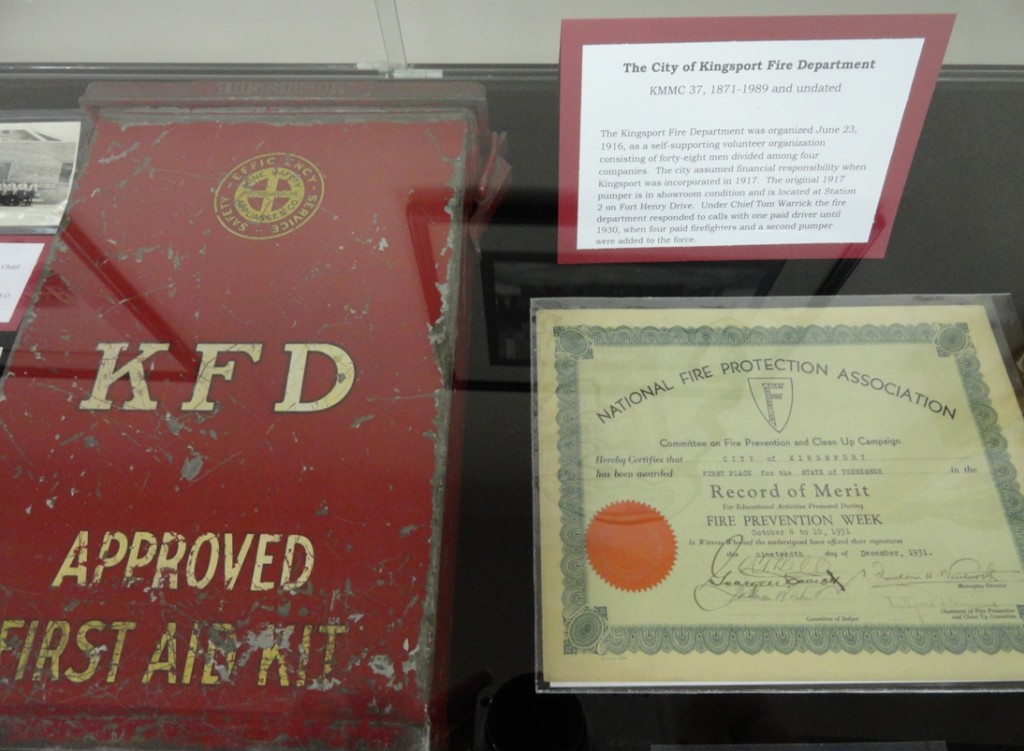 It includes the first aid kit and front door key from one of the first fire houses. 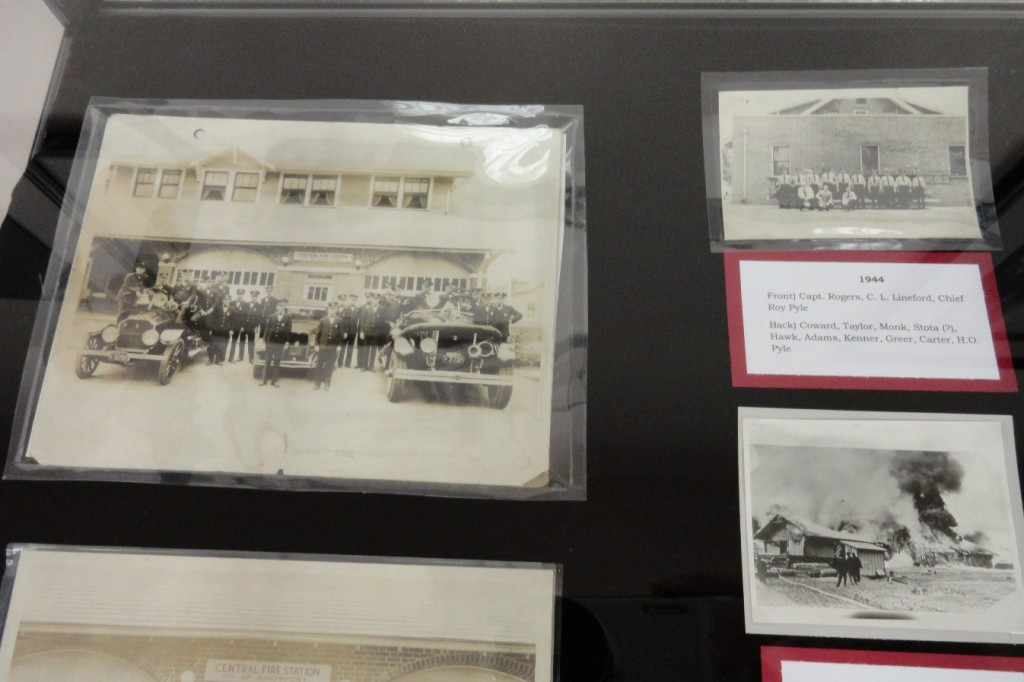 The crew of 1936 stands proudly in front of Central Fire Station. 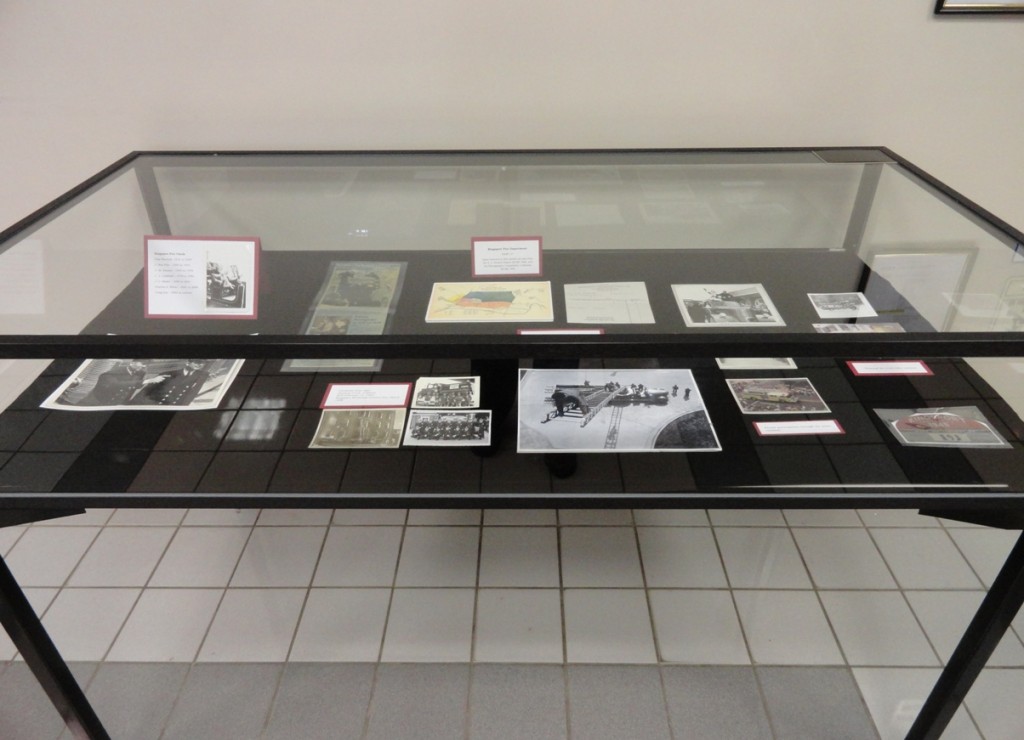 The left case displays items from the second half of the 20th century. 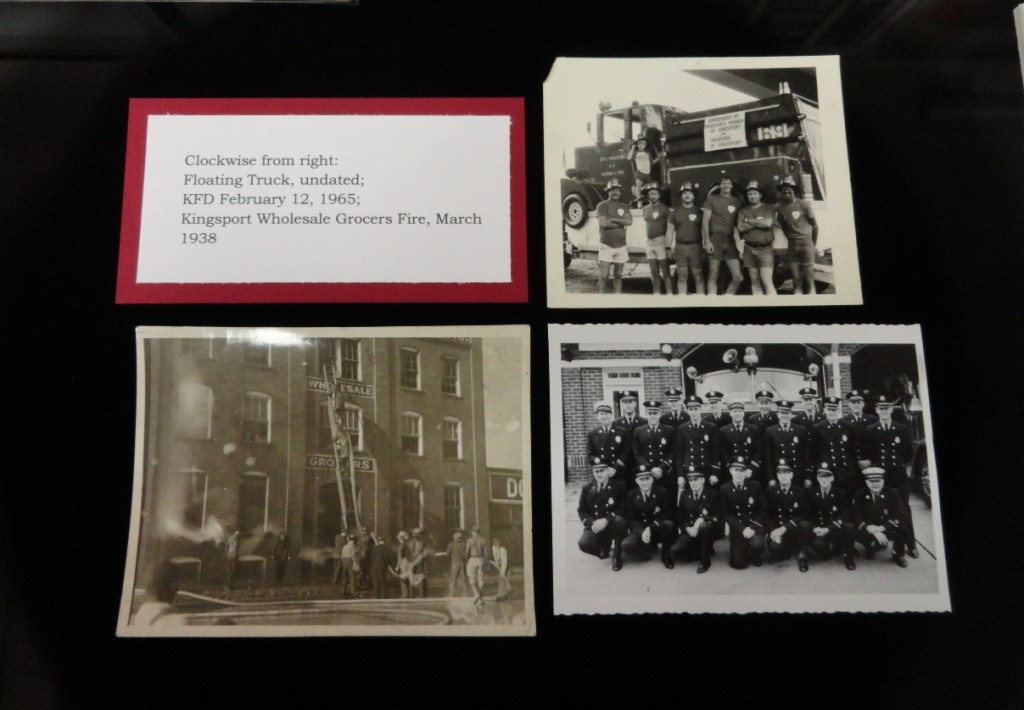 There are three large collections that prominently feature KFD history. You will have to visit the archives to see the rest of the wonderful photographs and documents they contain. 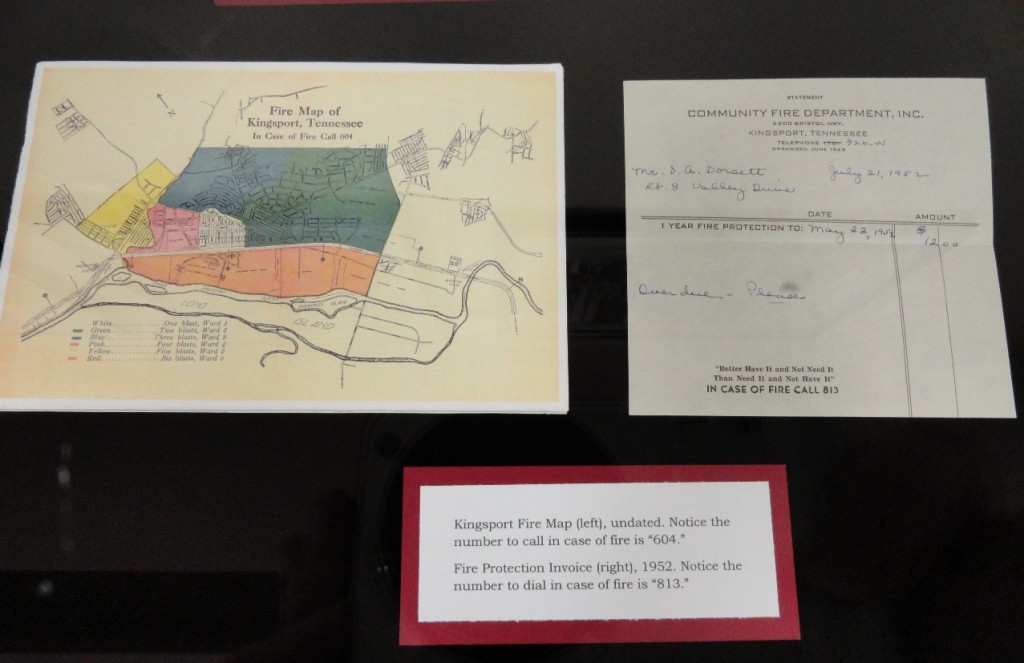 Among my favorite items are documents that display the old phone numbers to dial “in case of fire.” Here are two.

We also have new exhibits in the library’s main lobby, the archives’ lobby, and the archives’ reading room that Brianne installed…all in commemoration of American Archives Month; so come celebrate with us!

This entry was posted in Kingsport and tagged archives, exhibit, Kingsport, photograph. Bookmark the permalink.