This year’s FunFest is July 12-20 and the Archives of the City of Kingsport is hosting an awesome activity. REDISCOVER KINGSPORT: A SELF-GUIDED TOUR THROUGH TIME. Participants will head to the library for a walking tour map. From the library they will head south on Broad St. and, by following the numbers on the map, they will visit 25 sites on Commerce, Market, Main, and Shelby streets. Hanging in the windows of these storefronts will be large archival photographs of the building in its original state and a brief history of the businesses once located there.

Last week Brianne and I braved grey skies armed with photocopies and a notebook to perform a little test run and make some final selections. We made a few friends along the way and generally had a great time. And, although one gentleman told us we were made of “sugar,” we did not melt in the rain. Here are a few samples from our outing. We already knew Brianne was a good sport for putting up with me for over two years, but doesn’t she do an outstanding job of holding the archival printouts? Click each photograph to enlarge. 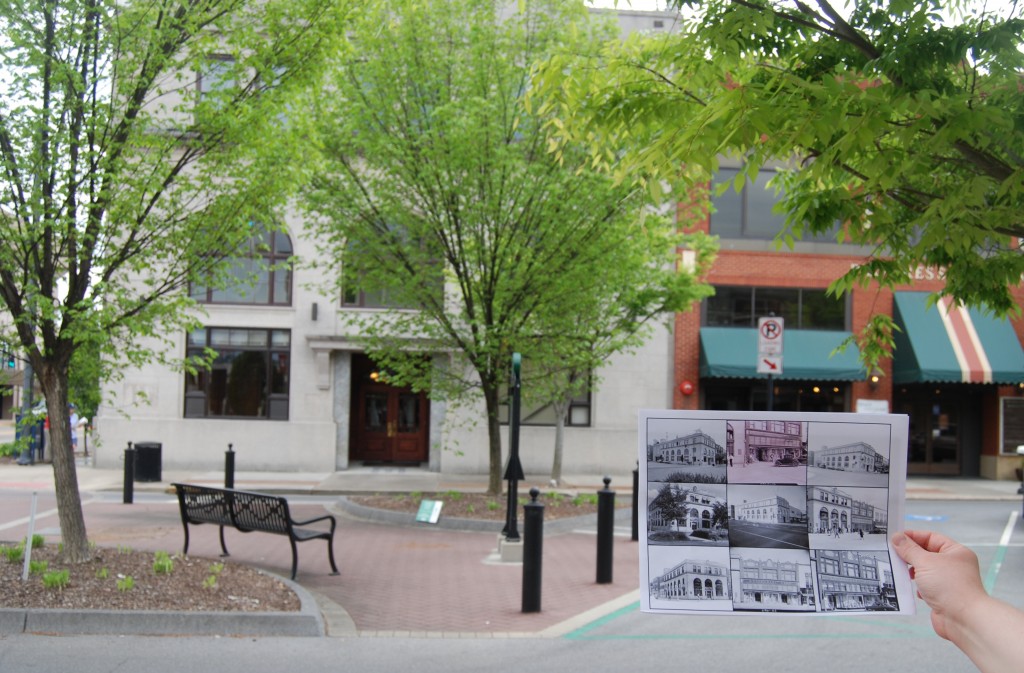 Although the First National Bank hasn’t changed much, its landscaping definitely has. That’s the Progress Building next door. 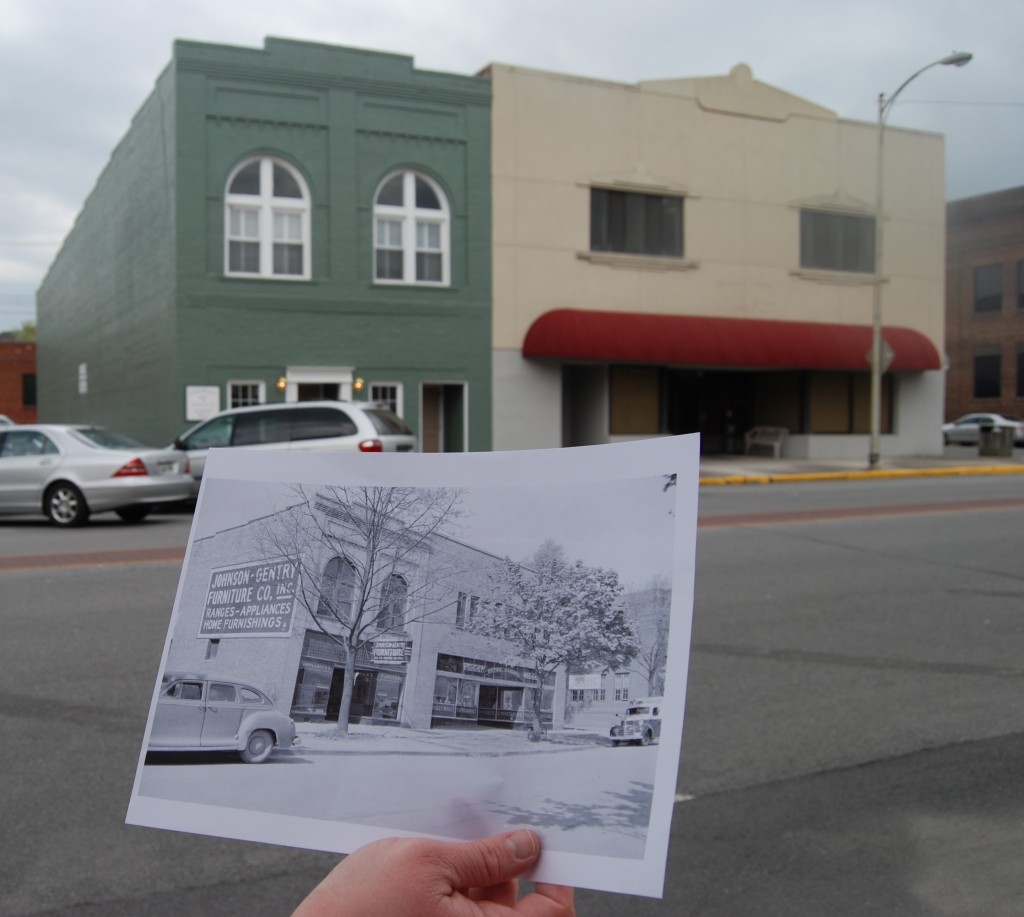 The Johnson-Gentry Furniture Co. was located on Market St. While managing to maintain its windows, notice the building next door has covered up several. Most of the buildings downtown have covered up the majority of their beautifully framed windows.

The Improvement Building is not on the tour but we stepped inside to see the Kingsport: Then and Now exhibit (and you can, too).

The exhibit was created in 2011 by ETSU students.

The other reason we went to the Improvement building was to learn more about Bob Clear so I could write the finding aid for the City Planning Commission Records. 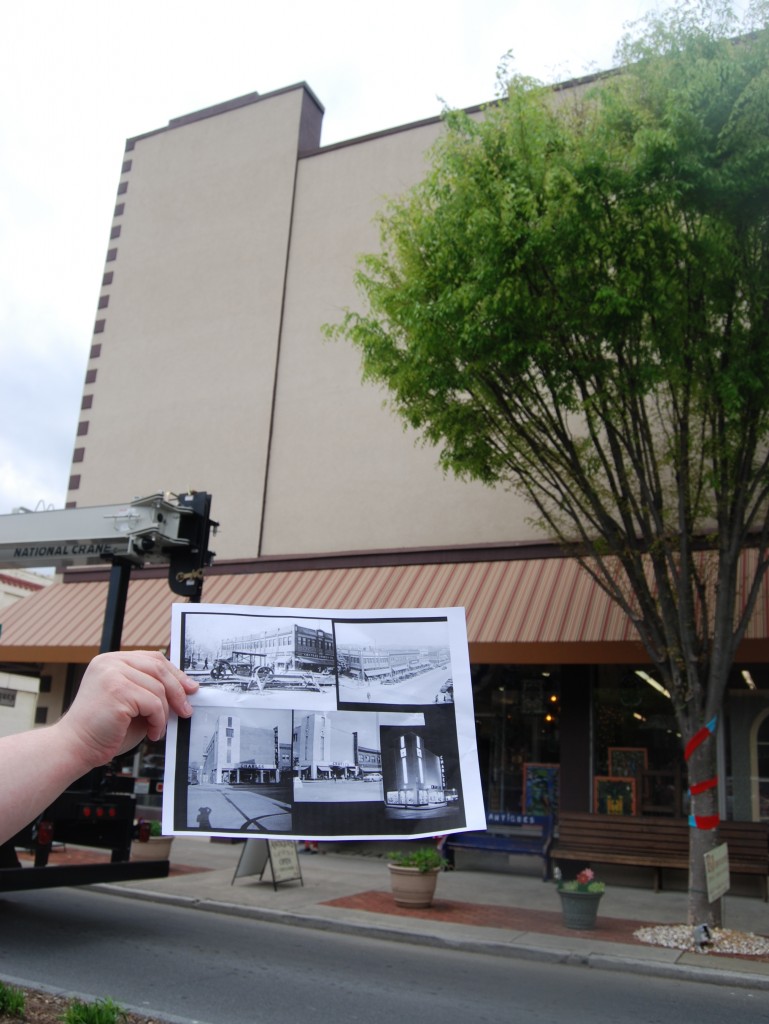 The Charles Store once had a really neat clock tower. 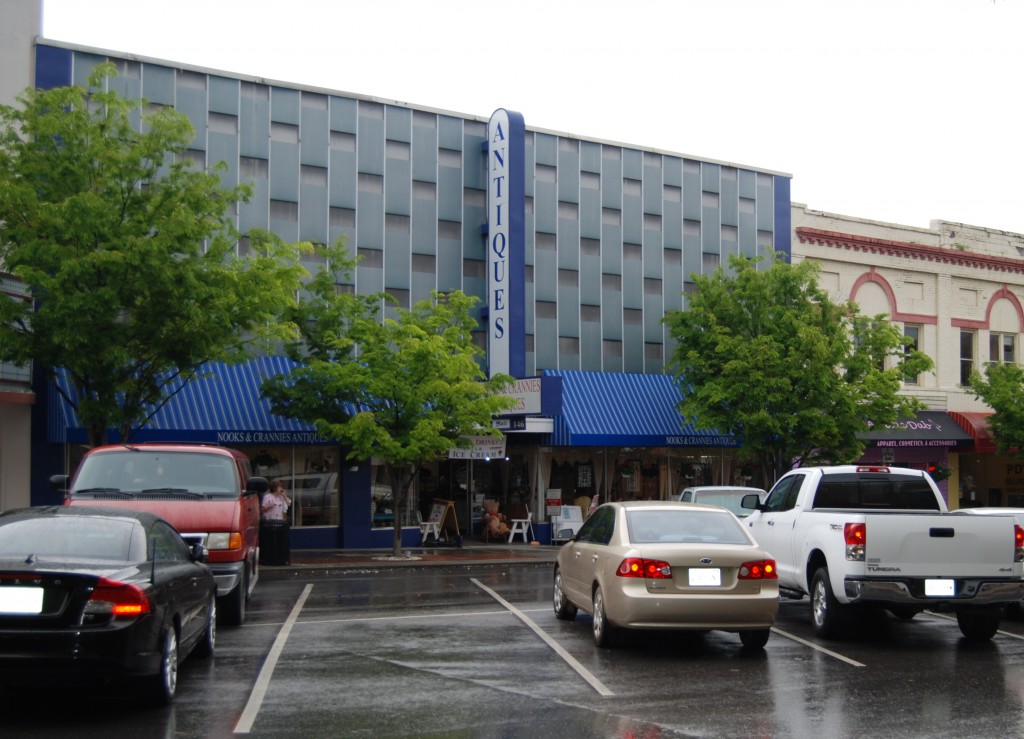 This Antiques mall is currently clad in geometric modernism, but check out how it once looked. 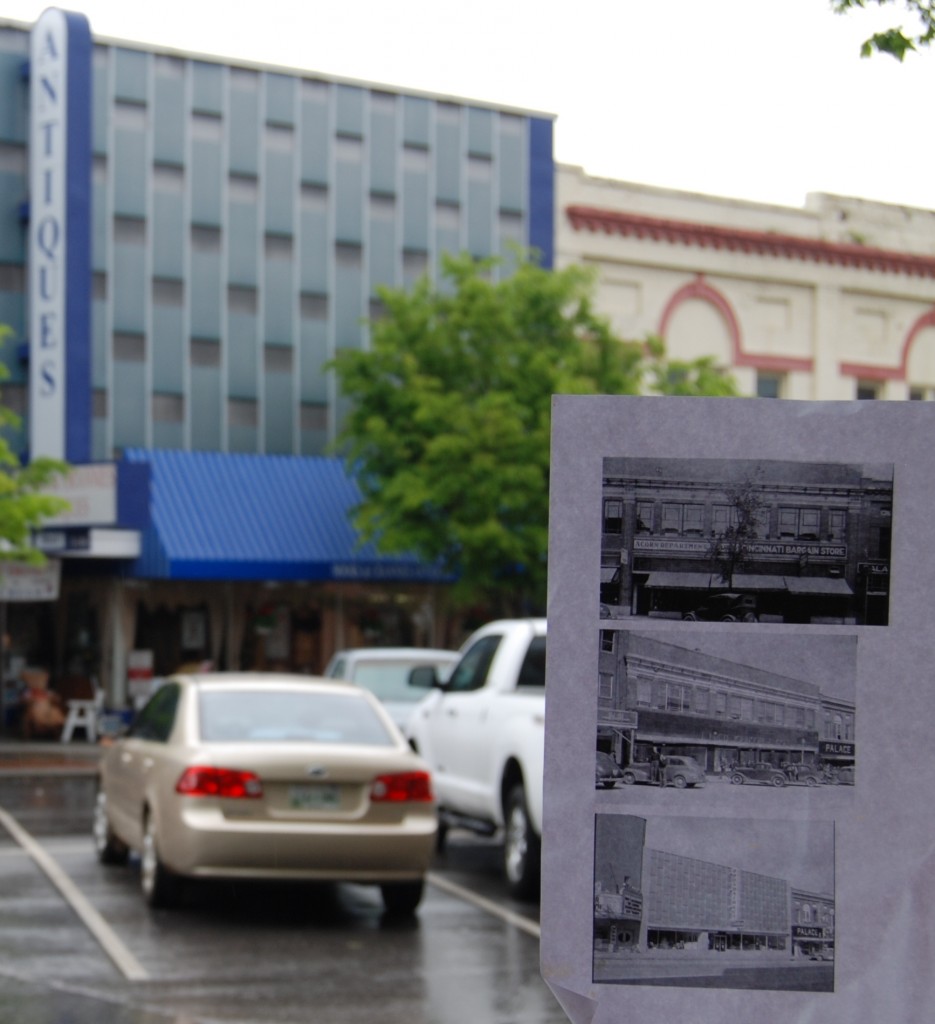 Before it became Broadtstreet Furniture, the J. Fred Johnson Store, and before that the Acorn Department and Cincinnati Bargain Stores, it had beautiful windows. 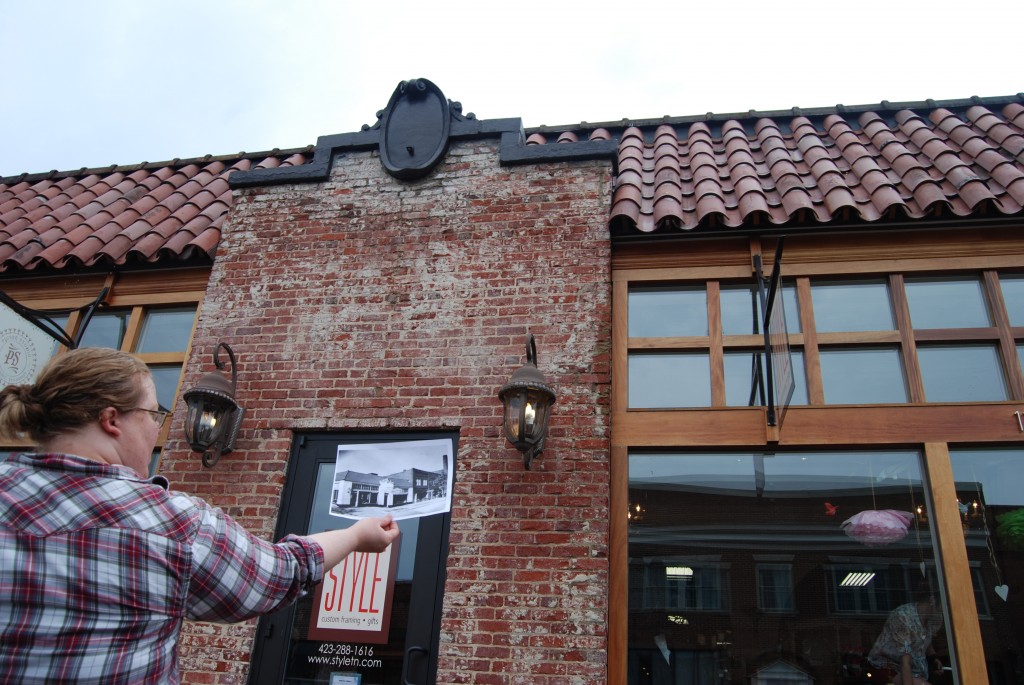 This shop on Market St. has been recently restored. You can see that it was once a corner store, but now it has a next-door neighbor. 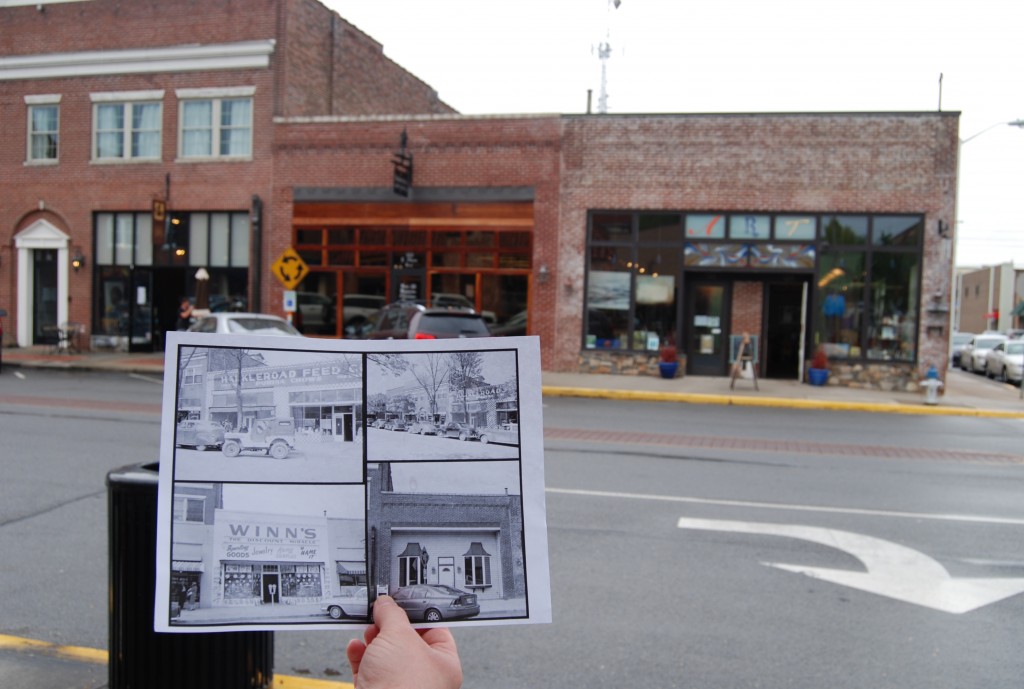 The Harkleroad Feed Store was once one long shop. Now it is divided into two businesses. Some of its incarnations were simply mind boggling.

So, when July rolls around, we hope you will bring your friends downtown, pick up a map, and take a little walk through time. It will be like having your own archiventure!

This entry was posted in Kingsport and tagged Brianne, historic sites, Kingsport, photograph. Bookmark the permalink.