Kingsport: Come Fly with Me

I’ve been tracking some interesting references to the Tri-Cities airport in the S.A. Dorsett Papers (its official name!). In two separate folders there are letters from either someone hoping to apply for a possible position at the future airport, or from someone urging the construction of said airport in order to secure future business.

Today, while performing a newpaper archive search on S.A., I found a February 1931 announcement of a joint meeting between Kiwanis and Rotary Club.  The meeting discussed plans for the location and construction of the future airport in a time frame to qualify it as a mail stop, and even a commercial stop, along the New York to D.C. to Knoxville/Chattanooga route. Two representatives from the Tennessee State Department of Transportation aeronautics division were going to address the members. The newspaper article stated that S. A. Dorsett had been working on this project for an extensive period of time. 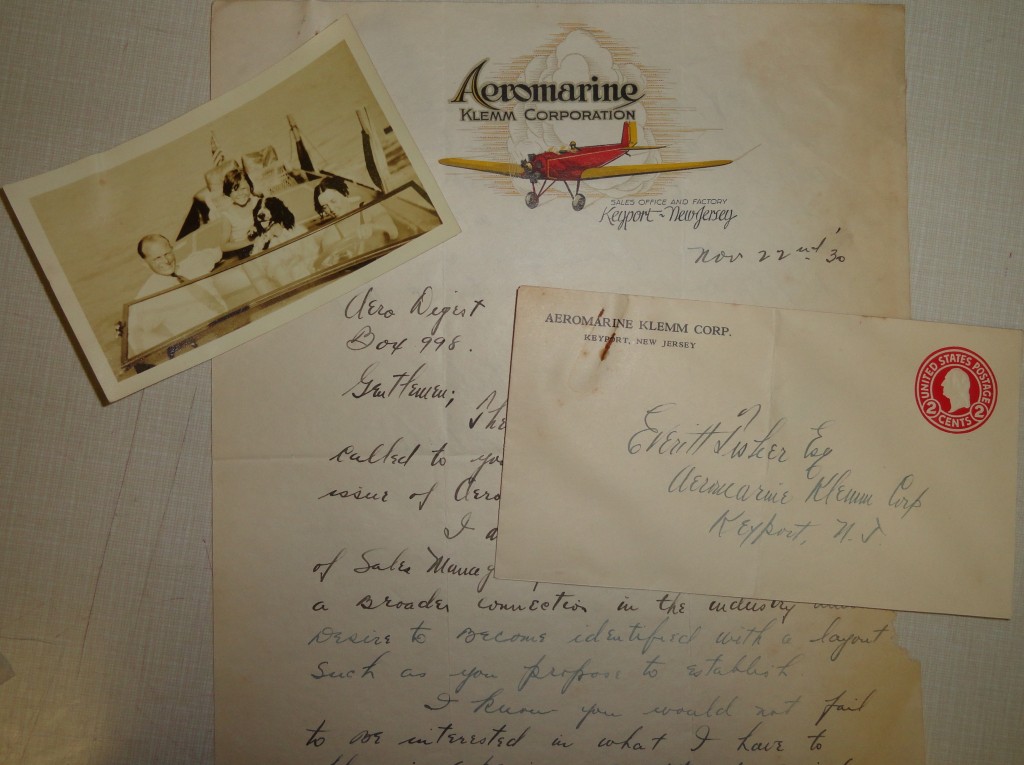 Mr. Fisher wrote from New Jersey to inquire about a job in airport administration. He included this charming photograph of him and his family.

This second letter was addressed to J. Fred Johnson and suggested making improvements to the selected sight in order to secure the potential business of an airline corporation. 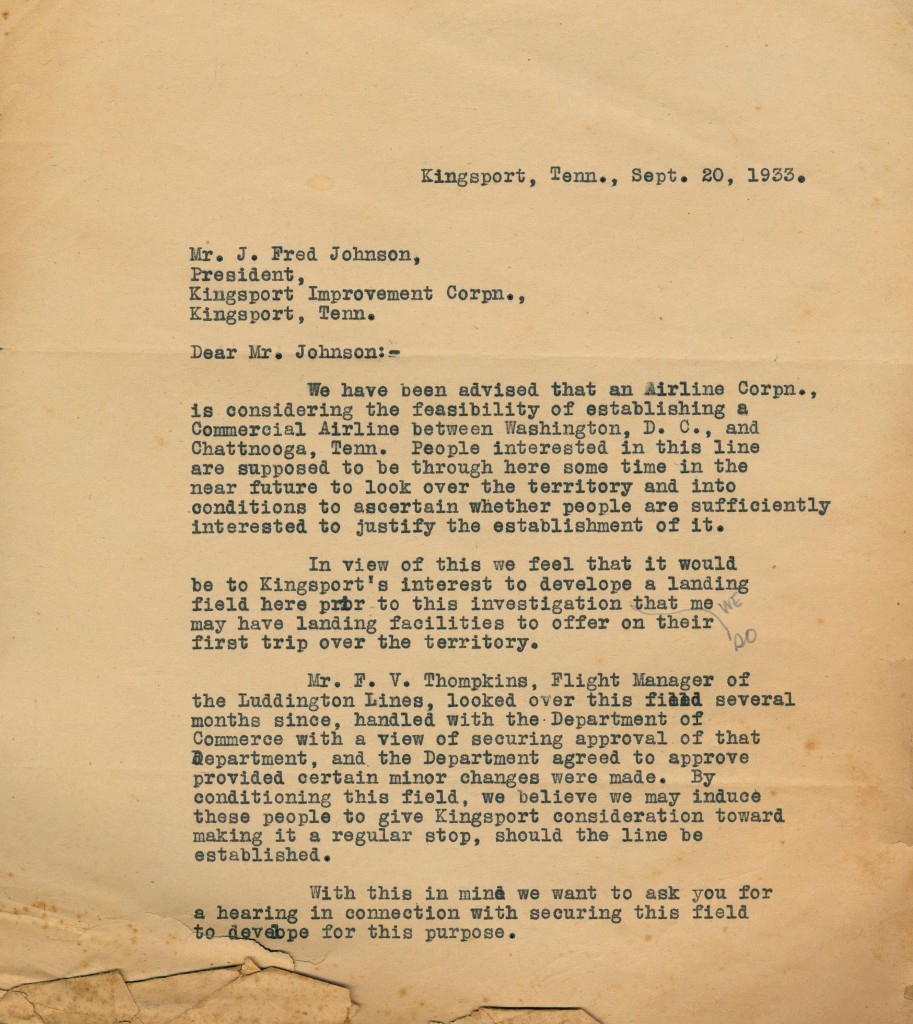 Unfortunately, page two with the letter’s signature is missing.

And now the pieces of the puzzle come together of why one Kingsport businessman’s financial papers would have references to the area’s future airport. The findind aid is nearly finished and all of the other mysteries contained within S. A.’s papers will be accessible to patrons.

This entry was posted in Kingsport and tagged Kingsport, research. Bookmark the permalink.