S. A. Dorsett’s financial papers contain some unusual correspondence between Dorsett and a few business entities whose printed materials and/or products really shine a light on the quackery of the early 20th century and on some of the strange business schemes of the era.

The Hal-A-Fum was a product marketed by the John F. Class Health Co. It is interesting to note that when Mr. Dorsett wrote them about the nervousness and indigestion that he was enduring, they of course recommended that he immediately obtain one of their Hal-A-Fums. I’m pretty sure his symptoms could have been any number of things and the answer would have been the same. 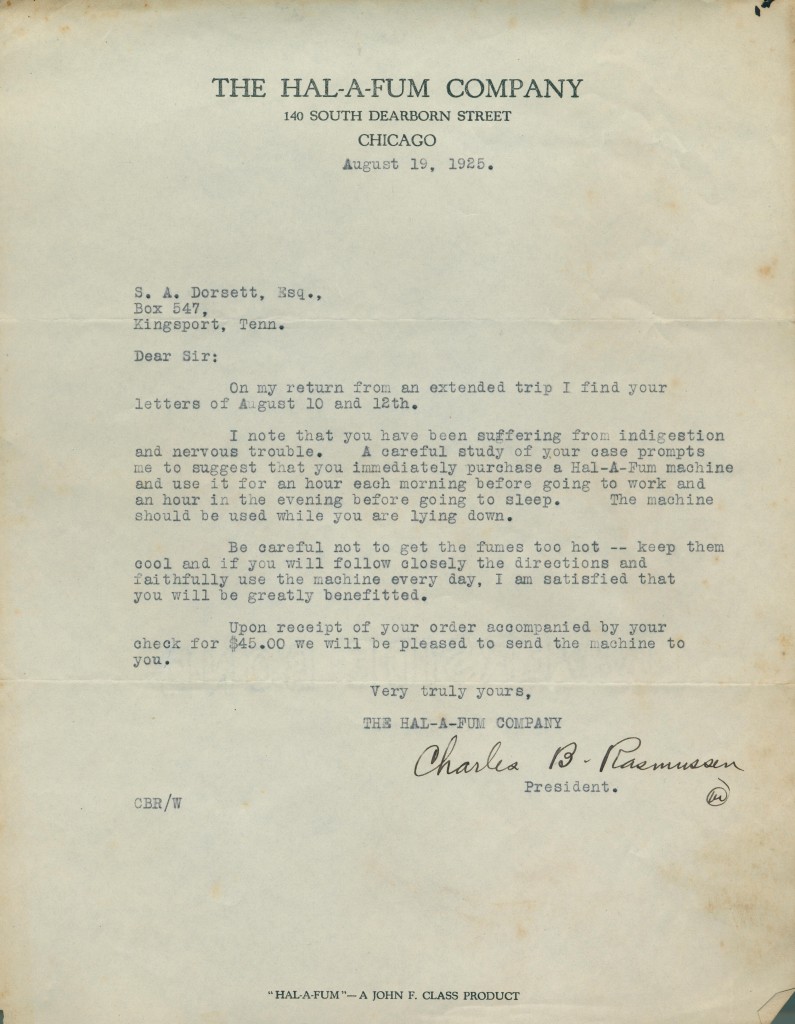 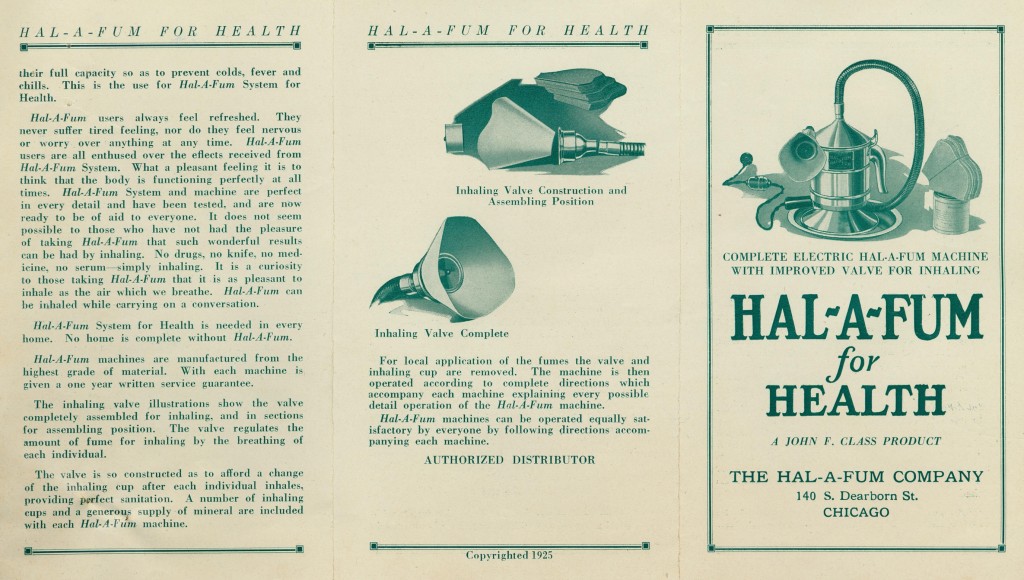 “Hal-A-Fum users always feel refreshed. They never suffer tired feeling, nor do they feel nervous or worry over anything at anytime.”

What exactly is in those miracle fumes?

Two decades later, Mr. Dorsett received a letter and catalog from the International Grapho Analysis Society, Inc. This company was founded in 1929 by Milton N. Bunker. Rather than using the technique of handwriting analysis for forensic purposes, the company promoted its use in business success and to create a renewed sense of life. 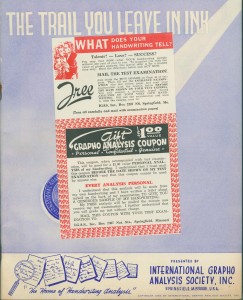 The booklet contains 36 pages of testimonials. This next one is my favorite. 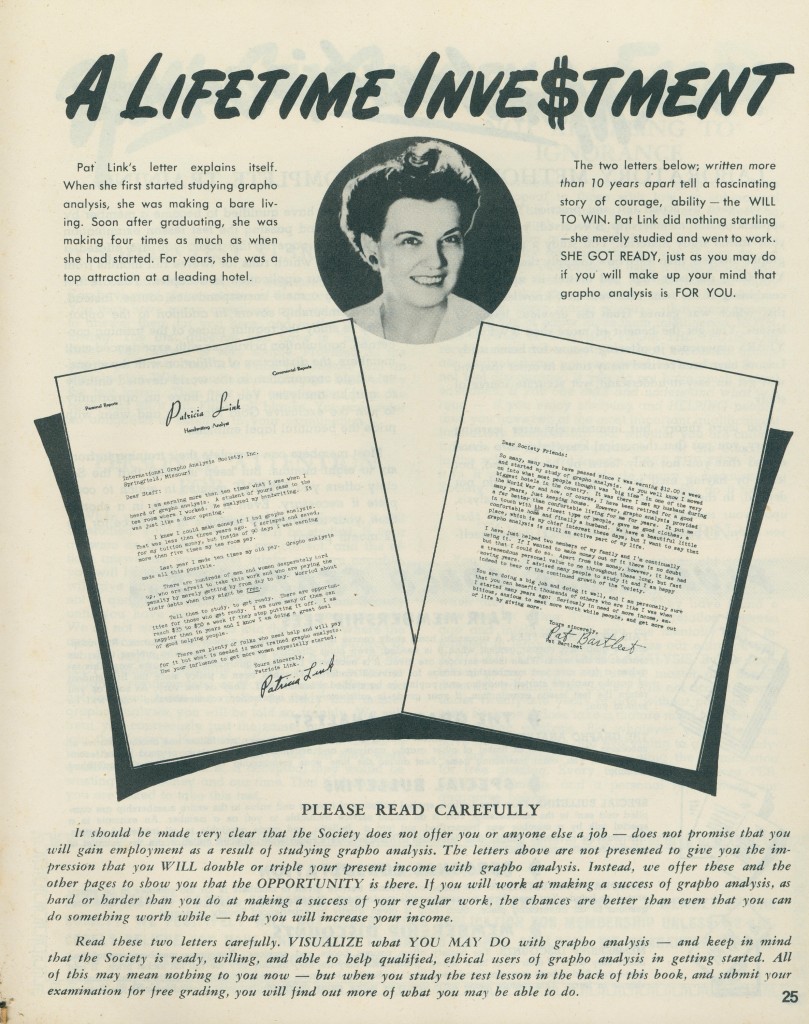 The following one is full of classic gender stereotypes. 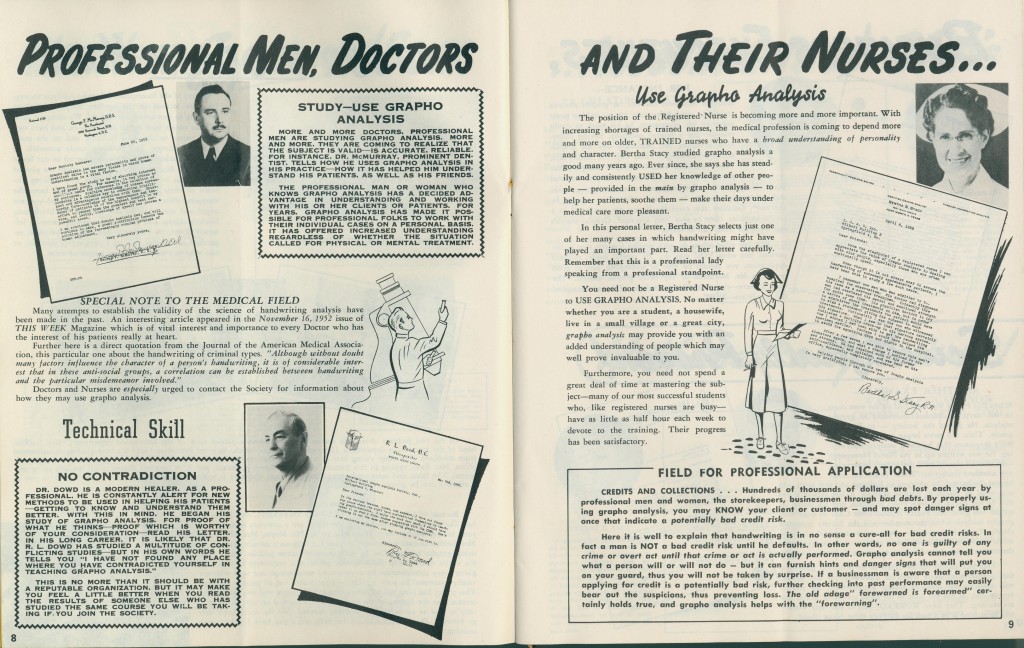 Click to enlarge the nurse’s story. If she had analyzed a patient’s writing sooner, she could have prevented the necessity of shock treatments for his nervous breakdown. Maybe she would have recommended a Hal-A-Fum,

Next is a close-up of the Society’s suggestion to use the technique as a way of determining with whom to enter a business deal. Timely advice for today’s economy, indeed. I love how each suggestion is immediately followed by a disclaimer.

Hope you’ve enjoyed this journey into the weird world of American business. It was an archiventure.

This entry was posted in Kingsport and tagged advertising. Bookmark the permalink.