Kingsport: The Best Man for the Job

Yesterday, I stumbled upon the most fascinating exchange of letters. Well, I say stumbled, but I have had that particular folder in my hands at least three different times, but for some reason the date and title of the folder really jumped off of the finding aid and made me go back to it a fourth time (KCMC 516 Muriel C. Spoden Collection, Series X-C).(Editor’s note: The title of this post was changed 2/17/13)
Apparently, during the early years of Kingsport becoming an industrialized city, when establishing a public school system was important to its reputation and citizenry, and when J. Fred Johnson was what some called a “one-man board of aldermen;” a rumor began to circulate that Kingsport was looking to replace its female principal with a male.

In this series of letters, you will read one from the acting principal at Mary Hughes Institute (an elementary school by the same name still exists, today) who, prompted by the ciculation of this rumor offered himself to Mr. Johnson as a candidate for the job of principal. Next, you can read Johnson’s response to Mr. Jones. And, finally, you will see his follow up letter of complete endorsement to Miss Mitchell as a final effort to extinguish the rumor. 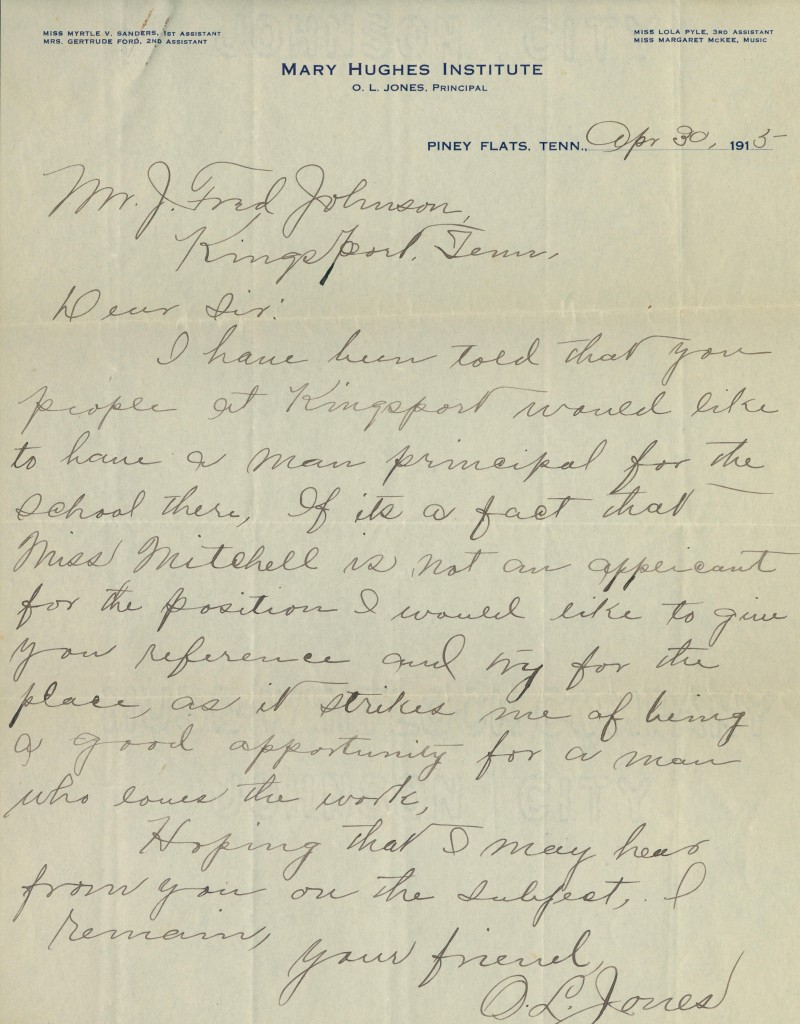 “I have been told that you people at Kingsport would like to have a man principal for the school there.” 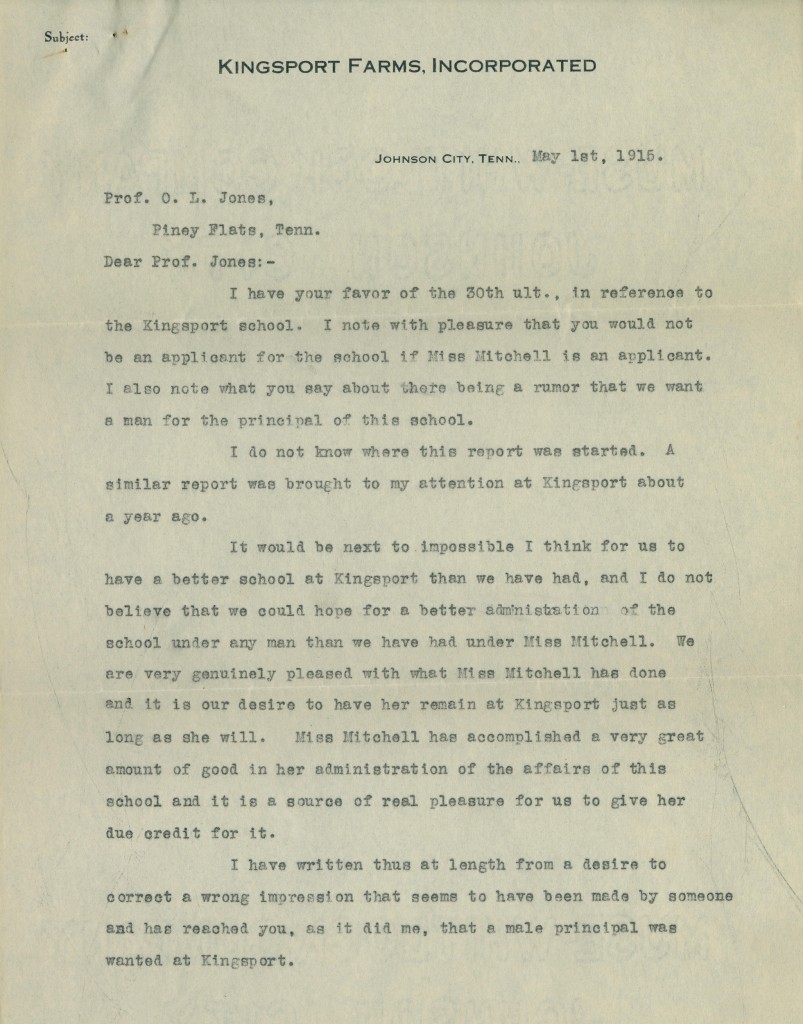 “I have written thus at length from a desire to correct a wrong impression that seems to have been made by someone . . . that a male principal was wanted at Kingsport.” 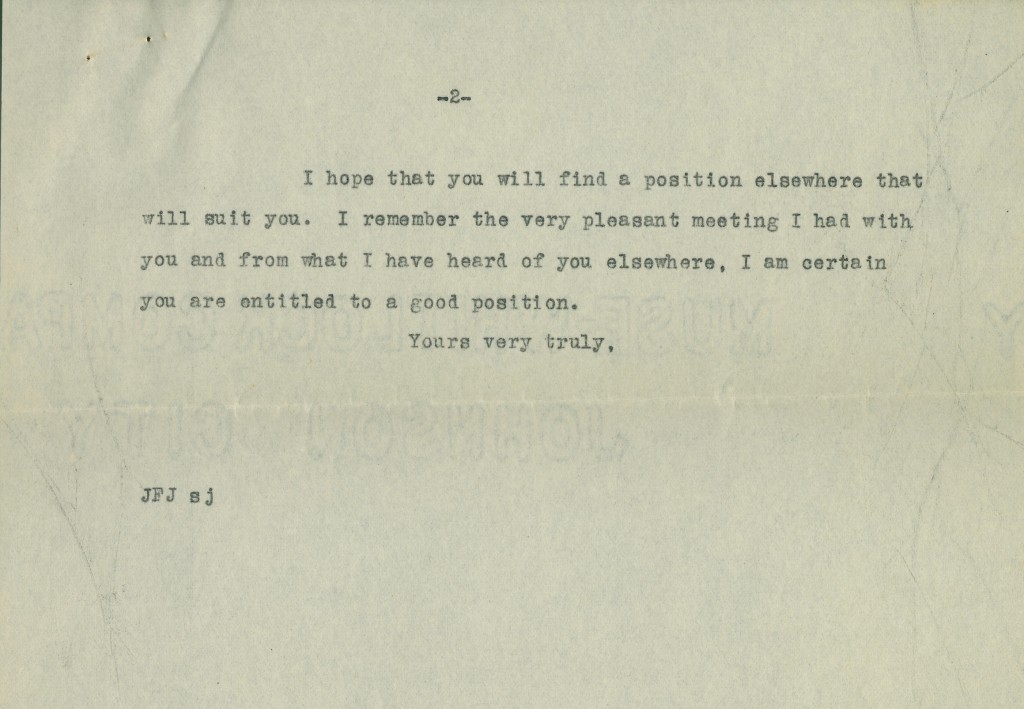 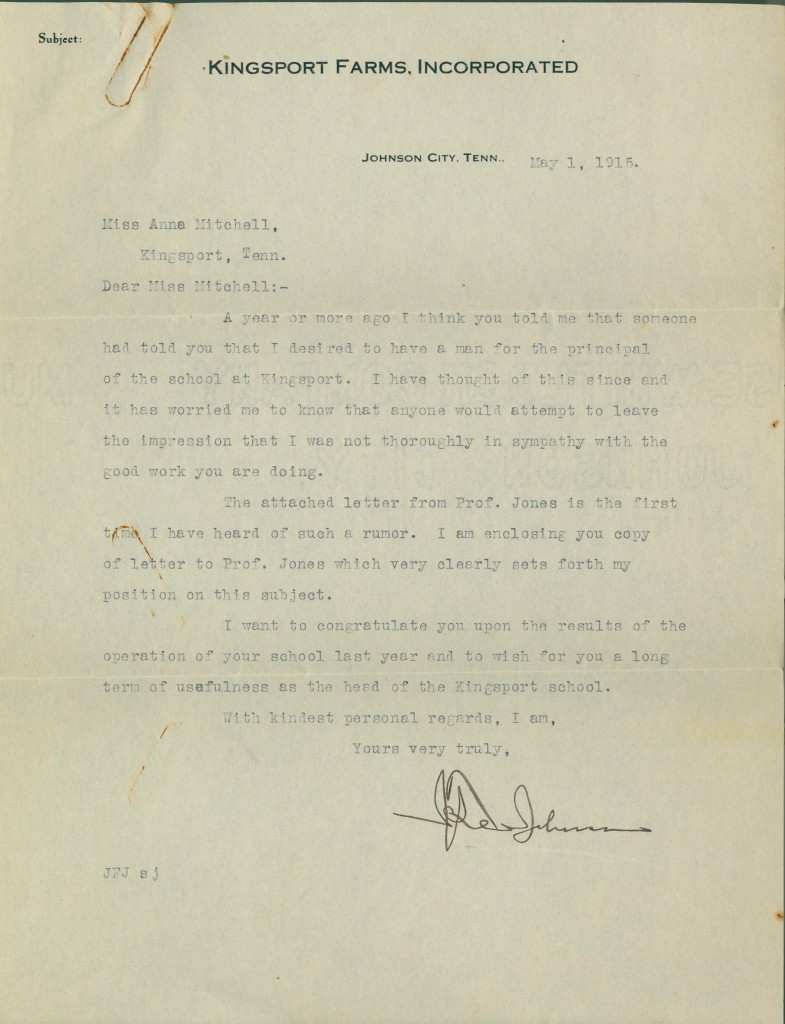 “. . . it has worried me to know that anyone would attempt to leave the impression that I was not thoroughly in sympathy with the good work you are doing.”

Way to go J. Fred for choosing and remaining faithful to a woman regardless of any pressures to replace her. As for Mr. Jones, I don’t know exactly what a “man-principal” is, but I guess “you people” at Kingsport found the concept rather frightening.

This entry was posted in Kingsport and tagged correspondence, Kingsport. Bookmark the permalink.